My Paternal Grandfather, Harold Murrell--Part one. 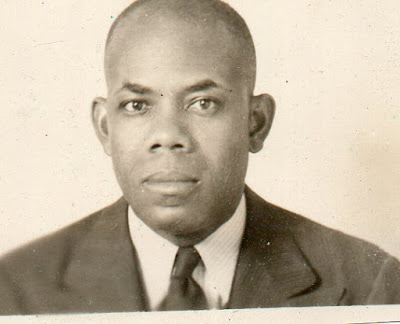 Happy New Year to everyone in the blogosphere! I have decided to start things off by diving into my paternal line. My paternal grandfather was Harold Osmond Murrell (August 16, 1903--October 9, 1996.) What a sweet man. I am blessed to have so many fond memories of him. This picture is from a wallet of his from when he was a young man 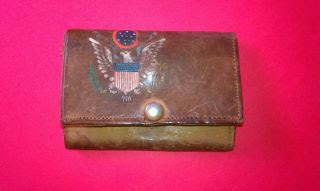 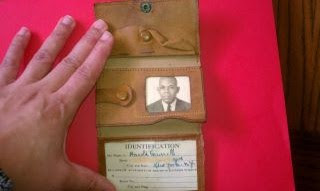 The story of grandfather begins back in St Philip, Barbados.  He was one of four children born to a George Murrell, a carpenter, and a Frederica Augusta Inniss. The two daughters Lillian and Edna never married. Rupert, my grandfather's older brother did marry and had a family. There were not many opportunities on the island beyond sugar cane and fishing so my grandfather sought out opportunity elsewhere. Rupert being the oldest took on the responsibility of caring for his sisters and his own family.

A couple of years back, my father told me the story of when my grandfather left the island. My grandfather went down to an area on the beach where there were small boats that had to be rowed out to the larger ship that would leave the island. My great-grandparents accompanied him and saw him off. There he was a young man all excited, gung ho to seek out opportunities elsewhere. He was about to go on the biggest adventure of his life. He gets on the row boat and it sets off to the large ship. He turns and waves to his parents and that's when it hits him. In that moment, he realizes that he is never going to see them again. He began to cry. When I heard this for the first time I wanted to reach back in time and space and give my grandfather, the young man who just left his family behind a huge hug. I wanted to comfort him.
Barbados Murrell family