Showing posts from January, 2019
Show all

A Year Since You Left 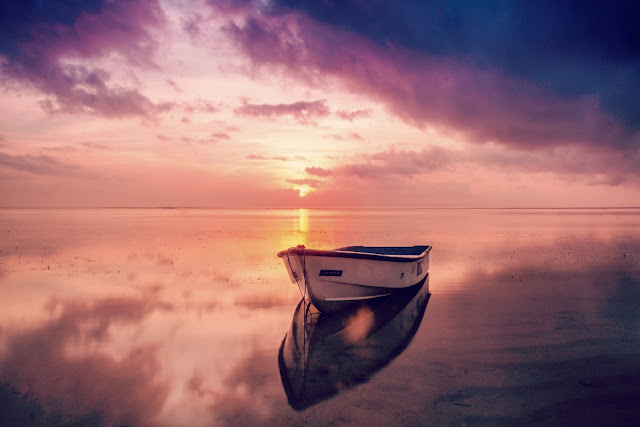 It's been a year since you left, Dad. Off you've gone on your next great journey. No need for luggage this time. I hope you left all that old baggage behind anyway. Stay light, stay free, stay true. Allow your heart to remain open. Love you.
Post a Comment
Read more

52 Ancestors In 52 Weeks 2019 Edition: Week 4 --I'd Like To Meet Frederica Augusta Inniss Murrell 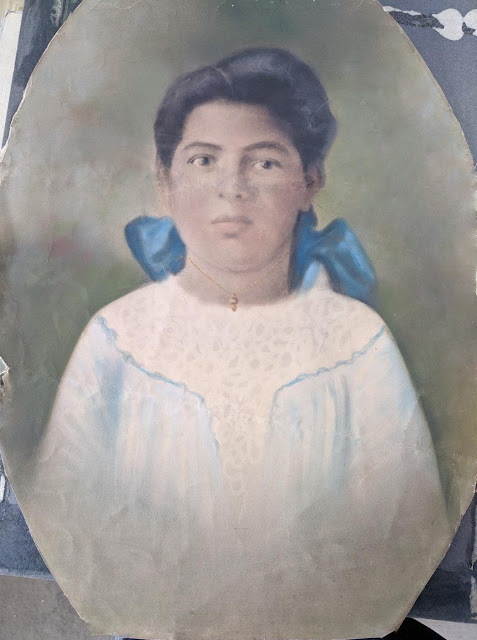 If you are new to the 52 Ancestors In 52 Weeks Challenge, be sure to check out Amy Johnson Crow's website for more information. Here's the link:   https://www.amyjohnsoncrow.com/52-ancestors-in-52-weeks/ Week 4: I'd Like to Meet Which ancestor would you most like to meet?  I'd like to meet Frederica Augusta Inniss Murrell.  Who was she and why would I like to meet her? Well she was my paternal great grandmother. She was born in St Philip Parish, Barbados probably sometime around 1870. She was the mother of my grandfather Harold Osmond Fitzherbert Murrell . My grandfather was a very sweet gentle spirit and I am truly blessed to have known him. I imagine that some of that sweetness he must have inherited from his mother. I would love to ask her questions about her own childhood but of greater interest to me would be to learn more about her connection to her son.  Lastly, I could then figure out for certain if this portrait that I inherited last year is of her.
1 comment
Read more 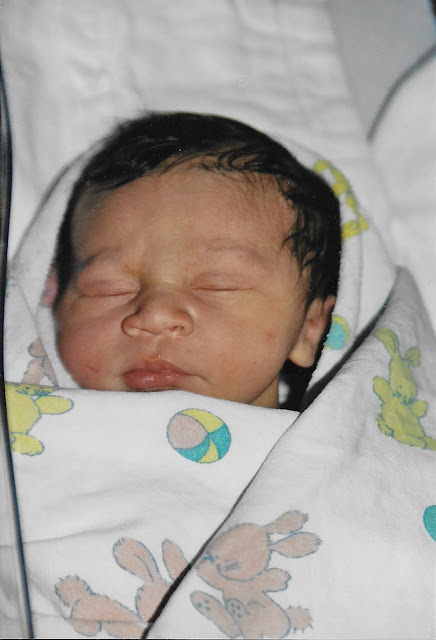 This little baby turned into  .... ...this handsome young man who is now taller than his father. Happy Birthday Noah! Love you to the moon and back.
1 comment
Read more

If you are new to the 52 Ancestors In 52 Weeks Challenge, be sure to check out Amy Johnson Crow's website for more information. Here's the link:   https://www.amyjohnsoncrow.com/52-ancestors-in-52-weeks/ Week Three: Strange Name On it's own, I don't find the name Jonas to be strange.  I think the meaning of the name is quite beautiful. According to Wikipedia , the name Jonas is of Hebrew origin meaning dove, peaceful being, accomplishing, and a gift from God. It's a common male name in some countries but it is unusual to find women with this name. I happen to have two women in my family tree who were named Jonas.  The first was my maternal 2nd great grandmother Jonas Bryant. She was born March 15, 1867 in Carteret County, NC. You can read more about her life here . Jonas Castleman Johnson Barco July 25, 1932--March 12, 2017 My other relative named Jonas was Jonas Castlemann Johnson Barco. She was my 1st cousin 2x removed. She was born on July 25,
1 comment
Read more 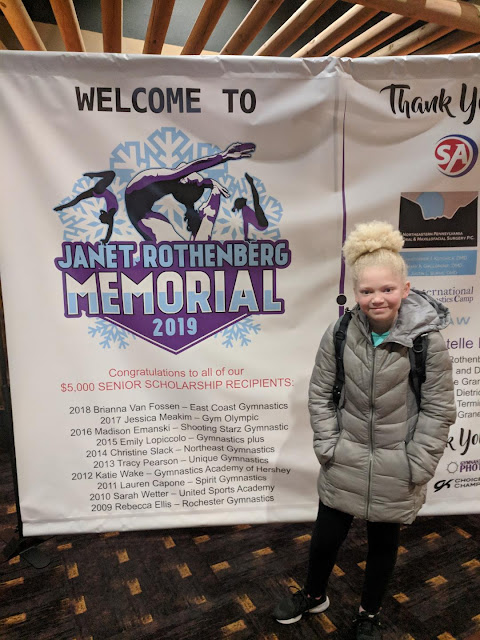 Thankfully, the Winter weather held off long enough for my daughter and I to make it to Mt. Pocono, PA this past weekend. No problems getting there on Saturday. Coming back, I was very thankful that I was among a caravan of folks traveling on I-81N behind a salt truck. Thank you Mr. Salt Truck for allowing us to make it home safely. How did ladybug do? She had a real solid performance and she even made a new personal best in vault of 9.450! Woohoo! Looking a little worried. Cheer up ladybug, you got this.  5th place on beam. Awesome job! Here's another sweet picture. This was for all around. Alyssa tied for 9th place with one of her teammates while another teammate came in 7th on her left. Her scores: Vault: 9.450   Bars:  8.800   Beam:  8.800 Floor:  9.000 All around:  36.050 Awesome job, sweetie :)
Post a Comment
Read more 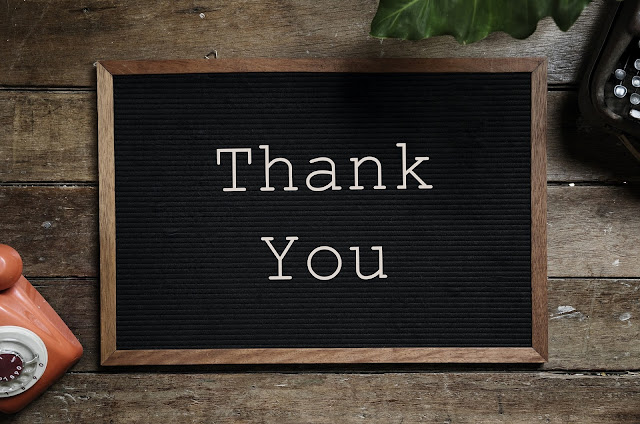 I cannot express enough how kind and generous fellow genealogists, researchers, and family historians can be . This week I decided to pay a visit to the Find A Grave website to see if there were any updates to one of my ancestral places, the area around Riverdale, NC. I saw the results of all the hard work that fellow researcher Nathaniel Glasgow had completed last year. He and I had connected last year via my blog post that had I had written about how I learned that my maternal 3rd great grandfather Mortimer Mitchell had worked the lands of Col. Peter G Evans from about 1860--1864. You can check out that post here . Nathaniel traveled around Craven County, NC photographing old cemeteries and uploaded his work to Find A Grave. Now you are probably wondering how this helped me figure out Mortimer Mitchell's neighborhood. Let me show you.  Small family cemeteries are located on private property. Who's property? Well right now I couldn't give you the specifics of who ow
2 comments
Read more 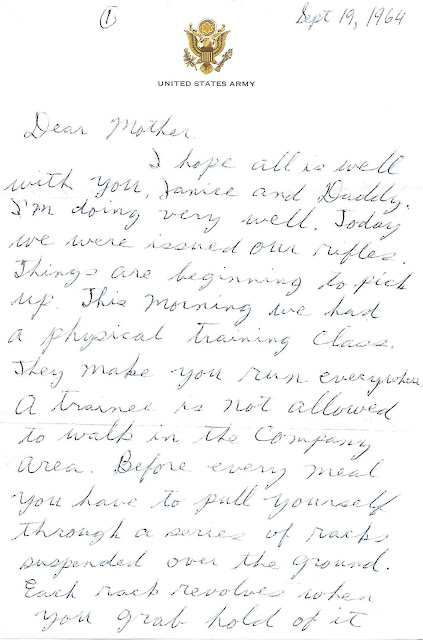 If you are new to the 52 Ancestors In 52 Weeks Challenge, be sure to check out Amy Johnson Crow's website for more information. Here's the link:   https://www.amyjohnsoncrow.com/52-ancestors-in-52-weeks/ Week 2: Challenge What is genealogy without a little challenge? Two ways that you might interpret this prompt is to share an ancestor who was a challenge to find or an ancestor who faced his or her own challenges.  I can't believe it's almost been a year since my dad died. The first part of 2018 was a bit of blur as a result. I put on hold researching my ancestors for a good chunk of the year. I needed time to process things. I needed time to just be.  I still have a bunch of memorabilia from him I have to process. I created albums and filed a lot of paperwork. I enjoyed reading letters my dad wrote when he went through basic training. As far as I know, this was the first time my dad had spent a significant amount of time away from home and his family. His tone
Post a Comment
Read more 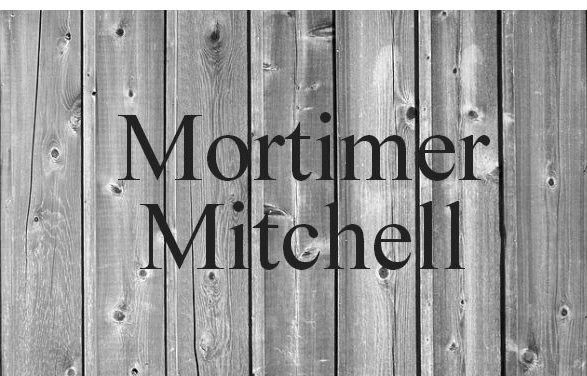 Okay, this year I'm going to do my darnedest to keep up with this challenge. First, if you are new to the 52 Ancestors In 52 Weeks Challenge, be sure to check out Amy Johnson Crow's website for more information. Here's the link:   https://www.amyjohnsoncrow.com/52-ancestors-in-52-weeks/ Week 1: First Who was the first ancestor you found who you didn't personally know? Who was the first ancestor to arrive in the country? Who was the first child in one of your ancestral families? First to go to college? First husband out of a string of many? Topics are vague for 52 Ancestors Challenge to allow for creativity and individual interpretation. I decided to write about the first ancestor that popped up in my mind for 2019. He's my maternal 3rd great grandfather Mortimer Mitchell.  If you've been a reader of my blog, then you have probably read some of the posts that I've written about him. If you are new here then you can get acquainted with him by reading
Post a Comment
Read more
More posts