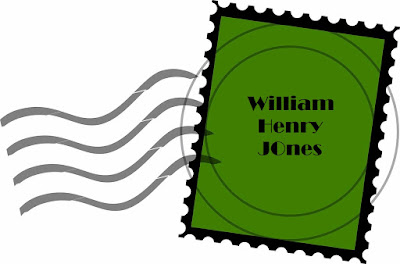 
Week 36 (September 3-9) – Working for a Living: September 7 is Labor Day in the United States. Write about an ancestor and his or her occupation.

This week's ancestor is William Henry Jones, my maternal 2nd great grand uncle. He was a brother of my 2nd great grandfather Alexander Hamilton Jones and resided in Morehead City, NC.

From my Jones family line, I've found quite a few ambitious individuals. William most definitely was one of them. An interesting thing I learned about William Henry is that he was at one time the postmaster of Morehead City. That's right, an African American postmaster in North Carolina and before 1900!

Here's a closeup of the above entry: 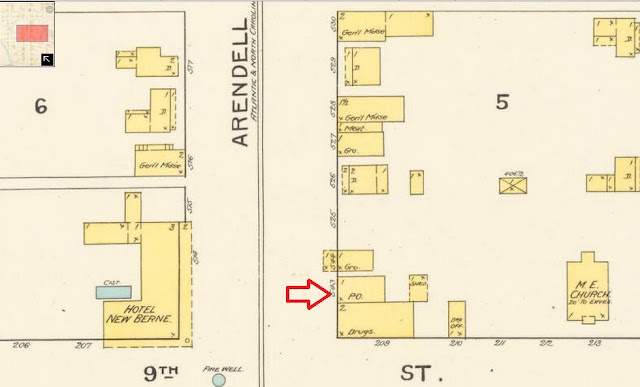 This is a portion of Sanborn Insurance Map of Morehead City from 1893 that shows the location of the post office.

The post office was an integral part of the community. It was where people received letters, news and information.  To learn more about what it was like to be a postmaster during this time period, I suggest checking out this article that was written by Claire Prechtel-Kluskens called, The Nineteenth-Century Postmaster and His Duties. Here's the link:  https://twelvekey.files.wordpress.com/2014/10/ngsmagazine2007-01.pdf

William Henry Jones was born on or around July 5, 1854 in Onslow County, NC to Cesar Jones and Mary H Mitchell Jones. He settled in Morehead City, NC along with the rest of his family after the Civil War. He married Emma Shepard on November 16, 1881 and together they had eleven children, nine of which were still living as of 1910. His occupation that year was listed as "keeper" of a "restaurant."

After becoming the postmaster of Morehead City,William Henry Jones became ill with consumption. His failing health was mentioned in a newspaper article from 1895 that I just recently came across. This news piece provides details regarding an insurance fraud case that was tried in Morehead City. Due to the length of the article, I will share it via a series of upcoming posts.