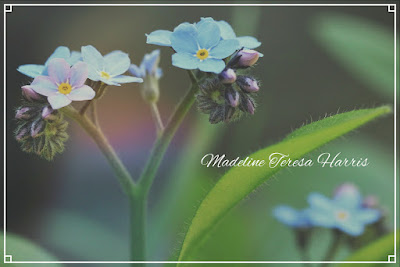 I already wrote about Madeline's mother Lovie Ann Jones Watson here on this blog. Even though I don't know much about my 1st cousin 2x removed, I still it is important to honor her life and so I've chosen Madeline Teresa Harris as my ancestor #33. 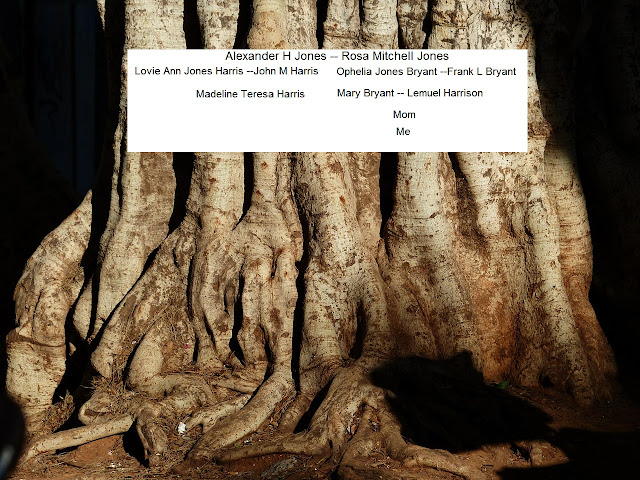 Madeline Teresa Harris was born June 23, 1905 in Morehead City, NC. Her parents, Lovie Jones and John M Harris, were married in 1902 but by 1910 were no longer together.

In 1910, Madeline lived with her mother, grandparents and two aunts on Fisher Street in Morehead City. With her father no longer in the picture and her mother working as a nurse, It appears that her grandma Rosa Jones stepped in to fill the void.

In my post, Some Answers...More Questions, I highlighted some of the things Rosa Jones left for her next of kin when she passed away. Rosa referred to Madeline Harris as her daughter instead of granddaughter in her will. I wondered whether the wording in the will was a mistake or did it more accurately describe the nature of the relationship between Madeline and Rosa. It's been a little more than two years since that writing. I am now feeling more certain that Rosa was more of a a mother figure to Madeline than her own mother. Rosa had more flexibility in her schedule. She worked at home as a laundress and collected rents from folks who rented land from her. She would have had more time to be there for a young child. This wasn't the only time my 2nd great grandma Rosa would care for a grandchild. My great grandmother Ophelia's oldest child, Frank Mitchell Bryant, was also raised by Rosa. I believe this was so Ophelia could finish her schooling to become a teacher.

I wonder what it was like for young Madeline Harris. What did she look like? What sort of work did she do when she grew up? Did she find happiness?

For now, these questions remain unanswered. 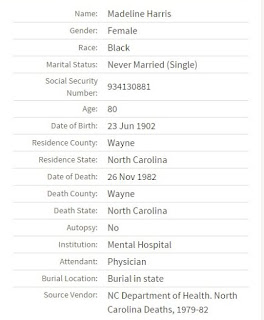 Madeline Teresa Harris died on November 26 1982. At the time of her death, she was a patient at Cherry Hospital in Goldsboro, NC. I don't know what sort of mental illness she was suffering from nor when she was admitted to the hospital.

So many details of her life are missing. I wish I could get a better glimpse of the person she once was. 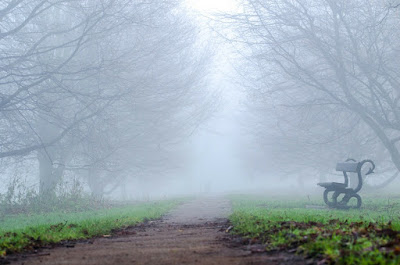