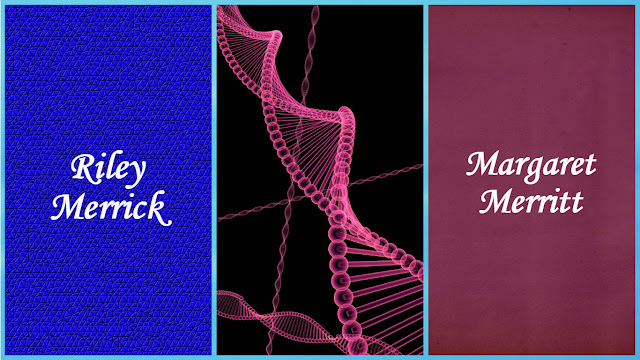 Now who the heck is Riley Merrick, you're probably asking. Well, Riley Merrick is someone who can be found on the same page of the 1880 Federal Census as my maternal 3rd great grandparents Thomas Whitney and Margaret Merritt Whitney. Riley and my ancestors resided in Swan Quarter, NC that year. When researching Hyde County records in the past I noticed that sometimes individuals with the surname of Merritt, sometimes were recorded as Merrick and vice versa.  I have always had a hunch that there was some sort of connection between my 3rd great grandmother Margaret and him but was unable to prove it. That is, until now.

First, here's a visual of my connection to Margaret Merritt Whitney. 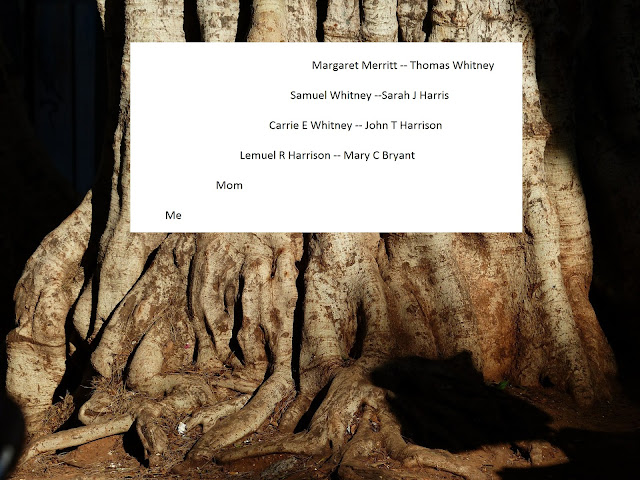 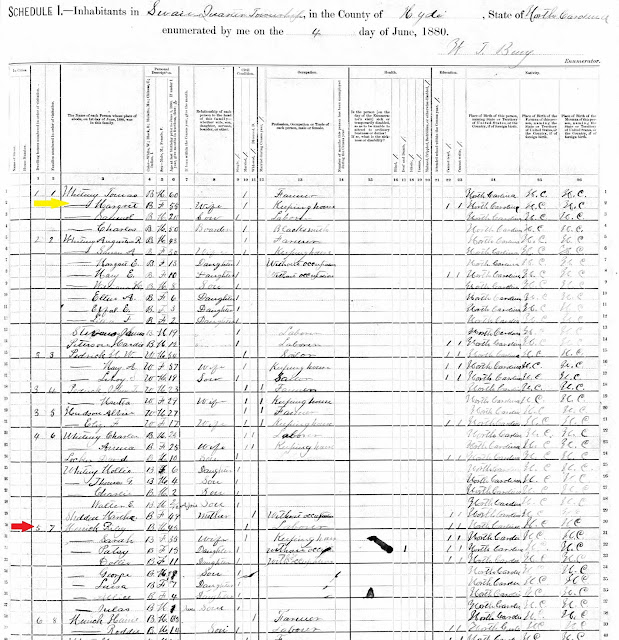 
Thanks to DNA, it looks like my hunch was probably right. I have found a DNA cousin who is a descendant of Riley Merrick. Her relationship to him was that he was her 3rd great grandfather. According to Ancestry.com, it shows us listed as 4th to 6th cousins. So what was the connection between Riley Merrick and Margaret Merritt Whitney?

First, here's what I know about Riley Merrick. I am putting this out there just in case anyone else who may be researching him should happen to Google his name. Hopefully, that will lead them to this post.

He was born around 1835 in Hyde County, NC. On his death certificate, his parents were listed as a Harry Merrick and Patsy Evans of the same county. His daughter Dollie McCabe was the informant on the document so I tend to give credit to the validity of the information. According to the Federal Censuses, he resided in Hyde County, NC from 1870 through 1900.  By 1910, he called New Bern, NC his home, following the same migration pattern of my 2nd great grandfather Samuel Whitney, Margaret Merritt Whitney's son.

His wife's name was Sarah and they were married around 1860. The pair had at least 12 children with only 5 still alive in 1900. The children I've found names for thus far are as follows:  Patsy, Edwin, Henry, Dollie, George, Hester, Louisa, Alice, Julius, and Sampson. Riley Merrick died July 23, 1919. He's buried at Greenwood Cemetery in New Bern, NC.

My 3rd great grandmother Margaret was born between 1810 and 1825. Riley was born around 1835. It's possible they could have been siblings especially if Margaret's date of birth was closer to 1825. However, this span in age makes me lean towards another possibility. They might have been cousins. 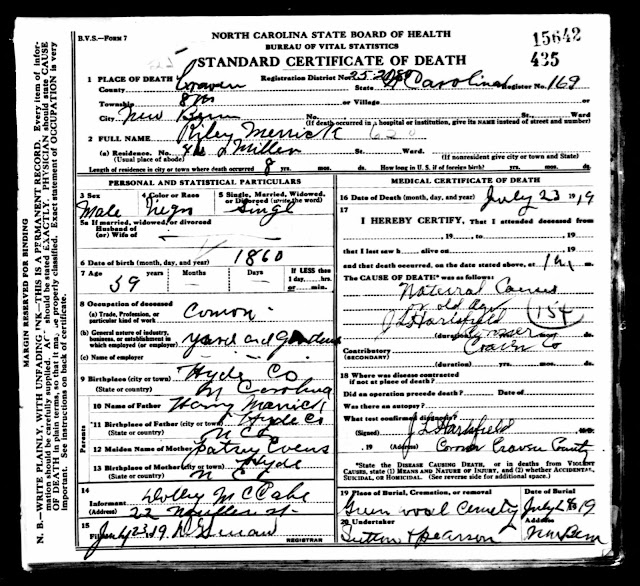 According to the death certificate, Riley's parents were a Harry Merrick and Patsy Evens of Hyde County, NC.  This Harry Merrick I believe is the same one found on that page of the 1880 Federal Census I featured earlier in this post.


There's Harry or shall I say "Harrie Merrick" listed just below Riley Merrick's family. Based off this, he was born around 1815 making him a candidate for possibly being Margaret Merritt Whitney's brother.

If I follow Harry Merrick's trail, I might get closer to finding out who my 3rd great grandmother's parents were.