On it's own, I don't find the name Jonas to be strange.  I think the meaning of the name is quite beautiful. According to Wikipedia, the name Jonas is of Hebrew origin meaning dove, peaceful being, accomplishing, and a gift from God. It's a common male name in some countries but it is unusual to find women with this name. I happen to have two women in my family tree who were named Jonas.

The first was my maternal 2nd great grandmother Jonas Bryant. She was born March 15, 1867 in Carteret County, NC. You can read more about her life here. 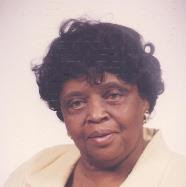 My other relative named Jonas was Jonas Castlemann Johnson Barco. She was my 1st cousin 2x removed. She was born on July 25, 1932 in Morehead City, NC. Her parents were Robert Henry Johnson and Mamie Cole Bryant. Mamie was my maternal great grandfather Frank Bryant's sister. Jonas Johnson was named after her grandmother Jonas Bryant. Sadly, Jonas Barco passed away on March 12, 2017. I did get a chance to speak with her a few years ago and I wrote about that on this blog. You can read all about that experience in these posts:

Now That's What I Call A Phone Call! -- Part one

Now That's What I Call A Phone Call! -- Part two

Now That's What I Call A Phone Call! -- Part three


Now why the name Jonas to begin with? I think the story of this goes back to my 3rd great grandfather Henry Bryant, Jonas Bryant's father. This is just me speculating though, but I would bet that Henry had either a brother or perhaps his father was named Jonas. At the very least, I would think he chose this name because it belonged to someone he either loved or respected.