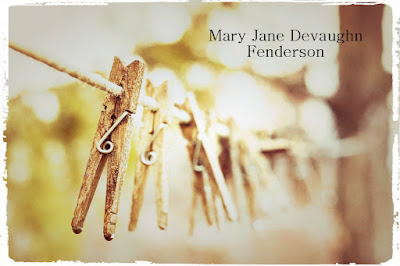 
I am taking a break on working on Mary Jane's father, Warren Devaughn, and have decided to highlight Mary's life for this week's post. If you missed my post about Warren, here's the link:  I May Have Caught A Glimpse Of Warren Devaughn.

My connection to Mary Jane Devaughn Fenderson is through my Jones family line which is on my mother's branch of my family tree. Specifically, my relationship to her is that she's my 1st cousin 3x removed. 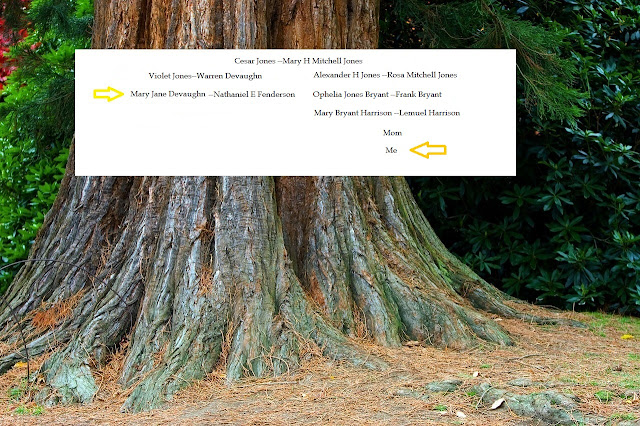 Mary Jane Devaughn was born most likely sometime around October 1867.  I believe her birth month was October based on information found on the 1900 Federal Census. The year is based on her age listed on her marriage record to her husband Nathaniel E Fenderson.

She was one of two children born to Violet Jones and Warren Devaughn of Morehead City, NC. Mary Jane Devaughn married Nathaniel E Fenderson on February 12, 1894 in her hometown.

My 2nd great grandfather, Alexander Hamilton Jones, was one of the witnesses at their wedding.

By 1899, Mary Jane Fenderson and her husband Nathaniel Fenderson had established themselves in Philadelphia, PA.

They were renting an apartment at 1321 Lombard Ave and Nathaniel was working as an "expressman." Mary was keeping house.

It looks like they had one child who died prior to 1900. From the records I've reviewed thus far, it appears they didn't have any more children.

Mary and Nathaniel were both enterprising people. By 1910 they owned their own home at 1326 Lombard Street in Philadelphia. My 1st cousin 3x removed had her own laundry business while her husband's occupation was listed a "teamster." The industry he worked in was described as "moving vans." 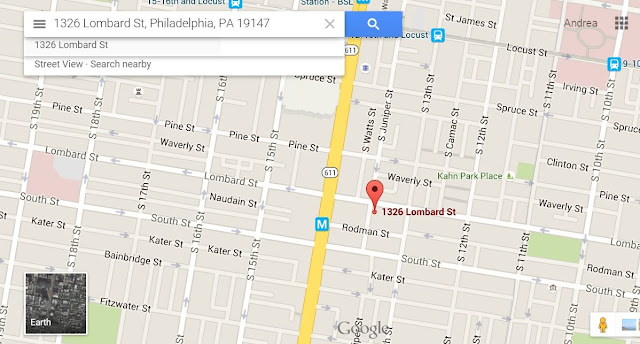 Image courtesy of Google Maps.
Looks like their home was torn down to make
room for an apartment building.

It appears that the laundry business turned into a joint enterprise by 1917.

By 1930, Mary Jane Fenderson had retired from the laundry business and was listed as having no occupation on the census for that year. Five years later she passed away on March 22, 1935. No cause of death was shown. I wonder if she was ill or if she died just from old age. 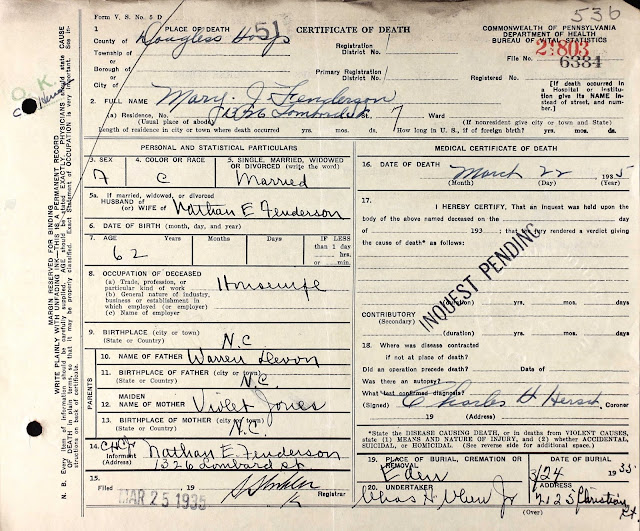