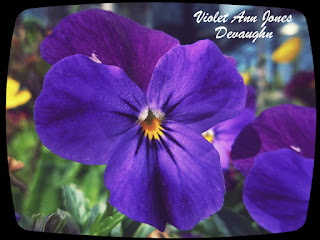 
Week 30 (July 23-29) – Challenging: It’s a good time to take a look at another challenging-to-research ancestor.

Yes, I am still a bit behind on this challenge. Sigh. On a positive note, the reason I am behind is because the family and I are having the craziest, busiest, super most fun summer ever! Being present with the living is a priority. For now, I am going to do the best I can with finding time to write.

One of the things I find challenging is when an ancestor dies too darn young. They show up on the 1880 census and then ... Bam! Just like that something happens and they're dead.  That's kind of what happened with my 2nd great grand aunt Violet Ann Jones Devaughn.

According to Violet's headstone, she was born on October 21, 1845. The 1880 Federal census gives indication that she was born in Onslow County, NC like all the other children born to my 3rd great grandparents Cesar Jones and Mary H Mitchell Jones.

The census was enumerated on June 10, 1880. A little less than 6 months later Violet Ann Jones Devaughn was dead. 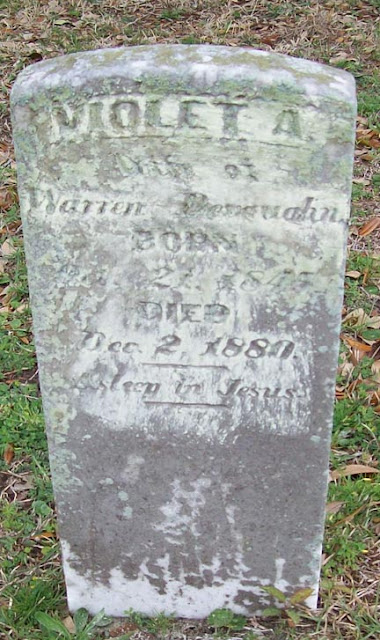 Dang, what happened! Perhaps an accident or a sudden illness caused her demise.

Things I know about Violet:

Violet's occupation in 1880:  "Cook in hotel." She may have worked at the Atlantic Hotel in Morehead City. The original Atlantic Hotel was located in Beaufort, Carteret County, NC. That hotel was destroyed in August of 1879 by a hurricane. June 1880 was the new hotel's first season.

Violet Ann Jones Devaughn was mentioned in her mother's will. You can see what assets Mary Mitchell Jones left Violet and her other children here.

What happened to Violet's two children, M. J. Devaughn and Wm. H. Devaughn who were listed alongside their mother on the 1880 Federal census? Find out, on my next post.