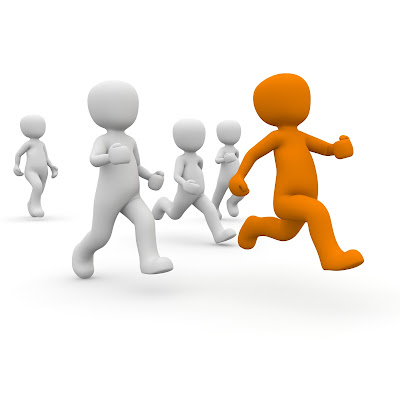 Well, all theories start somewhere. This one starts with the question, What if Jacob Kerr's father was also named Jacob?

If you've been following my recent posts then you know I have found what I believe is the bill of sale for my 3rd great grandfather Jacob Kerr of Sampson County, NC. From the records, I've found associated with him, his date of birth would have been around 1820. I've noticed that within the Kerr family line the tradition of passing down names to the next generation was a common practice. Jacob Kerr Sr. named one of his own sons Jacob. My goal here is to hopefully be able to go back another generation and find out the names of my 3rd great grandfather's parents. Looking at this hypothetical situation seems like a good starting point.

I believe that Jacob Kerr was purchased from a John Herring in 1823. He was a child probably no more than 2 or 3 years old at the time.

I've noticed among the descendants of Jacob Kerr certain naming practices. In a family one son is typically named after their father. My 3rd grandfather named one of his own sons Jacob. It's quite possible that his father may have gone by that name. Another reason why I decided to chase the name Jacob is that the name was not used within the white family who purchased him. Since Jacob was purchased from John Herring of Sampson County, it seemed to me that this would be the best place to start my search. Agreeable to an order of the County Court of Sampson County August Term 1821 With under signed being appointed a committee to Divide the negroes of John Herring Decd.(deceased) among his Lawful heirs have proceeded and valued the said negroes at $5000 and divide them into ten lots agreeable to the number of Heirs of which four areas drawn to wit No 1 Mary Herring drew Lucy & Rebecca valued at $575 No 2 Bathsheba Herring drew Jacob and Sally valued at $400 No 3 Richard Herring drew Bill valued at $500 No 4 Ann Brown drew Luke valued at $500 the Balance is left an undivided fund among the minor Heirs this 25th of September 1821.

Bathsheba Herring was John Herring Sr.'s wife and in 1821 she inherited two slaves, Jacob and Sally. Who was this Jacob? Could he have been a brother or possibly my Jacob Kerr's father? 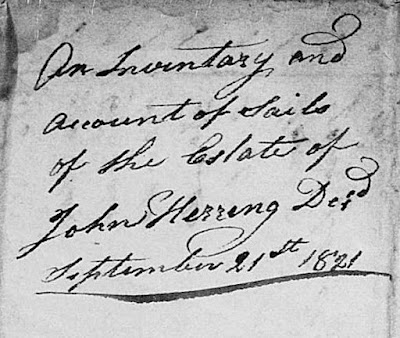 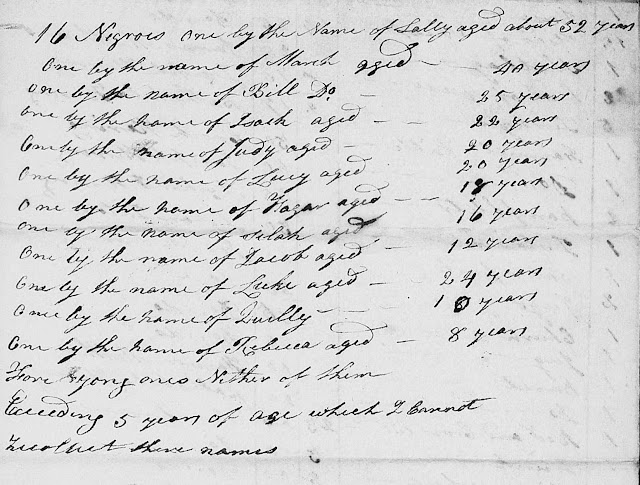 So perhaps Sally and Jacob listed here were mother and son or perhaps grandmother and son. The young ones that were not mentioned by name I would bet one of those was my 3rd great grandfather Jacob Kerr.

The Jacob listed here was passed on to John Herring's widow, Bathsheba. When Bathsheba passed away in 1854, I found this in her estate record.

Here's Jacob! In Spring of 1855 Jacob would be sold to her son in law John H Spearman for $800. His wife was a Winifred Herring Spearman who was John and Bathsheba Herring's daughter. John Spearman died in 1863. Would I find Jacob listed in his estate file? 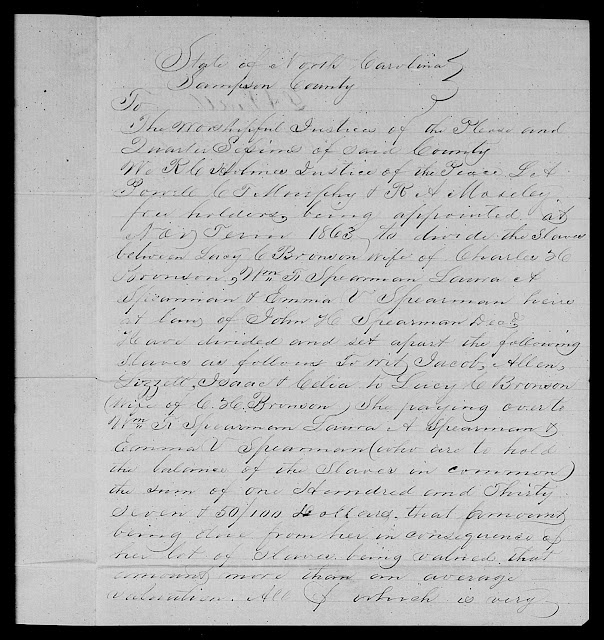 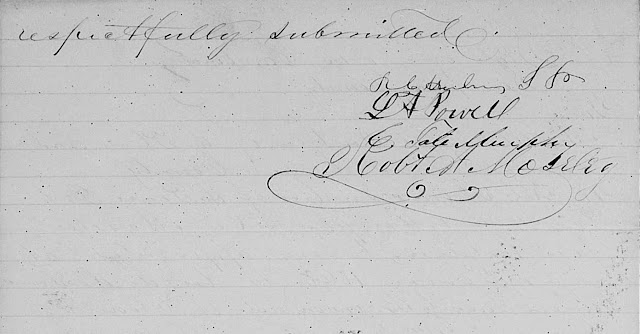 To the worshipful Justice of the Peace and Quarter Sessions of  said County We R. C. Holmes Justice of the Peace L A Powell C. T. Murphy & R A Moseley free holders being appointed at Nov term 1863, to divide the slaves between Lucy C Bronson wife of Charles H Bronson Wm T Spearman Laura A Spearman & Emma V Spearman heirs at law of John H Spearman Dead. Have divided and set apart the following slaves as follows To wit Jacob, Allen, Lizzette, Isaac & Celia to Lucy C Bronson (wife of C H Bronson) She paying over to Wm T Spearman Laura A Spearman & Emma V Spearman (who are to hold the balance of slaves in common) the sum of one hundred and thirty seven & 50/100 dollars that amount being ( ? ) from her in consequence of her lot of slaves being valued that amount more than an average valuation. All of which is very respectfully submitted.
R C Holmes  JP
L A Powell
C Tate Murphy
Robt A Moseley


Winifred Herring Spearman and her husband John Herring Spearman had a daughter named Lucy Spearman Bronson. Jacob was part of Lucy's inheritance. So in 1863, we leave off with Jacob being the property of Lucy Bronson. Where would I find Jacob come 1870?  Let's see. 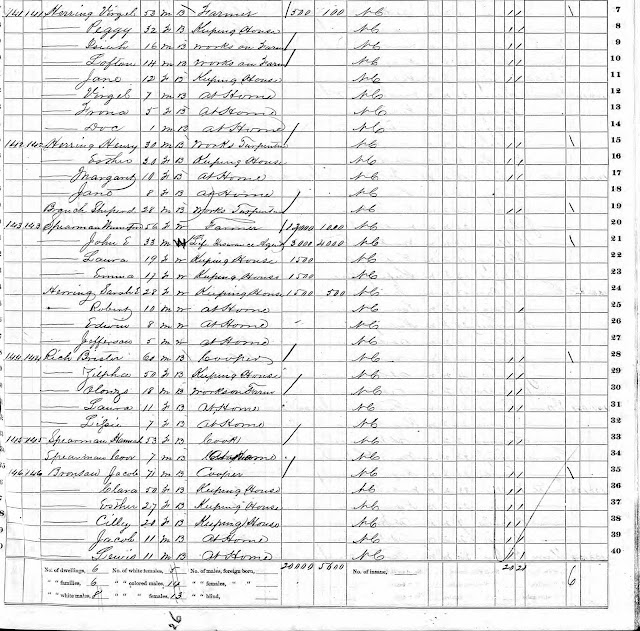 
Jacob chose the surname of his last owner Lucy Bronson after the Civil War.  In 1870, he resided near Winifred Spearman, Lucy Bronson's mother in the township of Lisbon in Sampson County.

What does this all mean and why trace all this information? Well I thought perhaps one of the ways I could go about breaking down that brick wall to get to my 4th great grandfather would be to see where the name Jacob might lead. Perhaps it won't lead me to my 4th great grandfather, but it may lead me to other kin. I am going to see if I can trace Jacob forward in time too. Maybe one of this Jacob Bronson's descendants is alive and well and has completed a DNA test. If they have tested at least I could know one way or another if there is a connection to my family.

Jacob Bronson is just one of a few Jacobs I'm looking at right now. The other Jacobs I am researching I will feature in an upcoming post. For now, we'll just have to wait and see where this rabbit hole leads.