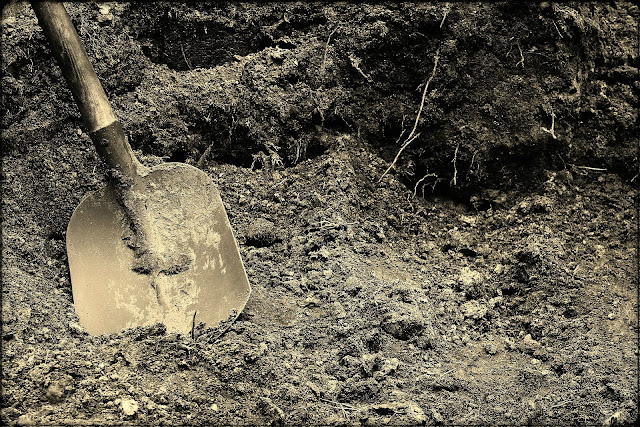 Lyrics from "Digging in The Dirt" by Peter Gabriel

I decided to take a break from Carolina Hauckins my 2nd great grand uncle, just for a little bit. I have more to share about him but I will come back to that at a later time.  As a result of researching Carolina, my interest in his parents Cesar Jones and Mary Hawkins Mitchel Jones has become reignited. I want to know more about their lives when they were enslaved. So you know what that means. Yes, I've been doing some digging.

While doing this digging, I also had the opportunity to watch the Roots reboot on The History Channel. If you missed the initial airing, find the time at some point to watch it. Seeing it reminded me that with every generation of my family that I research, there's a layer of mental and physical suffering just waiting to be uncovered. I believe that my ancestors live on within me and my children. These discoveries I make about my ancestors lead me to more of "those places I got hurt." Acknowledging the hurt, can allow for a healing to begin.

Cesar and Mary Jones are my 3rd great grandparents. Cesar was born around 1814 and his wife Mary in 1823. Their son Carolina Hauckins provided a written affidavit in his Civil War pension file that said his father was a slave. Carolina left the impression that his father's owner was someone with the last name of Jones and that he himself was owned or worked for someone with the last name of Hawkins.  According to his death certificate, my 2nd great grandfather Alexander Hamilton Jones was born in the town of Swansboro in Onslow County, NC. I chose to use Swansboro as my starting point to see if I could find evidence that would point me in the direction of who owned my Jones ancestors. 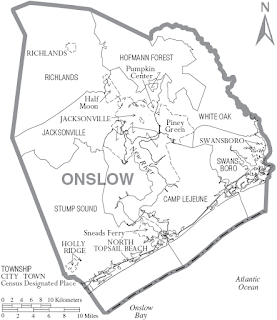 I looked at the surnames associated with my Jones family line. Those names were Fenderson, Hawkins, and Devaughn. Folks with these surnames married some of my Joneses. Families who knew each other during slavery, often remained connected in subsequent generations. I suspected that if I looked for a cluster of these surnames in Onslow County, I might find an indication of where where my Jones family once lived. 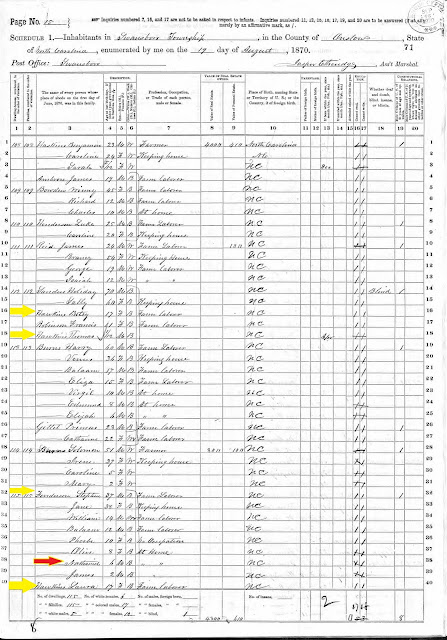 Here's a page from the 1870 Federal Census for Swansboro, NC that features people with the Hawkins and Fenderson surnames. Pay special attention to the name noted with the red arrow. That is Nathaniel Fenderson. He would grow up to marry the granddaughter of Cesar Jones and Mary Hawkins Mitchel Jones. Her name was Mary Jane Devaughn. Mary's mother was Violet Ann Jones Devaughn.  Nathaniel's parents were a Stephen and Jane Fenderson. Jane Fenderson's maiden name just so happened to be Hawkins. Perhaps she was related to Mary Hawkins Mitchel Jones.
I turned the page. 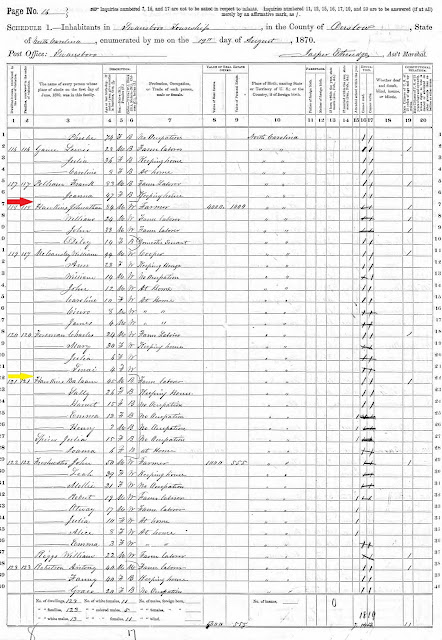 What do we have here? A couple more people with the last name of Hawkins. Look at the one marked with the red arrow. That is Jonathan Hawkins a white farmer with real estate valued at $4000 and personal estate at $1000. Comparing his property values with others in the pages before and after this, it appears Jonathan Hawkins was a man of wealth. Could there be a connection between him, Carolina Hawkins and my other Jones ancestors?