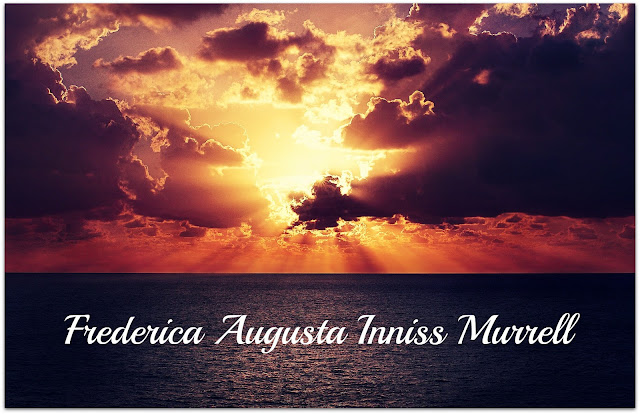 If you are not familiar with the 52 Ancestors in 52 Weeks Blog Prompt Series hosted by fellow blogger Amy Johnson Crow, please take a moment and check out the link here: https://www.amyjohnsoncrow.com/52-ancestors-in-52-weeks/

Week 6 Prompt:
Favorite name could be a name of an ancestor that makes you smile. Perhaps it's an unusual name.

After looking at the website Babyname wizard, I learned that the name Augusta comes from Latin and is the feminine form of the name Augustus. It's meaning is great or venerable.

That's a pretty good combination if I ever heard one.

I decided to go a step further to check into the meaning of the surnames Inniss and Murrell.

The meanings for these surnames I found on the website House of Names.

Inniss:  Inniss is an ancient Anglo-Saxon surname that came from the personal name Agnes, which itself is derived from the Greek name Hagne, which means pure and holy.

Murrell: The Murrell name is derived from the medieval given name Morel. The name was originally derived from the name More or Moore a nickname for a someone of dark complexion. This name stems from the Old French word Moor, meaning black man.

Let's put that all together now.

You could also call her this man's mom. 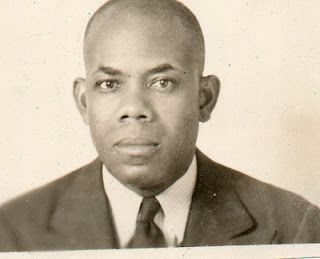 If you've been following my blog as of late, you know that my father passed away recently. We've started going through dad's things and there's one thing in particular that I am hopeful that we might be able to find. My father believed he had a picture that he received from his father's things of his grandmother. It was very small but you could make out her face and you could see a family resemblance from mother to son.

Perhaps, I will get a chance to get a glimpse of the peaceful ruler.
I want to know if she was the originator of these eyes.