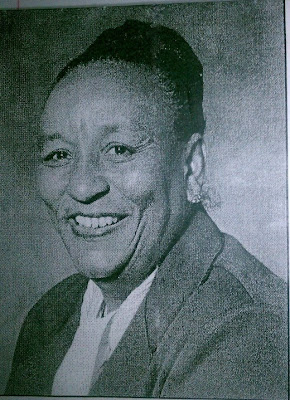 Clifford McGhee Wooten was the wife of my 1st cousin 2x removed, Harkless Wooten. She was known as "Mama Cliff." My mother told me she was quite a sweet lady. Here's her obituary which was featured in the New Bern Sun Journal on February  2, 2008. 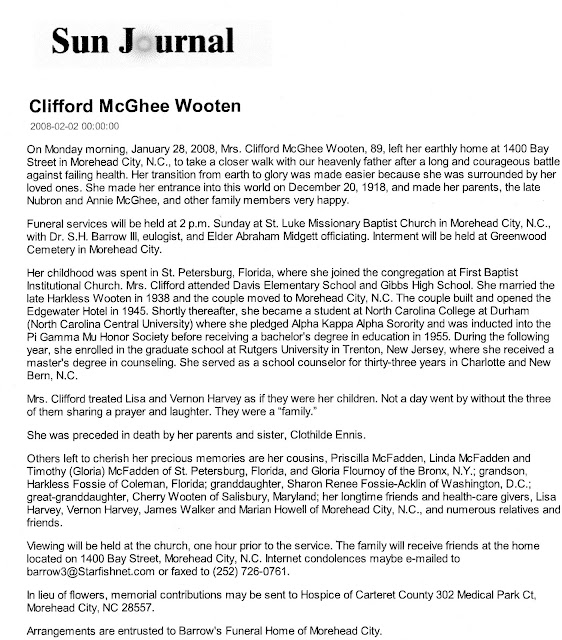 Here's the link to two posts I did last year featuring her husband, Harkless Wooten. http://howdidigetheremygenealogyjourney.blogspot.com/2011/06/so-who-was-sylvia-bryant-harkless.html