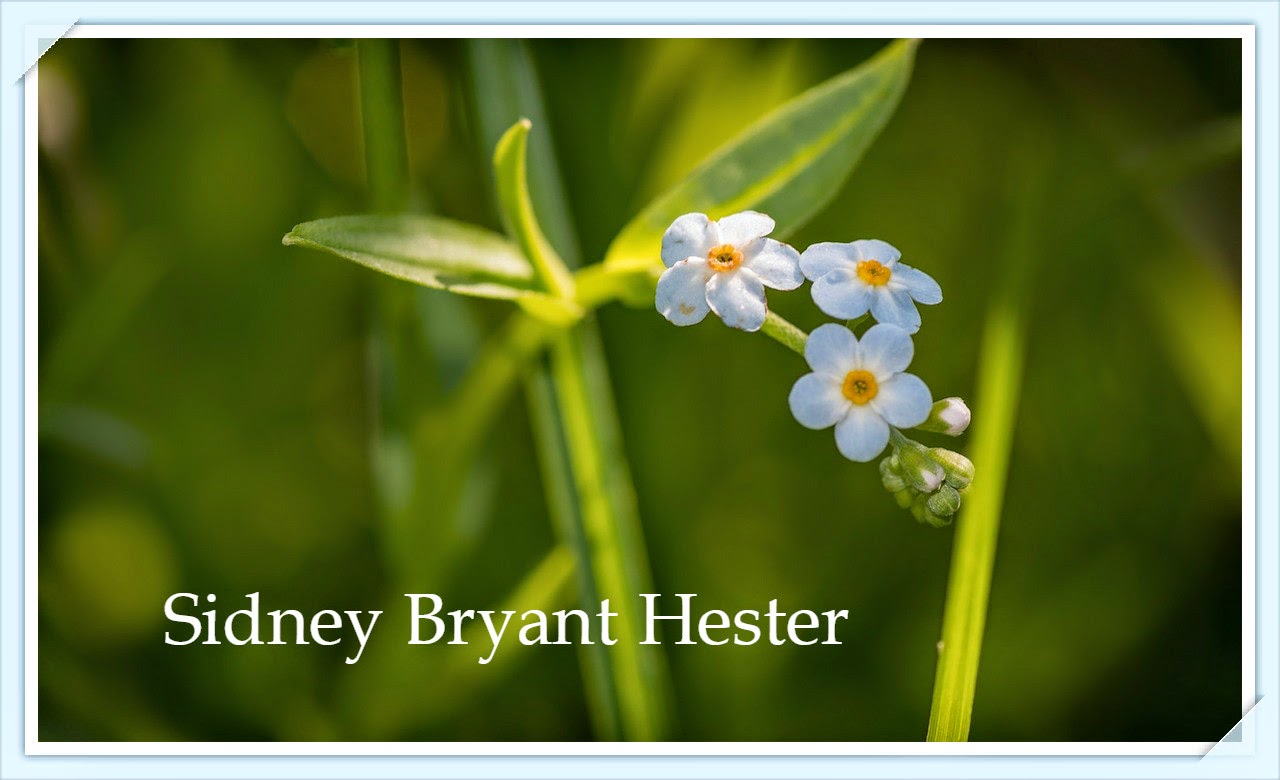 Week 16 (April 16-22) – Live Long. Time to feature a long-lived ancestor. Any centenarians in the family?

Okay, I've fallen a little behind on my 52 Ancestors posts so this one is going to be a quick one so I can move on the to the next prompt. At a glance, I haven't come across any centenarians in the family tree yet but there are some who lived on into there 90's. 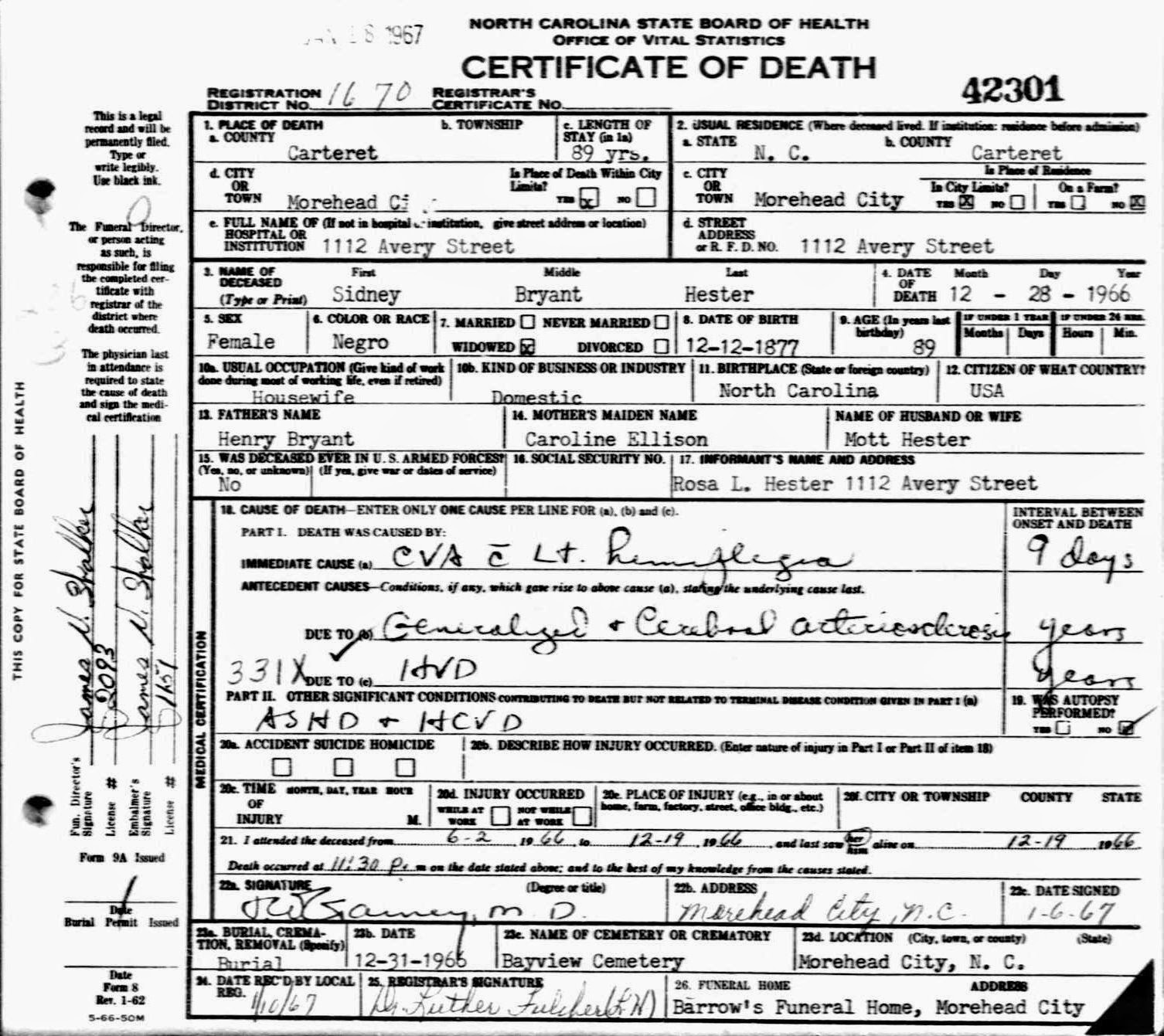 Now the day and month of her birth may in fact be correct but I know that she was about 10 years older than this document indicates.

Here's she is shown listed with her family in the 1870 Federal Census for the town of Beaufort in Carteret County, NC. 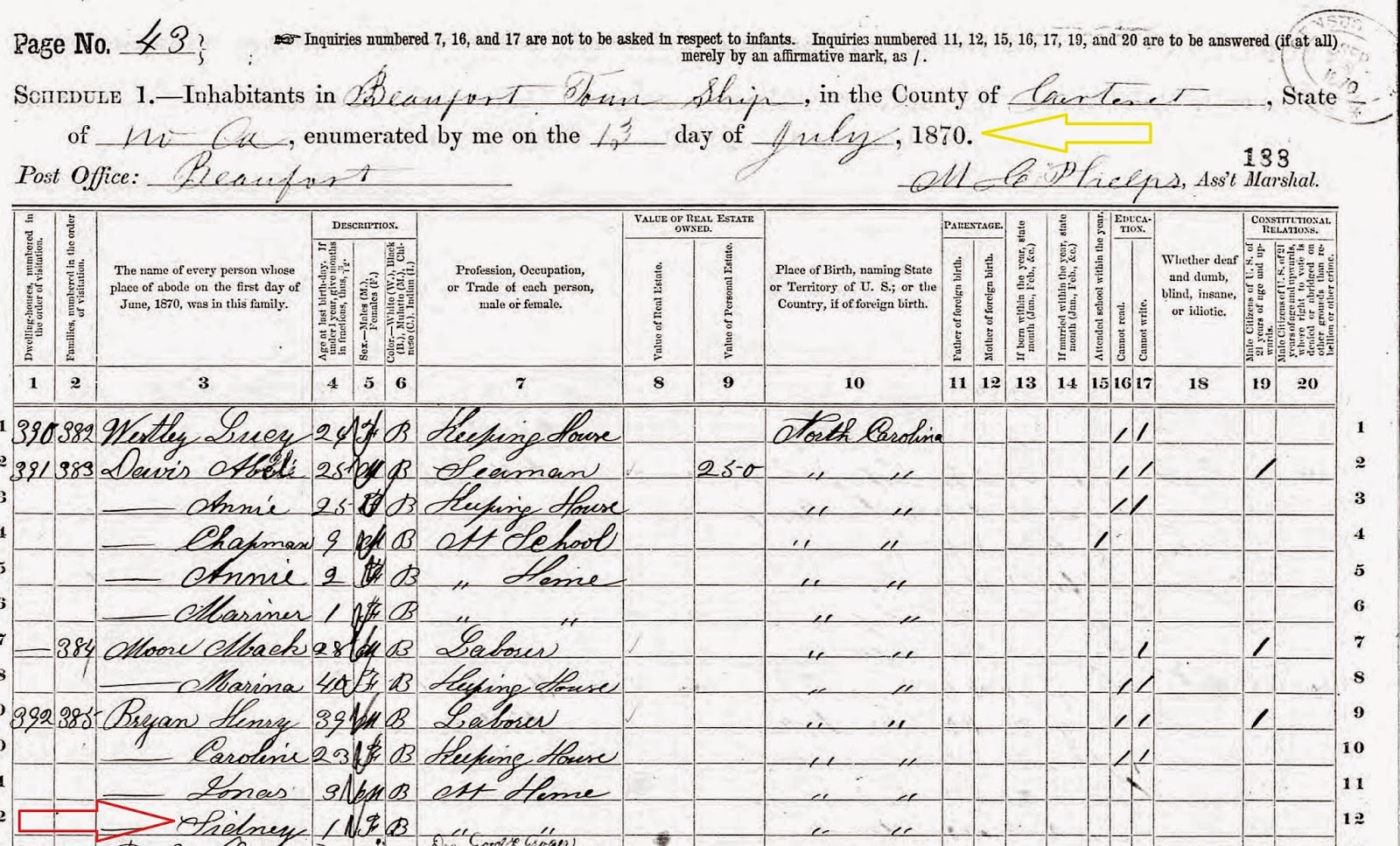 This census page was recorded on July 13, 1870 and it indicates that little Sidney was just a year old. This makes me think that her birth date was more than likely December 12, 1868.

She married Mott Hester on July 26, 1888 and they had eight children together. One of these children died before 1900. Here are the names of the other seven.

She raised her family at 1112 Avery St. in Morehead City, NC. Her husband Mott and her owned the property together. The house is no longer standing but you can see a view of the neighborhood and learn more about one of her children on my post, A Little Boy's Story.

Besides being a homemaker, she also worked outside the house. Her husband was a fisherman and boat captain. On the 1920 Federal Census Sidney's occupation was listed as "Opening Oysters" just like her husband.

Another Piece Of The Puzzle 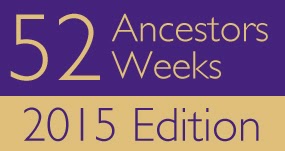