Flashback Friday: When I Was An Orientation Advisor 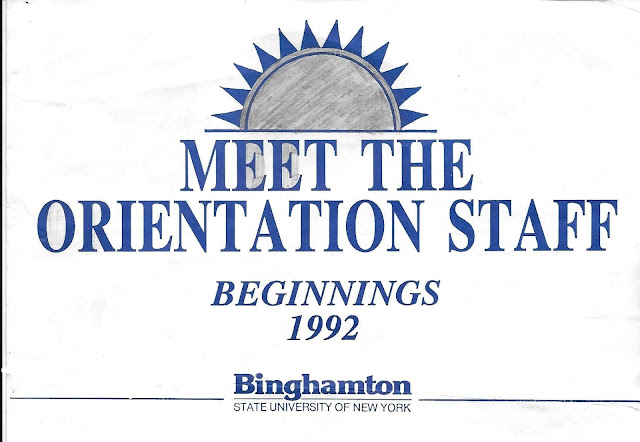 Part of the front cover of the 1992 Orientation Advisor Brochure

Yup, that's me. I worked as an Advisor for Binghamton University's Orientation Program during the summers of 1992 and 1993. I've had the brochure kicking around my nightstand draw for a while now.  I thought I should scan it before it gets destroyed.
Murrell family