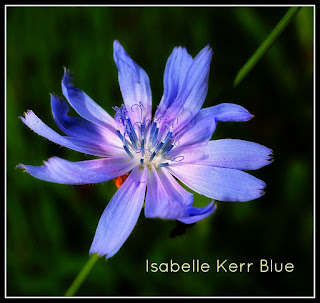 Week 41 (October 8-14) – Colorful. Everyone has at least one “colorful” ancestor. Share the story of one of yours

The ancestor I chose didn't have a particularly colorful life, but her name I found to be rather pretty. Well, her married name I should say --Isabelle Blue. Just sounds so sweet and feminine. Anyway, Isabelle was born Isabelle Kerr and she was my 1st cousin 3x removed on my maternal line.

I came across something I hadn't seen before while researching Isabelle Kerr Blue. 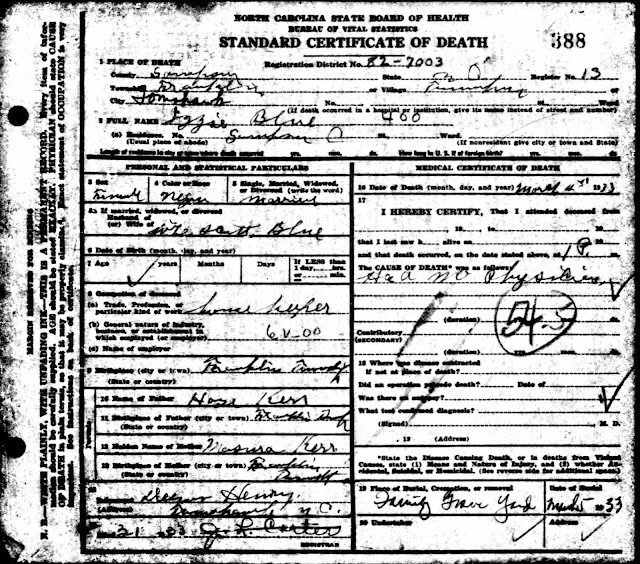 Isabelle's age and the name of the undertaker were left blank. Another curious thing that was missing was the cause of death of my 1st cousin 3x removed.

Some of this was figured out when I came across this: This is an amendment to Isabelle Blue's death certificate. I've never seen something like this before. Hey, in genealogy there's always something new to learn.

Additional information provided:
Age: 40
Undertaker:  Arthur McKoy (his address) Tomahawk, NC
Principal causes of death:  No physician. Thought to have had a tumor of the stomach.

So young she was! Her parents were a Hayes and Masura Kerr of Tomahawk/Franklin, NC. Masura Kerr died prior to June 1900. Isabelle would be raised by her father Hayes and his second wife Mary. On the amendment to the death certificate, it's noted that her age was "40," that would make her year of birth 1893. Comparing this to Isabelle's age noted on the censuses from 1900--1930, I believe her birth year was more than likely somewhere between 1891 and 1893.

Here's how Isabelle and I are connected: 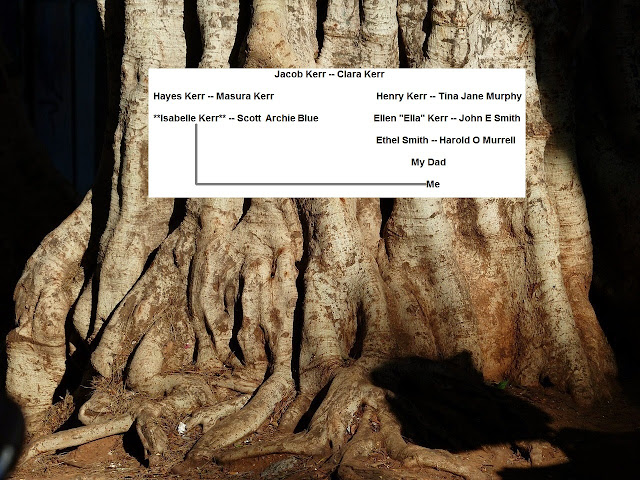 Here's a look at Isabelle's family in 1910. Her father, Hayes Kerr, was a landowner. He inherited his land from his father Jacob Kerr who I've written about before on this blog. You can see where Hayes was mentioned in his father's will here. Anyway, Isabelle lived and worked on the family farm until she married Scott Archie Blue on September 7, 1912.

Scott and Isabelle had their own farm. As far as I can tell, they had only one child named Josie Lee Blue who was born in 1913. Sadly, the child died before his 3rd birthday.

Of course, I am still playing catch up on the 52 Ancestors series so on to prompt #42!