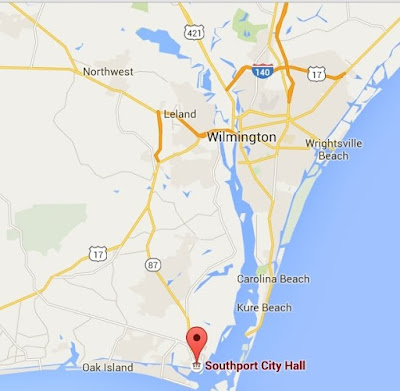 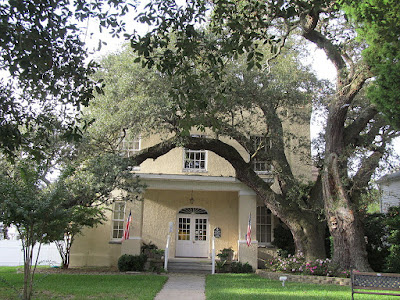 
In my post 52 Ancestors 2015 Edition: #42 Thomas Duke Harrison --Makes Me Proud!, I featured the marriage certificate of my 2nd great grandfather Thomas Duke Harrison to his first wife Lizzie Hynes.  The pair were married on September 2, 1881 at the old courthouse in Smithville, NC. The town of Smithville was later renamed Southport. That courthouse building where the wedding took place is featured above. The building served as the Brunswick County Courthouse from 1854-1978. It is now used as Southport's City Hall.