52 Ancestors 2015 Edition: #43 Charles H Whitney --Ooops I Thought I Had Already Written About You 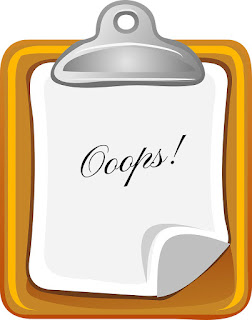 My first oops here is that I am a tad behind on these prompts. (Sigh) Well, I'll get caught up when I get caught up.

The second oops is that I thought I had already written a blog post about my 2nd great grand uncle, Charles H Whitney. I've written about his siblings, Augustus and Samuel. Samuel Whitney was my 2nd great grandfather. You can read about him and his brother Augustus in these posts:


52 Ancestors: #15 Samuel Whitney --Who Or What What Were You Driving Around?

But what about Charles H Whitney? What was his story?

I believe he was born sometime around August 5, 1854. I came up with this date based on the month and day that were shown on his death certificate and the age he listed on his marriage license to his first wife, Arrena Sheldon. Charles was one of three sons born to my 3rd great grandparents, Thomas Whitney and Margaret Merrick/Merritt Whitney. The Whitneys lived in an area of Hyde County known as Lake Comfort.

Image courtesy of Google Maps.
The Lake Comfort area is marked with the red star.

Charles Whitney and my great grandfather Samuel resided with their parents. Their older brother Augustus lived next door with his wife, Susan Ann Burns Whitney. Charles would go on to marry Arrena Sheldon on February 4, 1875 at Horace White's house, the home of a neighbor. Interesting to note that the maiden name of Horace White's wife was Merrick. My 3rd great grandmother Margaret's maiden name was Merrick or Merritt. The families were enumerated on the same page of the 1880 Federal Census. Possibly some sort of kin? Still trying to figure this out. 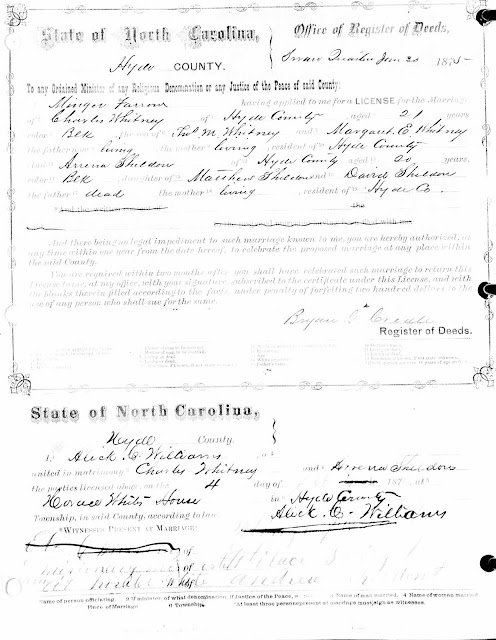 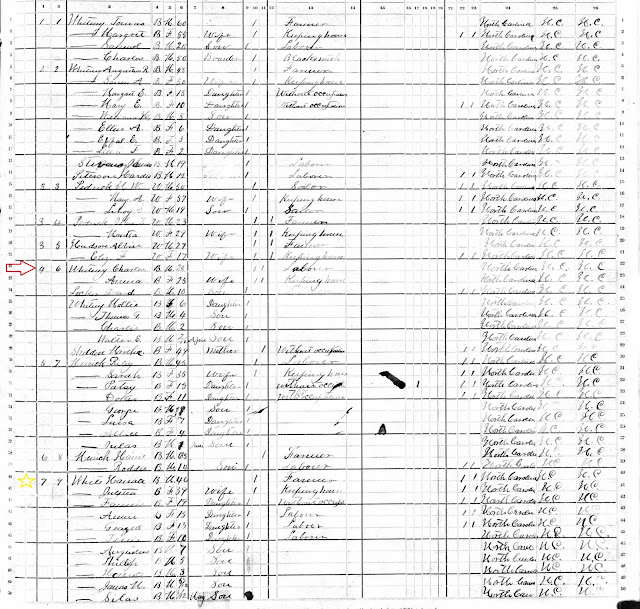 
Charles and Arrena Whitney had at least 4 children together. Their names were Mollie, Thomas, Charles and Walter. Charles's wife Arrena passed away sometime prior to 1900. He resided in the Lake Comfort area of Hyde County through 1900 with his children. He was listed as a widower that year but would not remain one. On November 4, 1906, Charles married a Caroline Jones from Township 8 (New Bern, NC)

Hey, this is kind of cool. It looks like my 2nd great grandfather Thomas Duke Harrison of New Bern married them!

Things didn't work out so well for the couple though. By 1910, Caroline had returned home to live with her mother Zilphia. Her marital status was listed as divorced.

There was apparently a child born from this union. There's a James Whitney listed after his mother Carrie on this census entry. He would have been born sometime around 1906 or 1907.

After 1900, I wasn't able to find Charles Whitney in the census again until 1930. He turned up in Philadelphia, which makes sense because that is where his daughter Mollie eventually settled with her family. 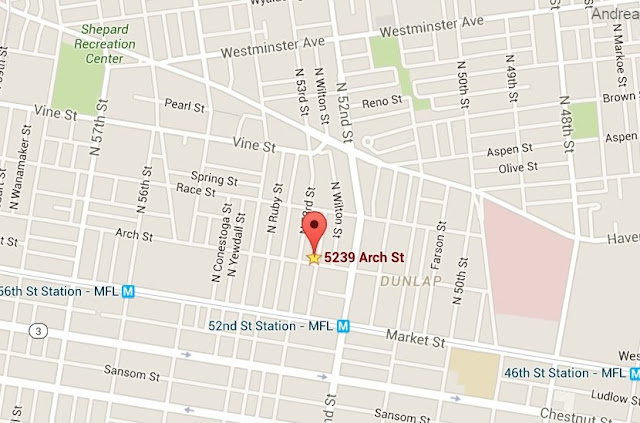 Image courtesy of Google Maps.
5239 Arch St, Philadelphia, PA.
Address where Charles Whitney and
his daughter's family resided at in 1930. 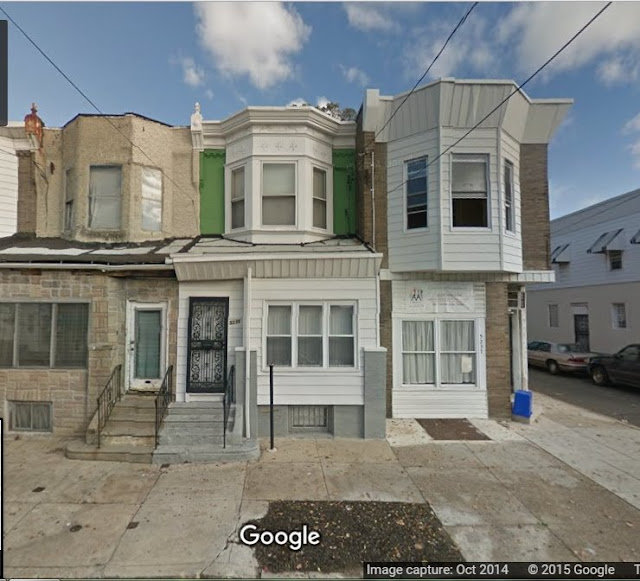 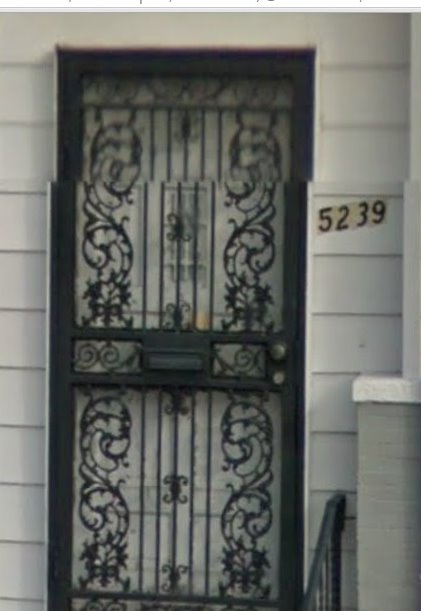 Tragedy would strike come 1933. Do you remember that child that Charles had with his second wife Caroline Jones. His name was listed as James on the 1910 census. I suspect that James may have been a middle name. The reason why is because of this. 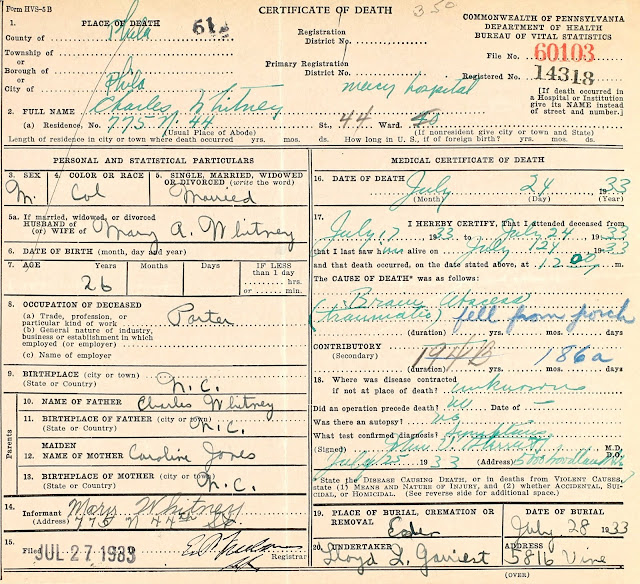 I think this is James. He's the correct age, parents names match, and the proximity in which he lived to his father and half sister Mollie makes me believe that this is the same child that was listed on the 1910 census living with his mother Caroline. 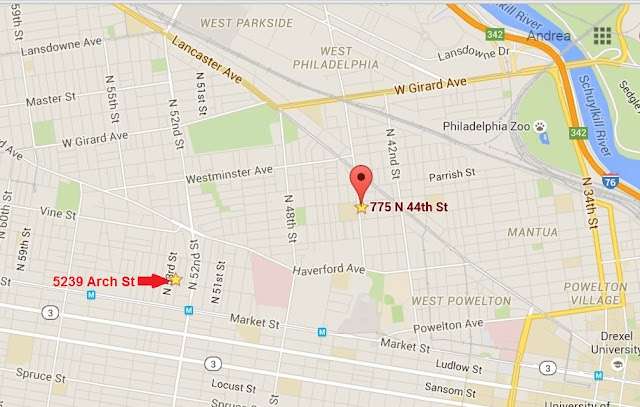 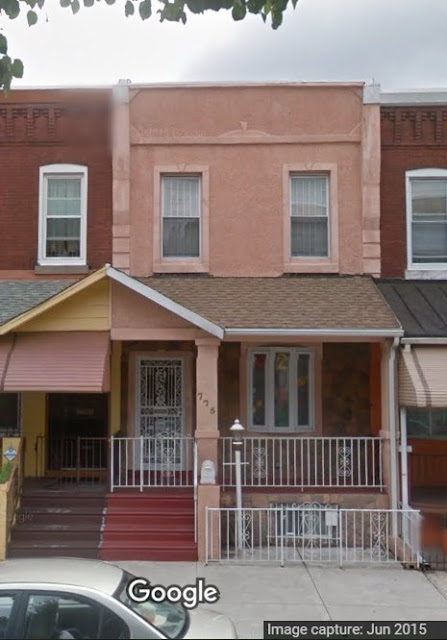 I bet this was quite the blow for my 2nd great grand uncle. Children are supposed to outlive their parents. 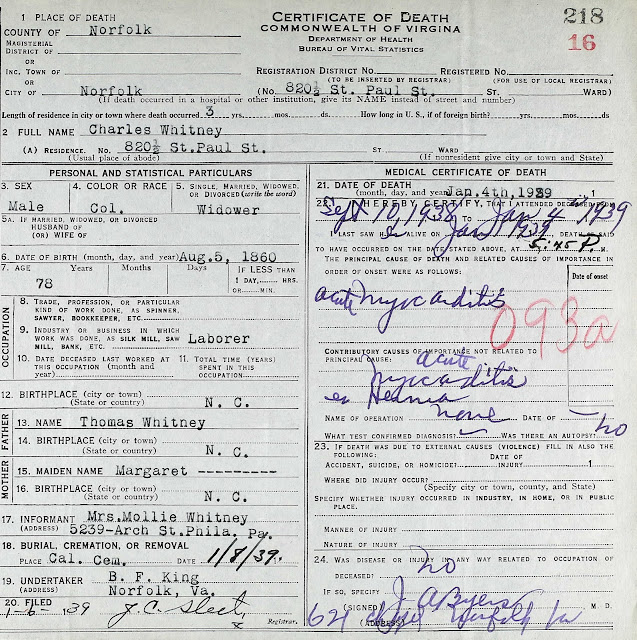 At some point after 1930, Charles H Whitney moved to Norfolk, VA. Perhaps he relocated due to work opportunities. Perhaps he needed to leave Philadelphia to get away from the tragic loss of his son. Charles died on January 4, 1939 from acute myocarditis. He's buried at Calvery Cemetery in Norfolk, VA.