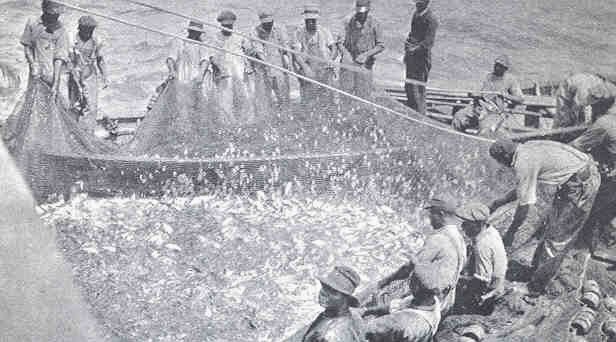 Image courtesy of  Freshwater and Marine Image Bank at the University of Washington.

Willis Harvey Jones Sr. was a menhaden fisherman. He was also my 1st cousin 3x removed on my maternal line. Here's how he's connected to me. 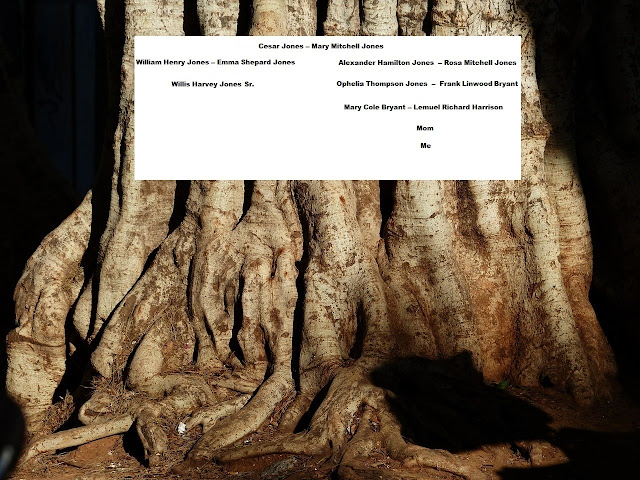 Willis was born on February 6, 1890 in Morehead City, NC. He was one of 9 children born to William Henry Jones and Emma Shepard Jones. Three of his siblings worked in the medical field. Willis and his brother George were the fishermen.

You can learn about how important the menhaden fishing industry was to Carteret County, NC in this article that was published in Our State magazine. Here's the link:  The Fish That Built Beaufort.

I've also included a link to a post I did back in November 2011. It features videos of fishermen singing old work chanteys. A chantey was a song that was sung by the fishermen to help coordinate the timing of when to hoist a net out of water.

The picture I have featured at the top of this post shows the back breaking work it was to pull fish out of water.  Willis Harvey Jones was no stranger to hard work that's for sure!

He married Caroline Hester on February 22, 1912 in Morehead City. The couple had at least 5 children together:  Amy, Esthma, Willis Jr., Emma, Frederick. Willis's wife Caroline was a cousin of mine as well. Her mother, Sidney Bryant Hester, was my 2nd great grandmother Jonas Bryant's sister.


Willis Harvey Jones Sr. was a lifelong resident of Morehead City. By 1940, his hard work as a fisherman paid off and he was able to purchase his own home at 1312 Fisher St. 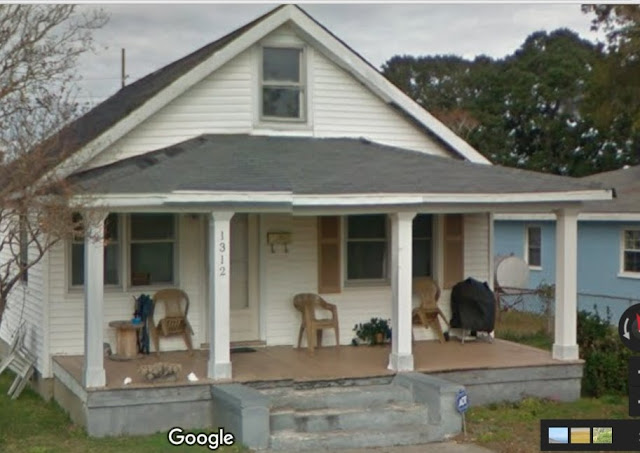 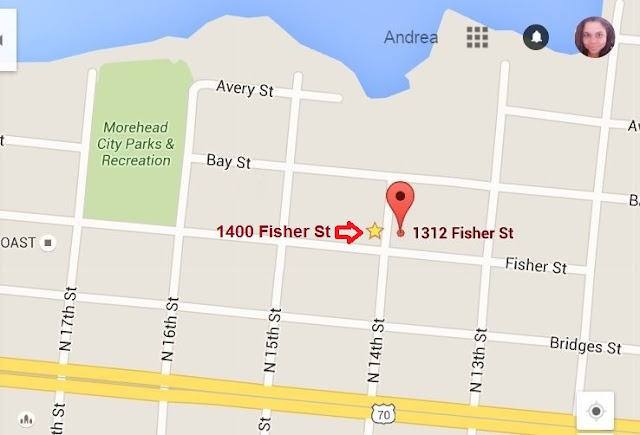 Which just so happens to be right across the street from 1400 Fisher St, the home of my great grandparents Frank and Ophelia Bryant. 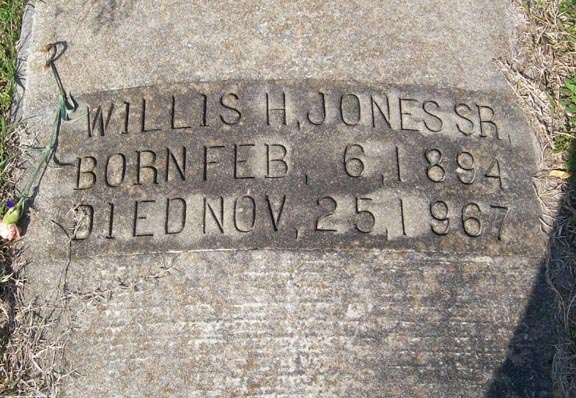