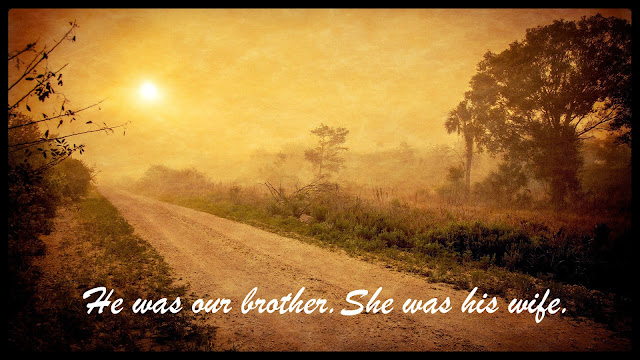 If you missed Part One, here's the link:  His name was Carolina Hauckins -- Part One

Well, as I continued to review through Carolina Hauckins's Civil War pension file it became evident that this man was indeed my 2nd great grand uncle. I mentioned in my last post that the pension information for Carolina's widow was mixed up with his own pension paperwork. I was too eager to find out if this was my dude so I decided to organize the paperwork at a later time. These affidavits were part of Agnes Hauckins's paperwork for her pension. 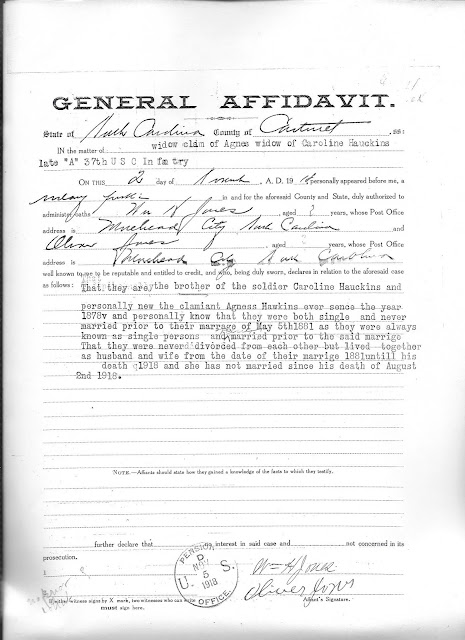 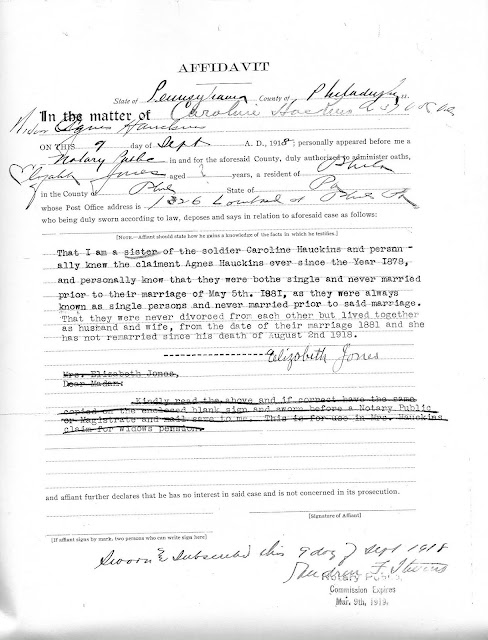 The Jones siblings provided testimony that Carolina Hauckins was their brother and that Agnes Hauckins was his wife. In addition to that I now had marriage date for the couple, May 5, 1881!