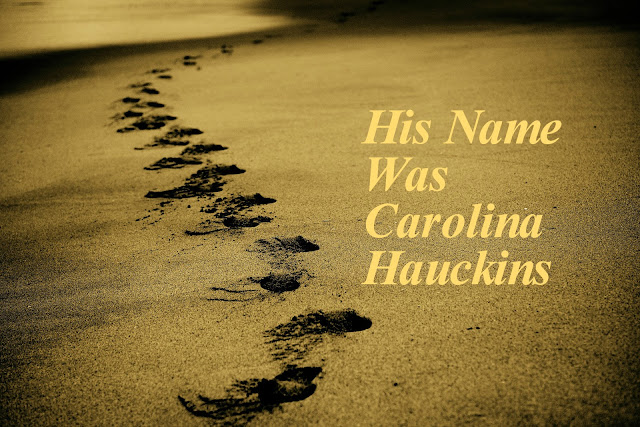 My last post was one that I had started a few weeks ago, but just got around to finishing last week. In it I mentioned how I came across a man named Carline Hauckins when I did a review on what I knew about my 3rd great grandfather Cesar Jones. If you missed that post click here.  I ordered Carline's Civil War Pension file to see if in fact we were related.  I wasn't going to rely on just what was on Carline's death certificate. Yes, it did list a Cesar Jones and Mary Jones of Morehead City, NC as his parents. Were these my Cesar and Mary?

Well, Christmas came early this year because guess what came in the mail. You guessed it, the pension file. Did I get answers? Yes. Will I share them? Yes. First, I have to clear one thing up in particular.

His name was Carolina Hauckins. Previously, I referred to him as Carline and that was incorrect. So from this point on, Carolina is how I will refer to him.

Here's a look at how Carolina's potentially connected to me. (Click on the image to enlarge.) 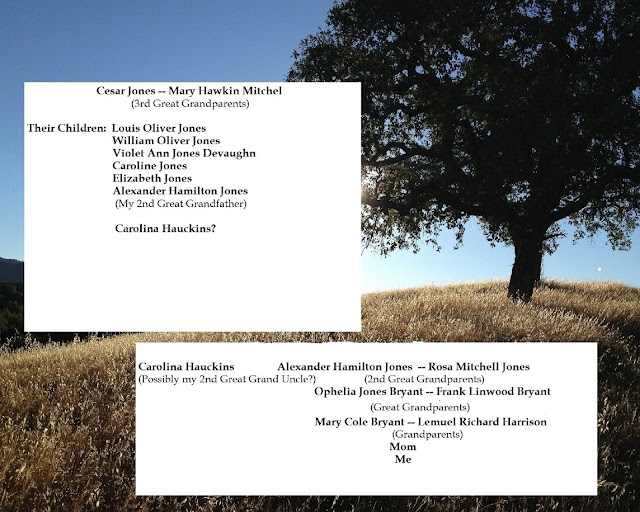 Based on information from his Civil War Pension file and his military records, Carolina Hauckins was born in Onslow County, NC on February 23, 1845. A brief description of his appearance can be found here. 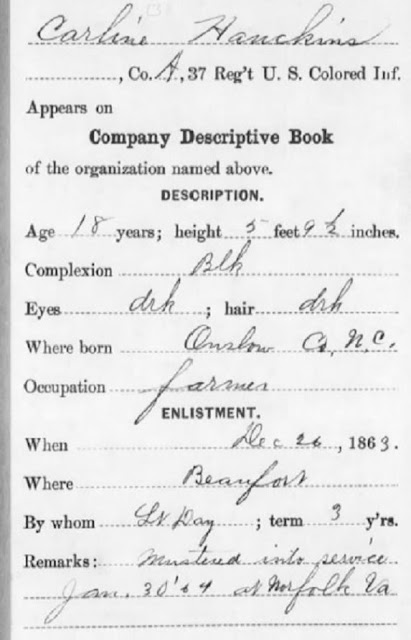 He was a member of Co. A of the 37th Regiment United States Colored Infantry.  He enlisted on December 26, 1863 in Beaufort, NC. Above you can see his name noted as "Carline Hauckings" yet another variation in spelling.


Clues pointing to Carolina Hauckins being my kin.

1) Location he enlisted was at Beaufort, NC.

Image courtesy of Google Maps
Beaufort is about 4 miles from Morehead City.

Carolina Hauckins was born in Onslow County, NC, just like my other Jones kin. Here's the 1880 Federal Census showing my Jones ancestors living together in Morehead City, NC. Note the place of birth of each of them.


Carolina's pension file was somewhat out of order when I received it. His widow's pension file papers were mixed in with his but they kind of followed a reverse chronology. I wasn't interested in sorting everything at first. I just dug right into reading it. I went page by page looking for additional clues.

This was one of the first pages I read through which gave me a pretty good hunch that that this man was indeed family. 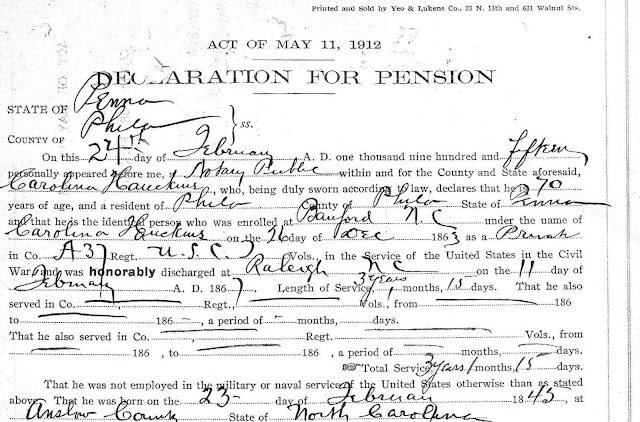 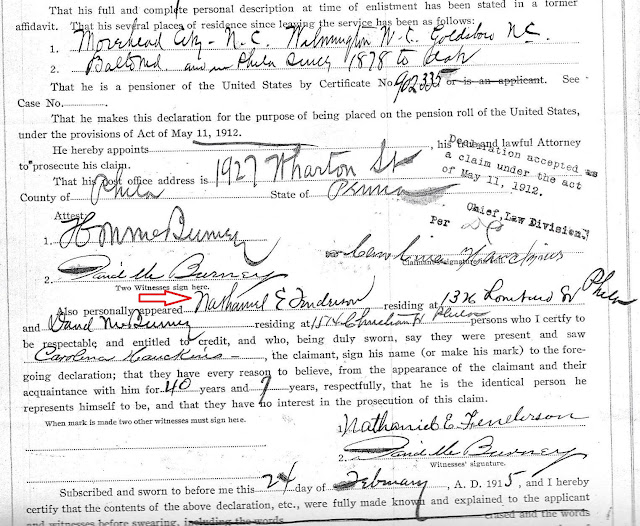 In February of 1915, Carolina Hauckins resided in Philadelphia, PA with his wife Agnes. Prior to this filing, he had received a pension due to an injuries incurred during the war. He filed new paper work under the Sherwood Act of May 11, 1912 which awarded pensions to all veterans regardless of disability.

You'll notice I have an arrow noted next to a name on the page above. The name that it is pointing to is Nathaniel E. Fenderson. Now why would this be important you may ask? Nathaniel Fenderson was married to Mary Jane Devaughn, my 1st cousin 3x removed. She was the daughter of Violet Jones Devaughn and Warren Devaughn. Violet was one of my 3rd great grandparents Cesar and Mary Jones's children.

Nathaniel E Fenderson provided an affidavit that he knew Carolina Hauckins for 47 years!