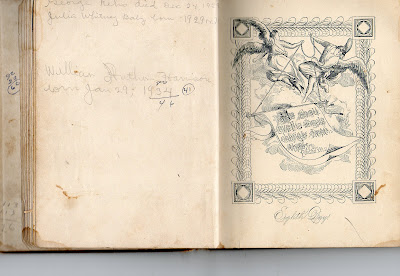 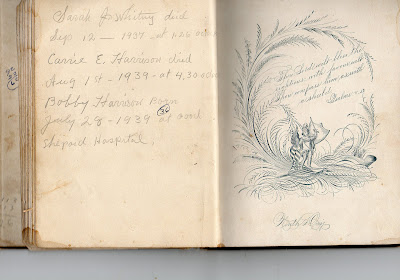 Page 14 of the bible I am choosing to keep private at this time. This page does document the death of my 2nd great grandmother Mary Williams Harrison who died Dec 28, 1943 at 11 o'clock. The death of her grandson Rudolph H. Harrison is noted on this page as well. It says that he died April 15--19, 1966 in New York City. 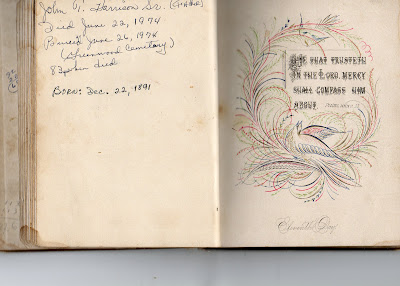 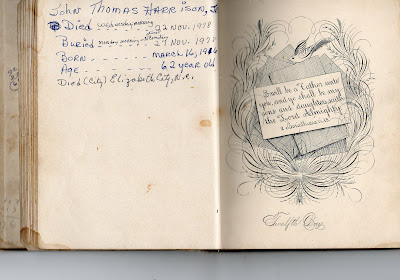 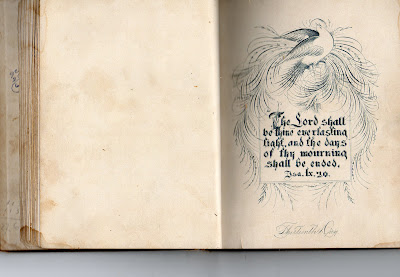 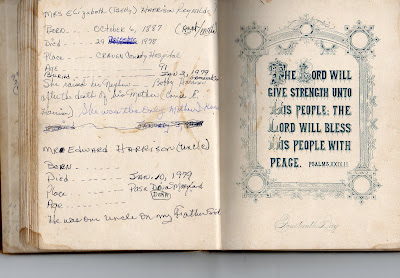 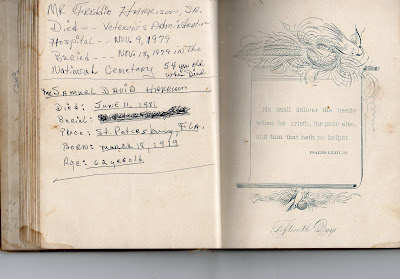 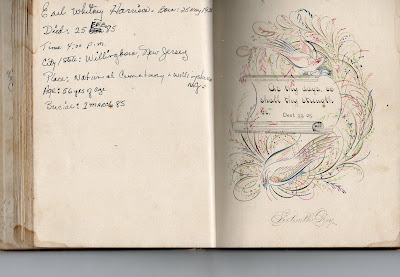 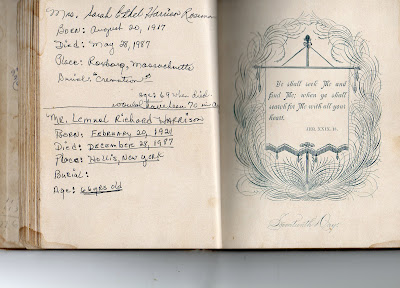 
It feels like this is a good breaking point for today's post, ending with my grandfather's entry in the family bible. Happy researching everyone! More from the family bible next Monday.