In Celebration of Women's History Month, I am going to try and follow along when possible to some of the blog prompts provided by Linda Alzo of  The Accidental Genealogist. If you are not aware of her "Fearless Females" Blog Prompts, take some time out and visit her blog.

March 7 — Share a favorite recipe from your mother or grandmother’s kitchen. Why is this dish your favorite? If you don’t have one that’s been passed down, describe a favorite holiday or other meal you shared with your family.

I have decided to share some thoughts on my favorite holiday when I was a child, Thanksgiving! Thanks to my paternal grandmother, Ethel Murrell, she ensured neither of her grandchildren would go home hungry on that day. WhoooWee! Where to begin. Well, let's start off with who would be there. My grandmother would invite over her two sisters, Hilda and Edna. Usually, this would be the one time of the year that we would see them. My sense of things growing up was that Ethel and her sisters were not close. I think that my grandmother played more of a maternal figure in her sister's lives then their own mother who always seemed to be running away from something.  Anyway, my grandmother always made sure to connect with them at least during Thanksgiving.  The rest of the attendees would include, my parents, my father's sister Janice, my grandfather and of course my brother and I.

Now to the meal. I have to say to this day, I have never been more stuffed then after a Thanksgiving meal at my grandmother's house.

The menu would usually include:

This would be followed usually with the choice of two or three desserts.

It goes without saying that everything was homemade, except for the ice cream. :) 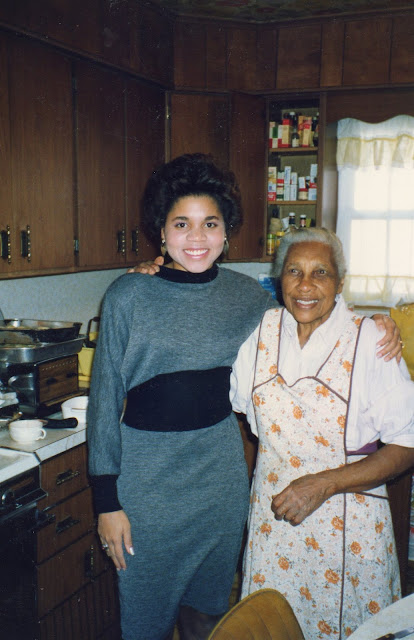