Mystery Monday: Did I Just Find One Of My Father's Cousins? 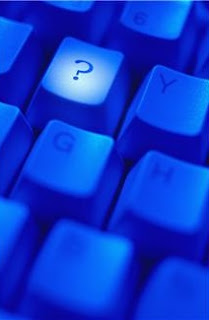 Last year, I wrote about the mysterious circumstances involving one of my father's relatives. That post was called Thriller Thursday: The Kidnapping of Geraldine Kuylen. My father sometime ago shared with me the story of a kidnapping that took place involving one of his aunt's children. Hilda "Bernice" Dixon was the sister of my grandmother Ethel Murrell. When she was young, she apparently had married and had two children of her own. The story was that the oldest child, Geraldine was kidnapped by a family friend. My father said that the other child, a boy named Theodore was eventually taken away from his aunt by social services. This all took place before my father was born so this story was based on information passed down to him by his mother. In 2012, I came across a newspaper article on ProQuest that gave further detail regarding the kidnapping. I learned of my aunt's married name --Kuylen. After finding the article and writing a post about it, I became distracted by other things genelogy-wise. Recently, I took a look at the article again and realized that I never tried to look up my aunt Hilda under her married name on the 1940 census. One of those "Duh" moments, right?! Oh well, nobody's perfect.

So what a nice surprise to come across Hilda Kuylen on the 1940 census.  Her household was headed up by her husband, Hubert Kuylen.

On page 2, there's Hilda and 2 children, Geraldine and what's this?
Leroy? Hmm. Had dad remembered the name wrong? Or perhaps the boy was listed here by his middle name or nickname? Was the name Leroy even correct to begin with?

I decided to do a search on Ancestry.com for each person in the household. When I tried looking for information on Leroy Kuylen, something interesting popped up. Now before I reveal what I found, let's look again at what was on the census entry above.

This is what came up when I attempted the search for him.

Leon Kuylen born about 1939 in New York. Okay, you got my attention. 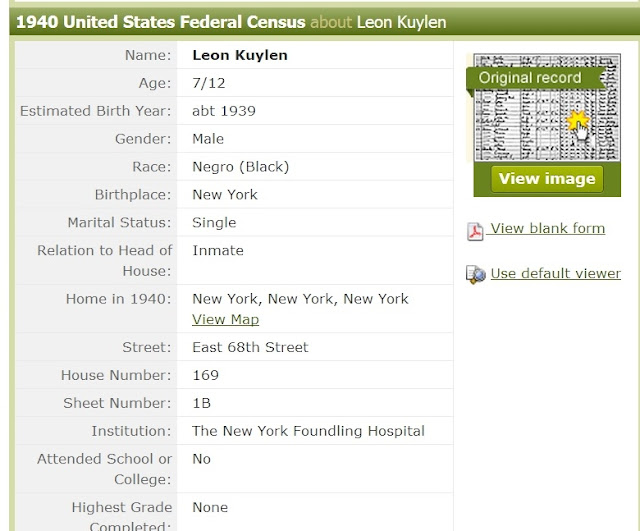 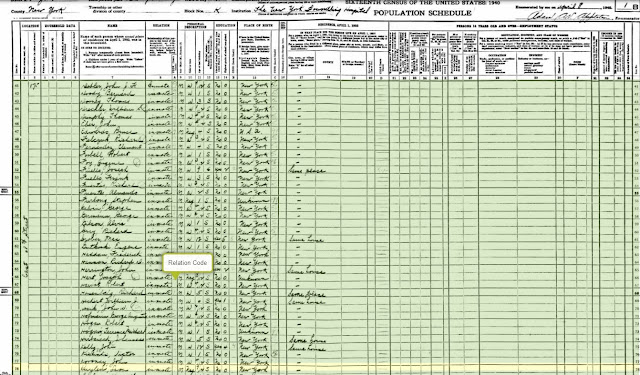 Of course the next thing I did was Googled "New York Foundling Hospital."  The organization has since dropped the word "hospital" from it's title and is now simply known as "The New York Foundling."

This is the group's mission statement directly from their webpage
http://www.nyfoundling.org/who-we-are/missionvalues

Founded as a home for abandoned children, The New York Foundling has been saving children, preserving families and building communities since 1869.  In the tradition of openness and compassion of its sponsors, the Sisters of Charity, the agency helps children, youth and adults in need through efforts that strengthen families and communities and support each individual in reaching his or her potential.  The agency serves more than 6,000 people each year in the New York City area and in Puerto Rico as we work to empower children and families.

I feel confident in believing that Leon and Leroy were one in the same person.  So what became of that little boy?