July 15, 2013
In my last post, Sunday's Obituary: Another Obituary Reveals Clues, I presented how I had discovered another child of my 2nd great grand uncle, William Henry Jones. This child was also a brother to Oscar Dunn Jones. I didn't know of James Edward Jones's existence until I saw his name mentioned in his brother Oscar's obituary. Happily, I found on Ancestry.com his World War I and II draft registration cards. 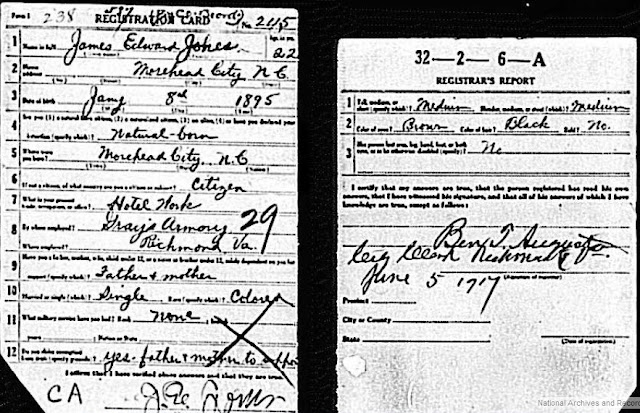 
Now I have a date of birth for James Jones, Jan. 8th, 1895.  I like draft registration cards because they give you a little snap shot in time of the lives our ancestors. In 1917, he was doing hotel work at a place called Gray's Armory in Richmond, VA. He was single and was claiming exemption because he was supporting his mother and father. 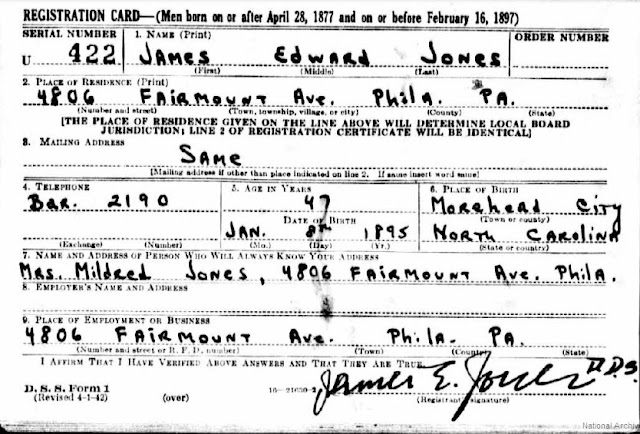 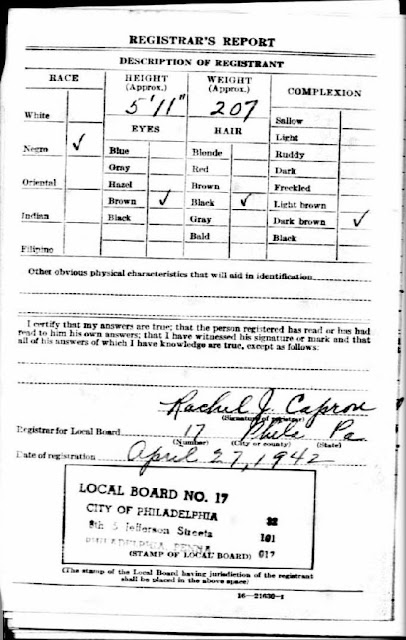 Fast forward to 1942 and we find James married, living in Philadelphia at 4806 Fairmont Ave, and working as a dentist. Now I have to dig up all the bits and pieces of how he made it from point A to B.  Wish me luck!
Jones family Military Monday