The Book Of Me: Prompt 13 --Special People/ Iconic People 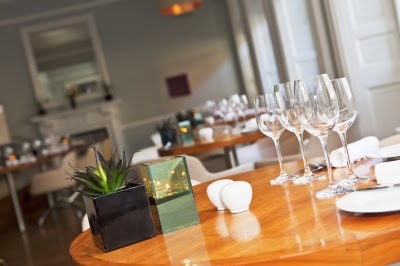 For details about The Book Of Me, Written By You project created by Julie Goucher, of the Anglers Rest blog, please refer to this link:  http://www.anglers-rest.net/book-of-me-written-by-you.html

You can NOT include family in this – the special people could be famous or historical people. What made you select the people that you chose? What questions would you like to ask them?

What meals would you serve and why?


I think it would be fun to make it a potluck dinner. Each guest would bring a dish or two. They could bring something that was created from a family recipe or simply something that they learned to cook well. This would take a little planning and coordination to ensure we didn't wind up with all desserts or something. I like to see what other people like to eat because it tells a lot about the person.


I like to laugh and I like to learn so my list would have to include people I find funny or people who I have learned a lot from or I could learn something from.

1) Oprah Winfrey--Yes I love me some Oprah. The Oprah Winfrey show debuted nationally on September 8, 1986. I wasn't quite 14 yet. I watched as often as I could from her debut until her very last show on May 25, 2011. These days, I watch a number of shows on her network OWN.  She's inspired me to look within to find contentment, instead of letting the ego run the show. I think she's an intelligent woman who's in tune with her own power and I admire that.

2) Barack Obama-- I would love to meet our current president.

3) Abraham Lincoln--It would be interesting to see how conversation developed between him and our current president.

4) Nelson Mandela --We lost a giant this month.  It would be an honor to have a chance to speak with him.  May he rest in peace.

"During my lifetime, I have dedicated myself to this struggle of the African people. I have fought against white domination, and I have fought against black domination. I have cherished the ideal of a democratic and free society in which all persons will live together in harmony and with equal opportunities. It is an ideal which I hope to live for. But, my lord, if needs be, it is an ideal for which I am prepared to die."

Nelson Mandela's statement from the dock at the opening of the defense case in the Rivonia trial. --April 1964


5)Bayard Wootten --For those of you who are not aware of who she was or her work, here's some information about her.  This description of her is from the UNC Libraries, Bayard Morgan Wooten Collection.

Bayard Wootten (Mary Bayard Morgan Wootten) was a female pioneer in the field of photography. She was successful as a photographer and studio operator from the early 1900s through the early 1950s, when the field was dominated by men. Wootten was born in New Bern, N.C., and, although she traveled across the United States during different periods of her career, North Carolina was her home. Her first studio was attached to her home in New Bern. In 1928, she opened a studio with her half-brother George C. Moulton, a partnership that spanned over 30 years. George and another of Wootten's siblings, half-sister Celia Moulton, helped Wootten keep her studios running in New Bern and Chapel Hill while she was out in the field taking photographs. Wootten lived in Chapel Hill, N.C., 1928-1954, returning to New Bern shortly before her death in 1959.

Her work includes many photographs from the places my ancestors called home specifically, New Bern and Morehead City NC.  I would love to ask her what it was like growing up in her hometown of New Bern. Did she know of my Harrison or Whitney relatives?

6) Charles Slover Wallace --C. S. Wallace as he was often referred to, was my great grandfather Frank L. Bryant's employer. As a young man, Frank was a butler and then later on became a chauffeur for the Wallace family.  I wonder what C. S. Wallace might have to say about my great grandfather.  To learn more about Charles Wallace, take a look at an older post of mine:   Military Monday: Frank Bryant's World War I Draft Registration Card Provided An Interesting Find!

And now for the funny people...

11) Gene Wilder --What can I say? I have had a thing for Gene Wilder since the movie Willie Wonka and the Chocolate Factory.

Gene Wilder in Willy Wonka And The Chocolate Factory.


And who should be number 12? Hmmm. Oh I know. (Sorry in advance about the language.)