February 22, 2014
If you are not familiar with this wonderful project that was created by Julie Goucher of the Angler's Rest blog, please refer to this link:  http://www.anglers-rest.net/book-of-me-written-by-you.html


This week's prompt is - Hobbies

Childhood hobbies & collections
Did you share a "passion" with a family member or friend?
Tell us about it - How, why, where
Do you still have any old hobbies - the ones that have been with you since childhood?

Do you still have those childhood collections?

One of my favorite ways to spend my time when I was really young was to make cards for family members. I think I did this practically every day. My paternal grandparents would babysit for me and my brother. My grandfather would pick us up from school and as soon as I got in the door of their house I would get to work making new cards. Not only for birthdays or holidays, I would make cards just wishing folks a nice day.  What's really cool for me to see these days is that my little girl has seemed to pick up this hobby too. I guess it is in the genes. 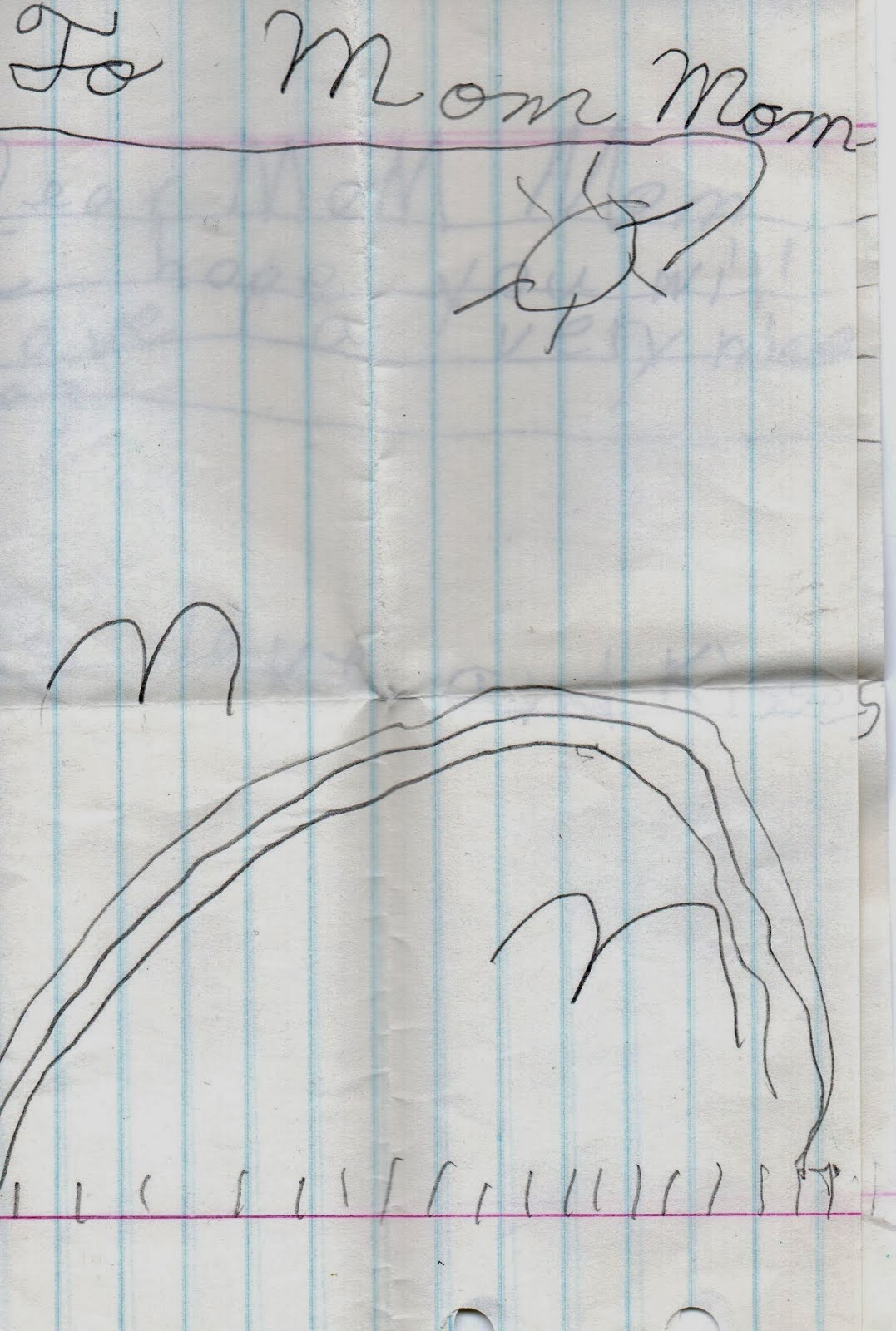 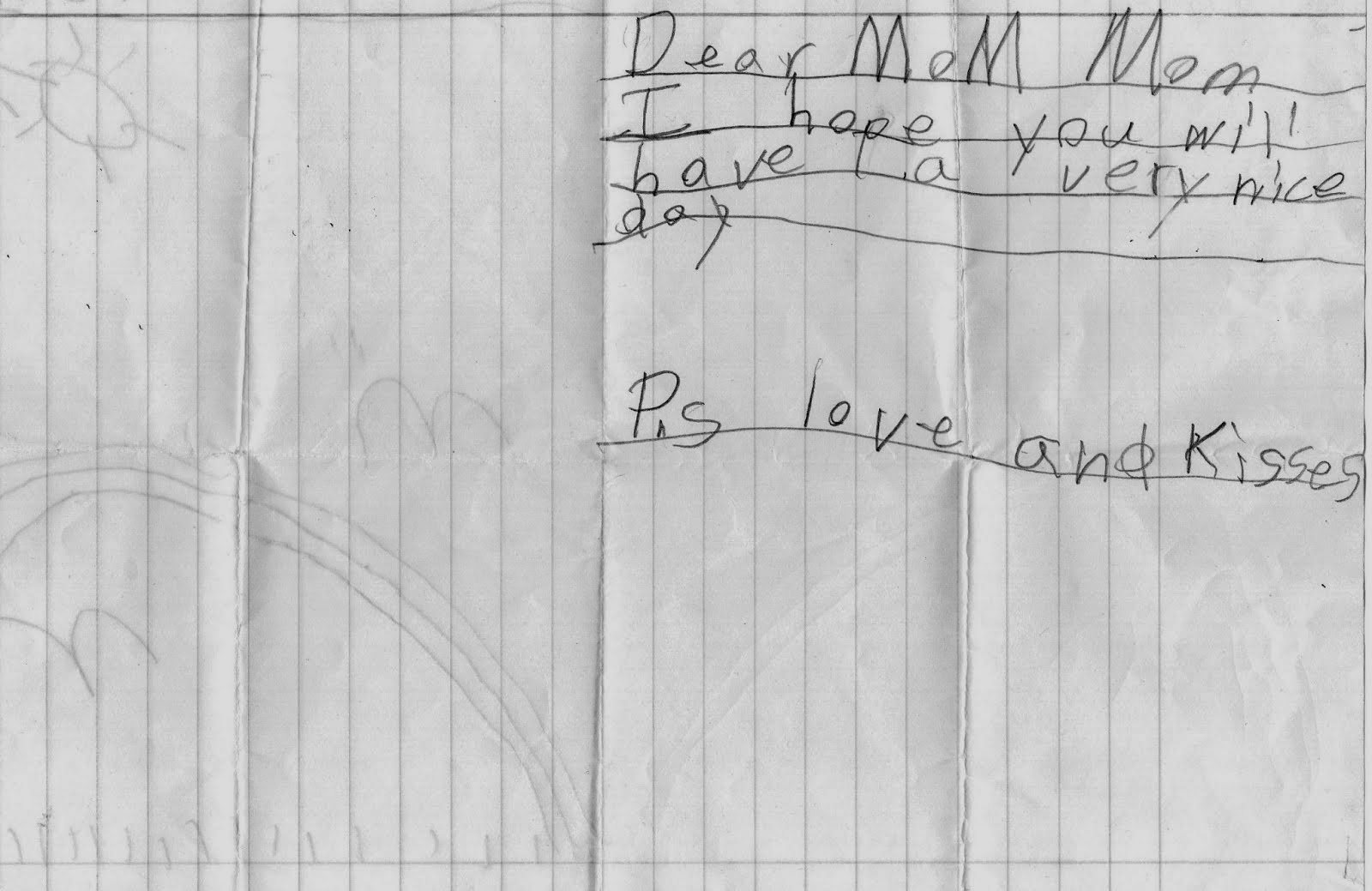 Here's an example of one I made for my Mom Mom Murrell (paternal grandmother).

I remember I used to help my mother cut out coupons for grocery shopping. My first collection arose from this activity. I started collecting the coupons she didn't need in a large envelope of my own. Week after week went by and that envelope would get fatter and fatter. Finally the envelope became so large, I decided to count out how many I had. I had reached over a thousand coupons!  Why? I don't know. It was just something to do I suppose.

While growing up on Long Island in the early 1980's, collecting stickers was all the rage. On weekends, I would go to the mall with my mom on the hunt for the latest Toots, Lisa Frank, or Scratch -N- Sniff stickers. I had a photo album that I would place them in and arrange them just so. I decided to Google 1980's sticker collections and came across images that took me right back to a time when I would sit on the front steps of my house and trade stickers with my friends. We'd admire each other's new acquisitions and try to make the best deals possible. It was a lot of fun collecting them. I think I became bored with the hobby sometime around the end of the eighth grade. 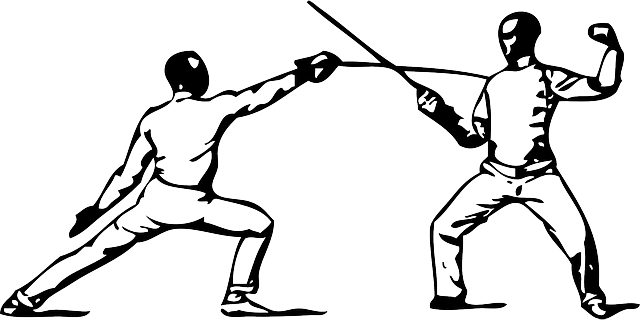 I took up fencing when I attended college.  It was a great way to stay in shape.  I liked doing something physical that involved strategy. Also, I thought it was cool to be involved in something that not a lot of people knew how to do. In fencing, there are three weapons foil, epee, and sabre. I fenced mostly foil but during my senior year, I did a little epee too.  A couple of years back I told my son about how I used to fence in college and he got the biggest kick out of it. Here's the link to that post if you missed it:  Looking Back While Looking Forward.

I dabbled in painting when I was in my twenties. I painted mostly faces or whatever seemed to emerge as I moved the paint around on my canvas.  I bought some supplies last month so I could get back into painting again but the supplies are still sitting tucked in the bag I brought them home in. Going to make a point of it this week to pull those paints out and actually use them.

Those coupons and stickers that I used to collect are long gone. I still have the pictures I painted back in the day hanging in a hallway of my house.  Here are a few. 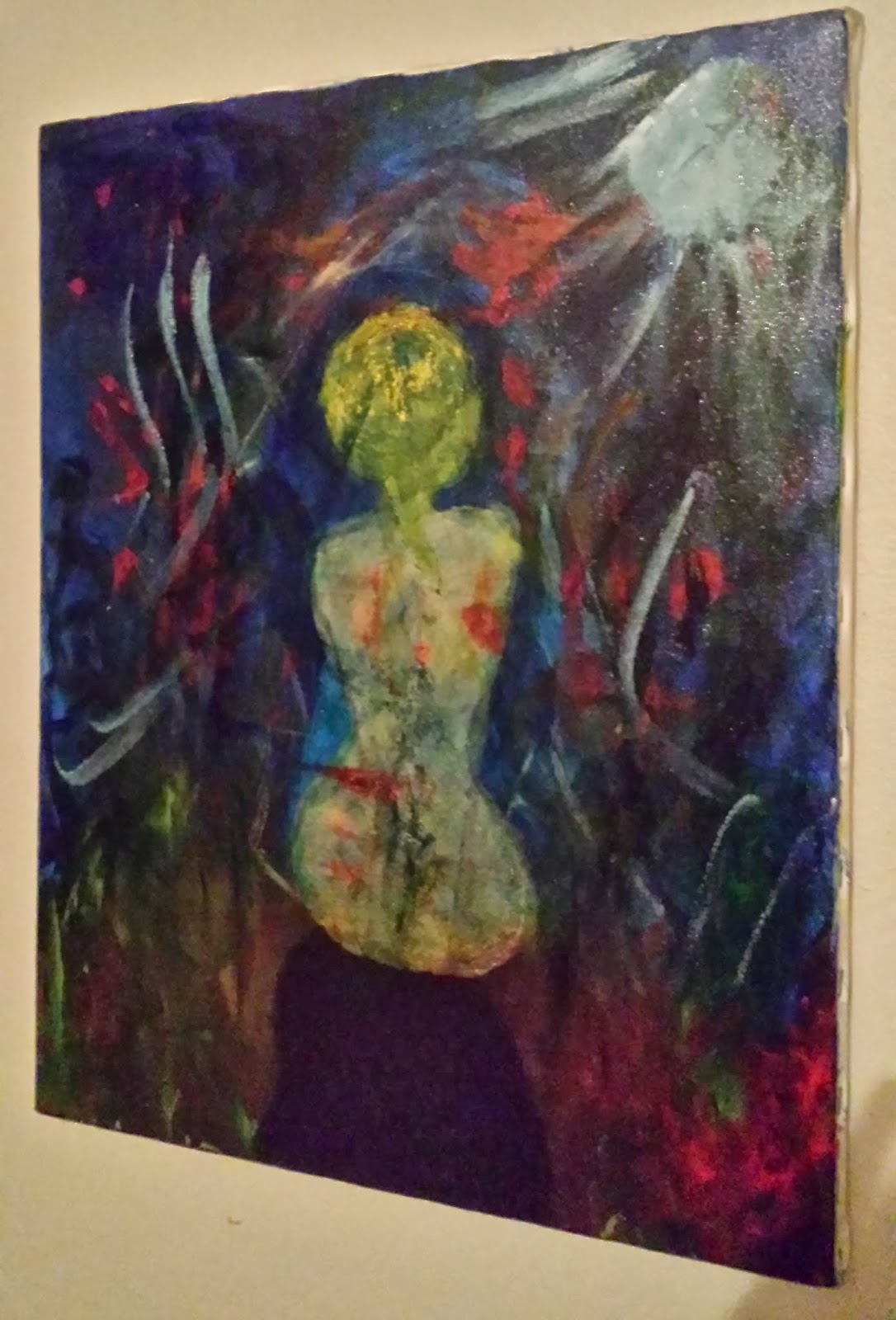 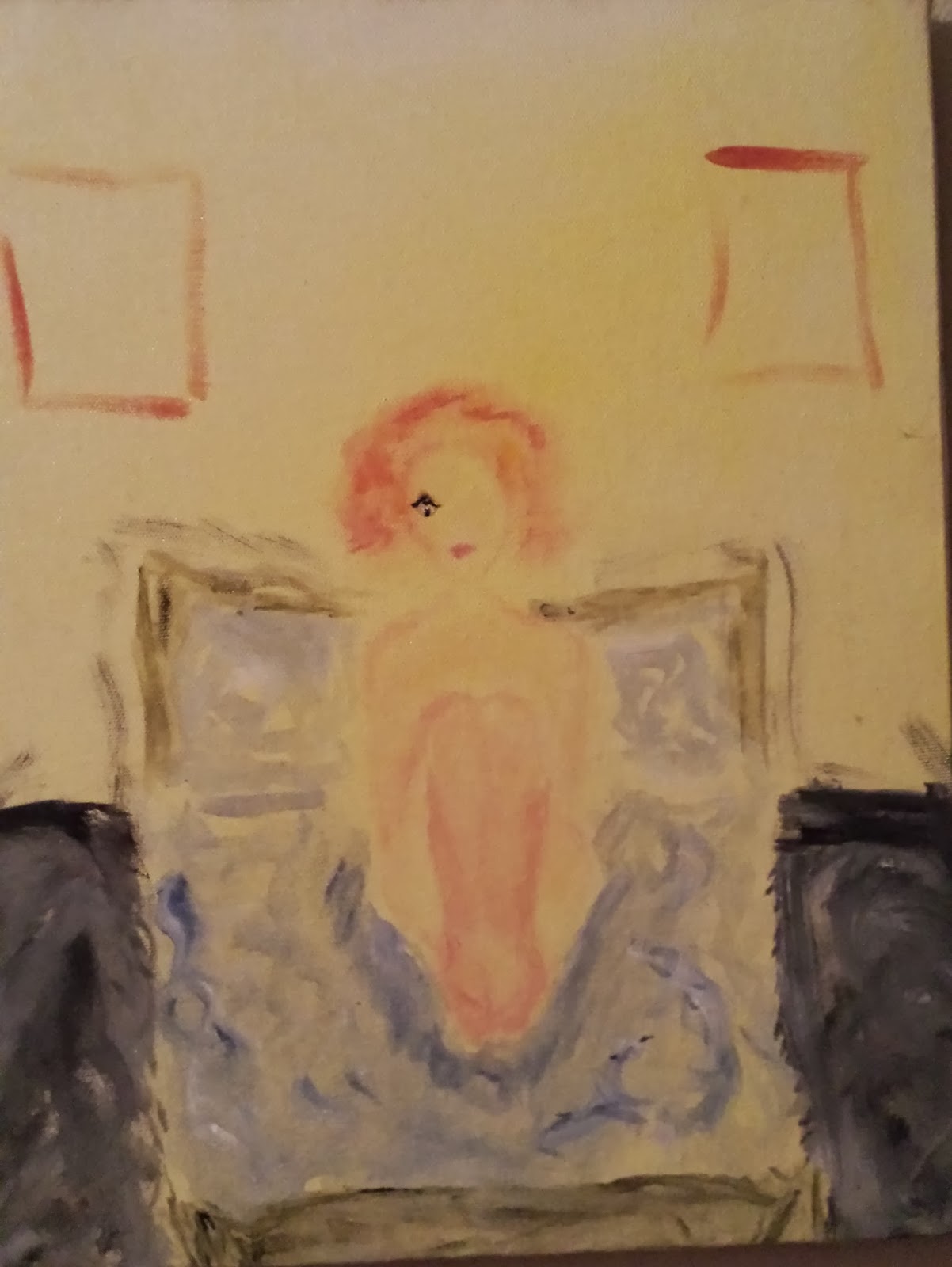 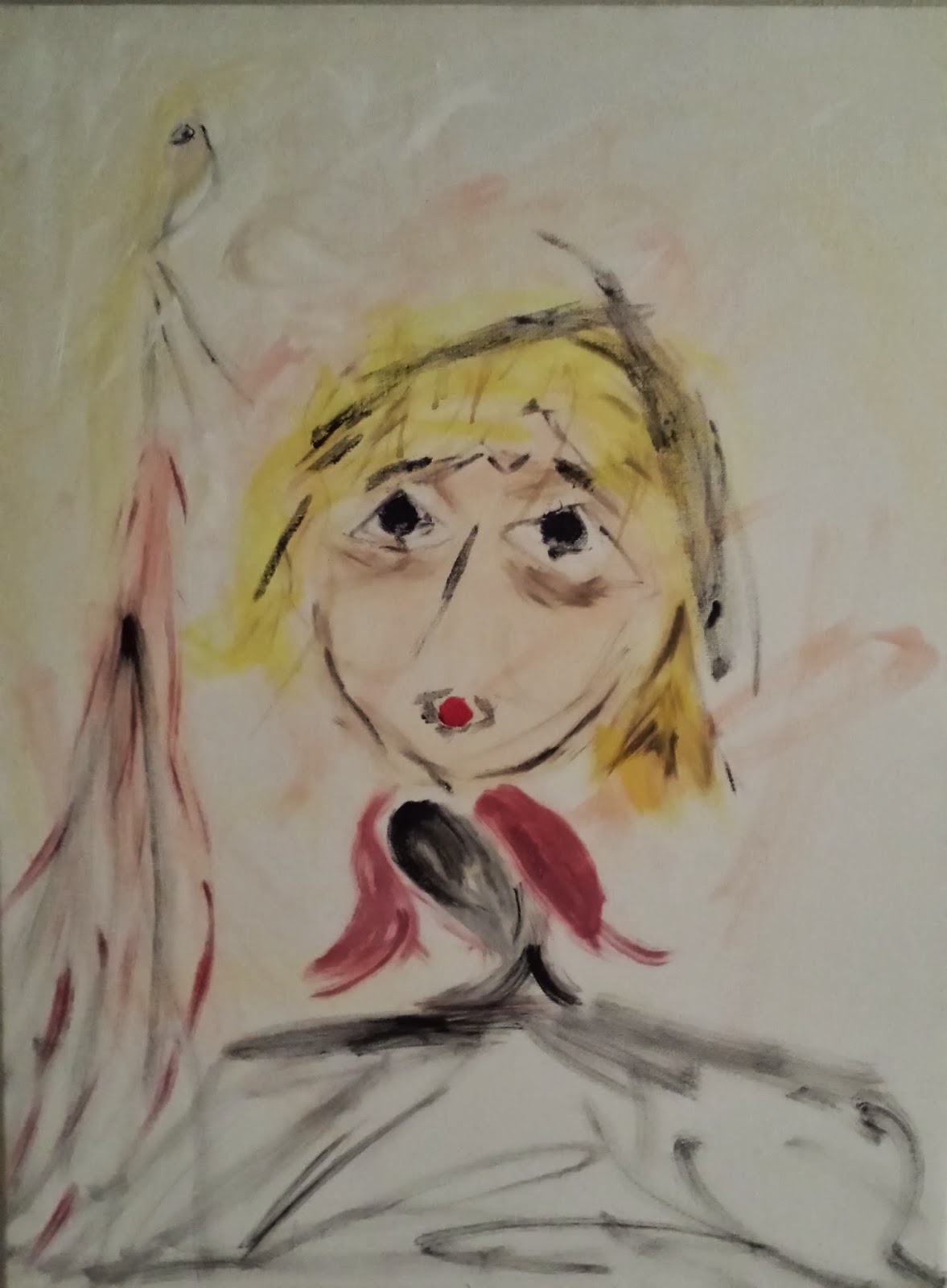