52 Ancestors: #19 What Did Church Mean For Rev. Thomas Duke Harrison? 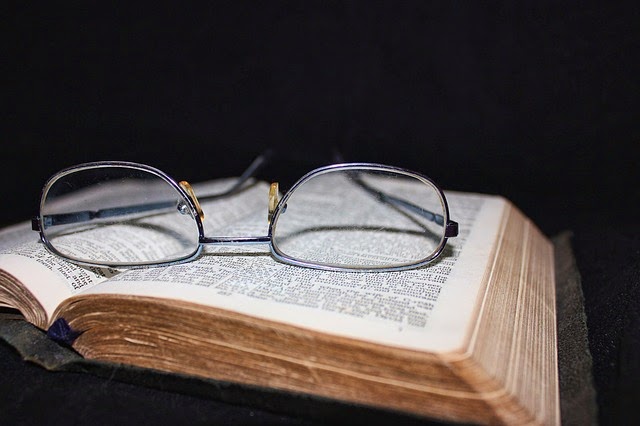 It's been awhile, but yes I am still participating in the 52 Ancestors in 52 Weeks Challenge put forth by Amy Johnson Crow of the blog No Story Too Small. If you aren't familiar with the challenge be sure to check out her blog.  I am a bit behind on this prompt but I figure, I will just keep doing the best I can about getting these posts out there. It's summertime and it's been challenging to carve out time during the day to blog. This particular post I have had sitting in my draft section in Blogger going on two weeks. Finally, I said to myself enough is enough. Let me just get this thing out there.


What did church mean for Thomas Duke Harrison? I have often wondered about this. What church means to me is spirituality and connection to those around me.  For him, it had to mean so much more though. 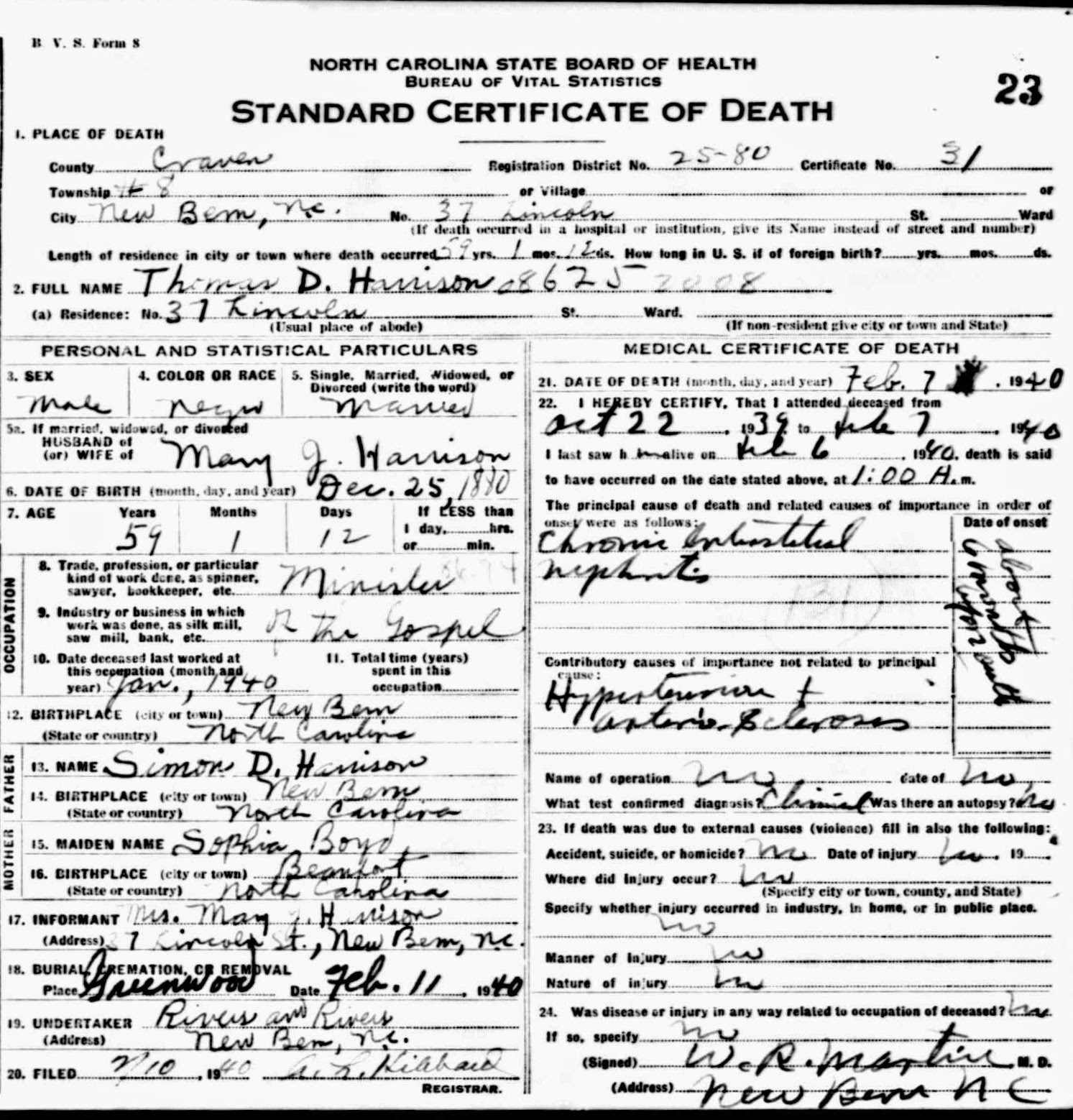 According to his death certificate, he was born December 25, 1880 but based on information provided on Thomas's marriage license to a Mary Jane Williams, my 2nd great grandmother, I believe the year was actually around 1856. His mother was a Sophia Boyd of Beaufort, NC and a Simon D Harrison of New Bern, NC.  The family oral history that was passed down to me from my maternal grandfather Lemuel Harrison was that the original family surname was Dove and at some point was changed to Harrison. Supposedly, a man of possible Irish decent helped out Thomas and as a result he was able to attain an education.

By 1880, Thomas Duke Harrison was residing in Rocky Point, NC which is northeast of Wilmington. He worked as a servant for a Benjamin and Mary Lee.  I believe he probably was already involved with the Methodist church at this time. In 1880, Thomas's father Simon Harrison was still alive and living in New Bern, NC. I wonder what their relationship was like. Did he miss his father? I have a feeling that the church gave him a sense of family and belonging.

I found signs of his rise in the ministry in newspapers of the time. 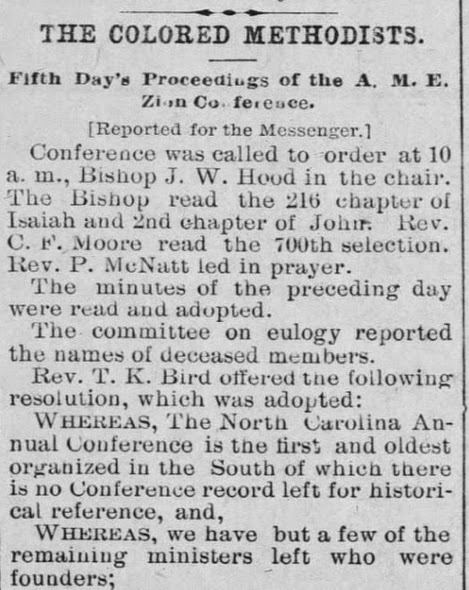 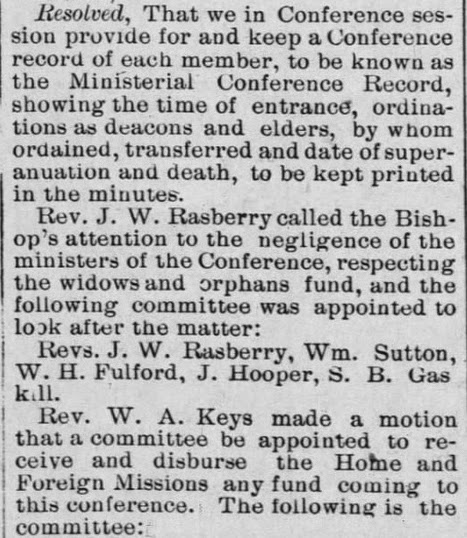 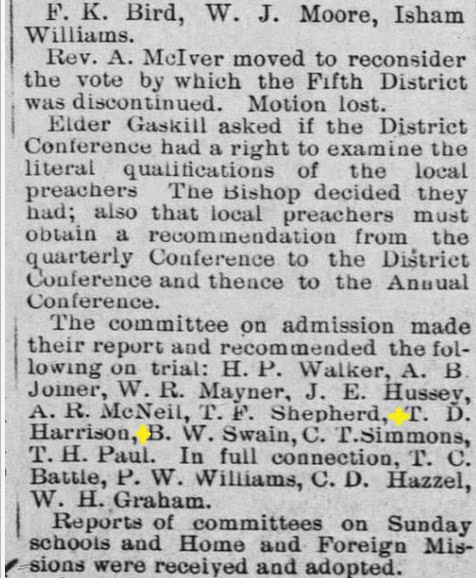 This next article from January 2, 1897 noted T. D. Harrison's pastoral appointment to the Swansboro, NC district. 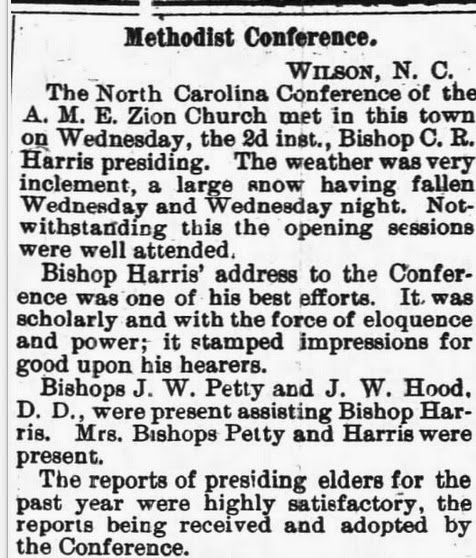 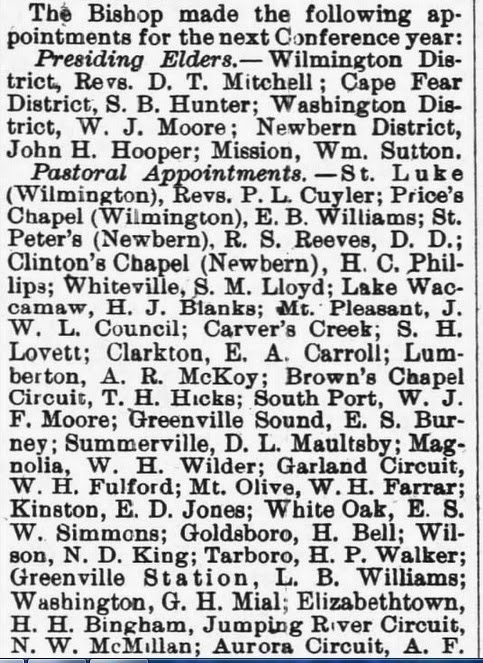 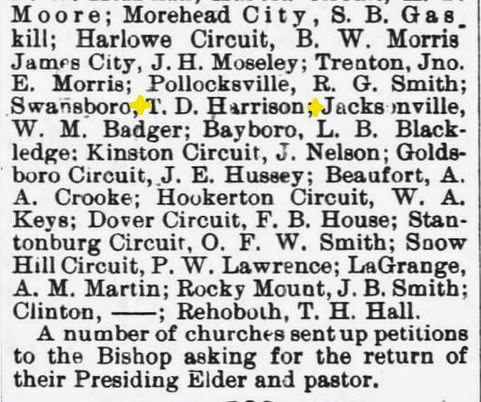 By 1900, Rev. T. D. Harrison was living in Wilmington, with his wife and 6 children on land he apparently owned. In 1906 he made an additional purchase of land in Wilmington.

I wonder if this was a personal purchase or one he made on behalf of the Methodist church?

Over the next several years, he was appointed to different districts in North Carolina. 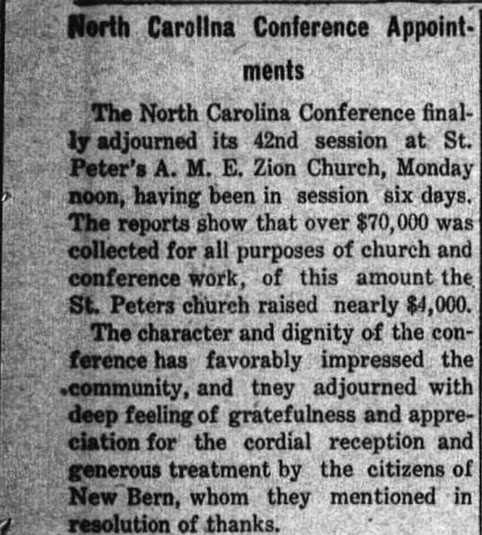 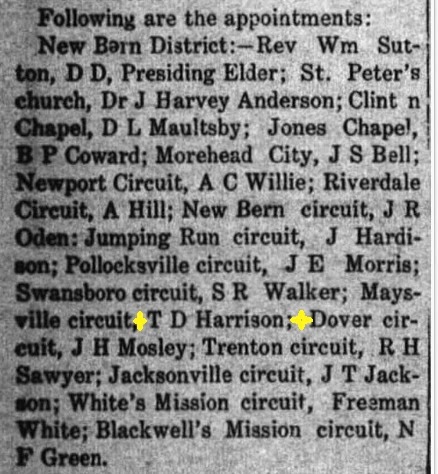 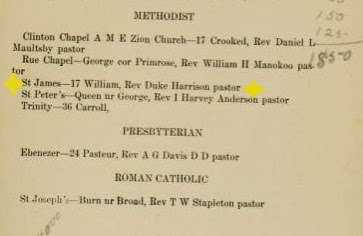 
By 1910, Thomas Harrison's family had expanded to include 9 children:  Elizabeth, Mary Ellen, John Thomas, Charlie Lee, Sophia, Lilian,William Arthur, Edward, and Varina. I found it curious that Thomas was not listed on the census with his family. Perhaps he was in Kinston when the household was enumerated.

Or was he was working the circuit back in his hometown of New Bern?

My great great grandfather certainly was a man on the move. 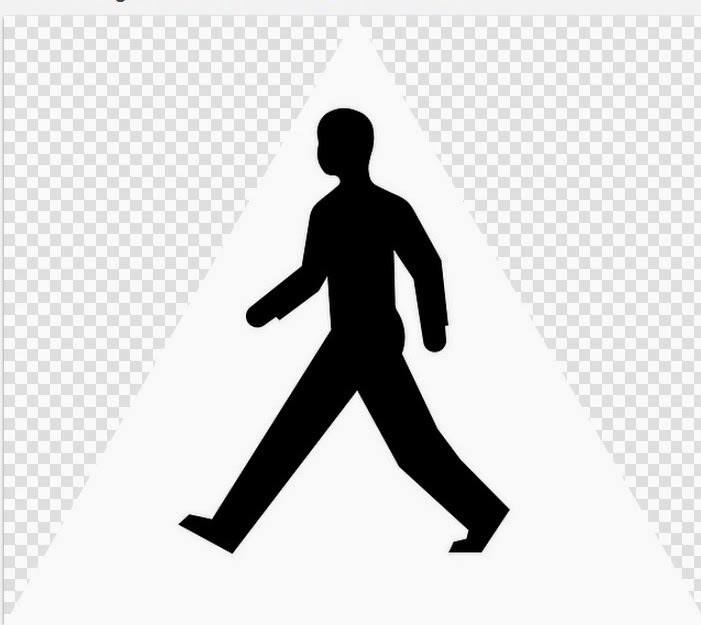 Thomas Duke Harrison's family eventually caught up with him and settled in New Bern sometime between 1911 and 1919. The family resided in a house that was once listed as 37 Lincoln St. but is now referred to 1510 Lincoln St. To learn who my 2nd great grandfather purchased the home from, check out my post Deed to 1510 Lincoln St Reveals An Interesting Connection.

What did church mean for Rev. T. D. Harrison?

These are a few of the words that came to my mind.

but in the end I think it really was the place he truly called home. 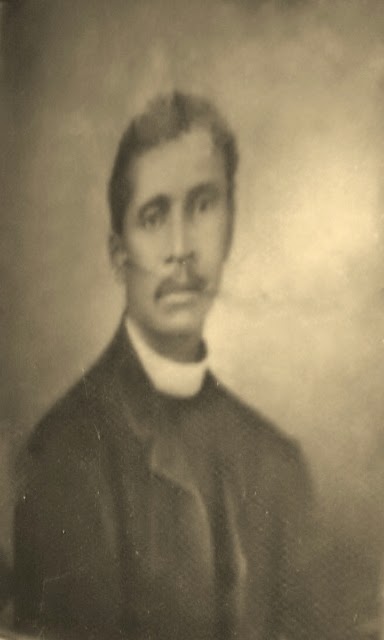 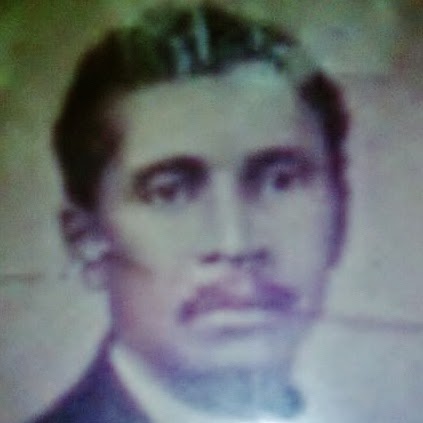 Here are some links to other posts regarding Thomas Duke Harrison: