Sylvia Sheppard Bryant's Story --Part two: A Father Did The Best He Could. 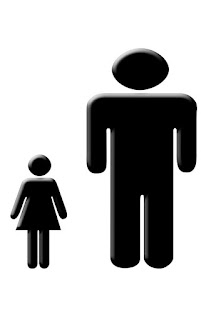 If you missed part one of this series, please take a look at the following link:

Sylvia Sheppard was just a young girl when her mother’s suicide shattered her world in 1912. A little girl needs a mother or at least a mother figure who can guide her through the transition to womanhood. Moses Sheppard, her father, was still alive. Would he be able to step up and guide his daughter past this tragedy? Based on clues left in different records, I can only theorize what actually happened between father and daughter.


First, I went to the 1920 Federal Census to see if the two were still residing together. Moses was residing at 704 Columbia St in Portsmouth. He was listed as a "lodger" in the household of a widow named Hattie McCoy. No sign of Sylvia. So I decided to back track by using city directories.You may recall from Part one of Sylvia's story, that the family was residing at 710 High St, Portsmouth, VA in 1912. I found the addresses for Moses Sheppard for the period from 1912--1920 and plotted them on a map. Here's what that looked like.

The first three points I have marked on the map are the places Moses Shepard resided at and the year he was noted living there. So you may ask who lived at 1502 King St in 1912? And why is this important?

We have to jump ahead to the 1930 Federal Census for this to start to make sense. It is the next census I could find Sylvia Sheppard listed on.

In 1930, Sylvia Sheppard was residing in a household that was headed up by a John T Riddick. The address was 1502 King St. Also residing there was Mr. Riddick's two sisters, Ethel Riddick French and Fletcher Riddick White,William H Reynold, and Elizabeth Hinton. Fletcher White was working as a seamstress that year. Hmm. Makes me think she may have known Sylvia's mom who's occupation was a milliner. Ethel French was listed as having no occupation but I know from looking at the 1900 census...

...that she had worked as a school teacher!

William H Reynolds was Sylvia's uncle. That's the same uncle we saw residing with the Sheppards on the 1910 census I featured in Part one of Sylvia's story.

Moses Sheppard lost his wife and was left with a girl child to raise on his own. He still had to work to make a living. It appears he placed his daughter's welfare into the hands of people he could trust, his wife's brother William Reynolds and a school teacher named Ethel French. Sylvia was probably Ethel's pupil at some point. By the way, did you happen to catch what Sylvia's occupation was in 1930?

I think that Ethel French had quite the impact on young Sylvia's life.