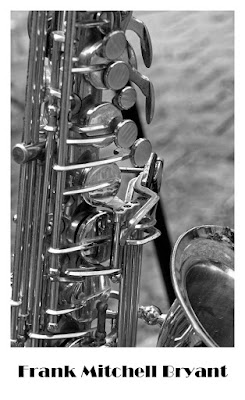 Week 29 (July 16-22) – Musical: There seems to be a musician in every family. Who is the one in yours? Don’t have a musician? Which ancestor has a lyrical name or reminds you of a song?

Frank Mitchell Bryant was the eldest child of my great grandparents Frank L. Bryant and Ophelia Jones Bryant of Morehead City, NC. He was born on March 6, 1912.

Music played an important role in the lives of my Bryant and Jones ancestors. It brought the family together. The piano was the instrument of choice for most who lived at my maternal great grandparent's home at 1400 Fisher Street in Morehead City. In my post, "Where is Church? I say it is in the Heart," I wrote about an "A-ha moment" I had when I realized where my grandmother's love of the piano came from. My grand uncle Frank had a love for a different instrument. He played the saxophone.

I did not have the opportunity to know Frank Mitchell Bryant because he died before I was born. According to my mother, he was raised for the most part by his grandmother Rosa Mitchell Jones in the house next door at 1404 Fisher St. He even referred to his grandmother as "mother." When his mother Ophelia passed away in 1939, my grand uncle Frank did not attend the funeral. Still don't know what that was all about. Perhaps some bad blood between family? I don't know. I think the main reason why he was raised by his grandmother was that it provided his mother an opportunity to finish her schooling to become a teacher.

Eventually, Frank settled in Brooklyn, New York. He did marry but didn't have any children. My mother believes his wife's name was Margie. Playing the saxophone was something he did on the side and not for his career. If my memory serves me right, I believe my mom said that Frank Mitchell Bryant was a salesman of medical tools or something like that. 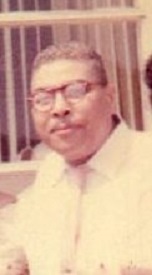 
I keep falling further behind on these prompts! Let's see if I can catch up a bit and finish another post by later today.