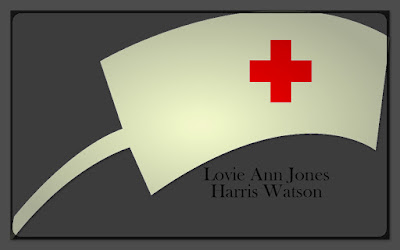 Lovie Ann Jones Watson was my maternal great grand aunt. She was born in Morehead City, NC with her birth date being most likely January 14, 1883. Based on the records I've found thus far, she appears to have been the eldest child of my great grandparents Alexander Hamilton Jones and Rosa Mitchell Jones.

Here's Lovie listed with her family in the 1900 Federal Census.

The only record of their union I've come across so far is an entry in the Carteret County Marriage Register Index:

And yes they did list her name as Louie :)

Okay, okay, I know completely random right. My brain and body are away on vacation with the family this week in Connecticut so you'll have to forgive me. Plus my mind has a tendency to want to tie in songs to whatever I may be working on. Just call it a weird quirk of mine.


Anyway, back to the marriage record. John Harris was from Goldsboro, NC and Lovie from Morehead City. How did they meet? Perhaps they met while she was in nursing school in Raleigh. Lovie attended Saint Augustine's Normal School and Collegiate Institute there. Here's the link to a page in the school's annual catalog for the year 1900--1901 that I found on Internet Archive. She was shown to be a second year student:
https://archive.org/stream/annualcatalogueo18991914#page/n63/mode/2up/search/%22jones%2C+lovie%22

Lovie gave birth to the couple's only child Madeline Teresa Harris on June 23, 1905 in Morehead City. I have not been able to find any records that show where Lovie was living from 1902--1909. I am going to assume for now that she was finishing up her schooling in Raleigh and possibly working there. She shows up in the records again in 1910 on the Federal Census.

Apparently the marriage between John M Harris and Lovie Jones didn't work out because Lovie's marital status was listed as divorced that year. She's returned to using the Jones surname. Lovie's daughter Madeline T. Harris was also living in the Jones household. So much for marriage number one. On to marriage number two. 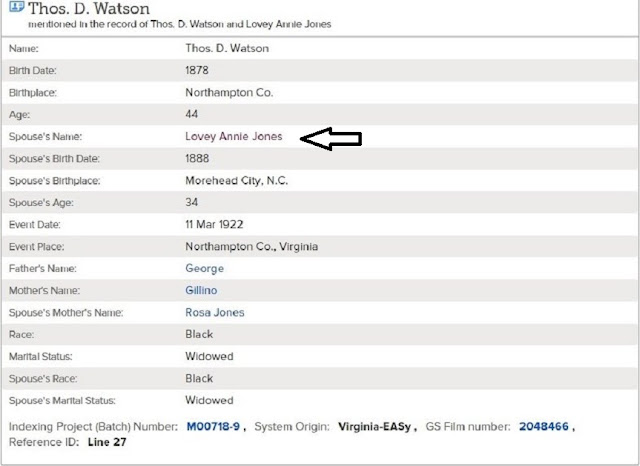 Lovie married Thomas D Watson in Northampton County, VA on March 11, 1922. Her marital status was listed as widowed. Widowed probably went over better with most folks than divorced back in 1922. I can understand why she lied on her marriage record here. 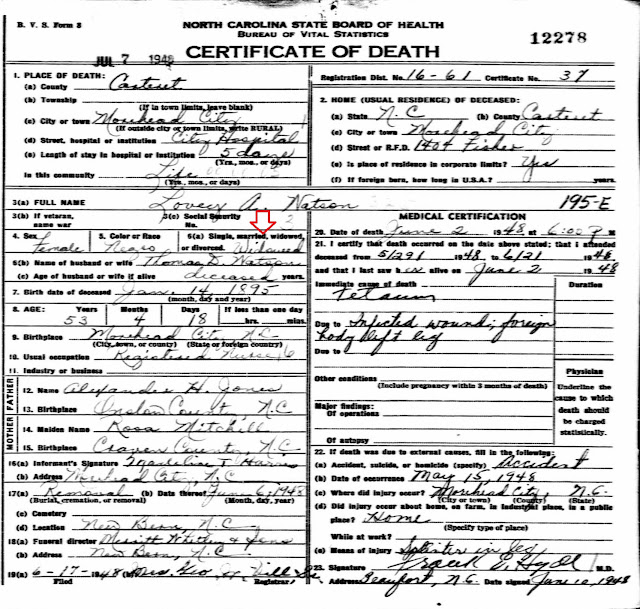 Lovie A.Watson died on June 2, 1948. She was listed as the widow of Thomas D. Watson. The thing is Mr. Thomas D. Watson was very much alive and living in Virginia. He didn't die until 1958. Here's his death certificate. 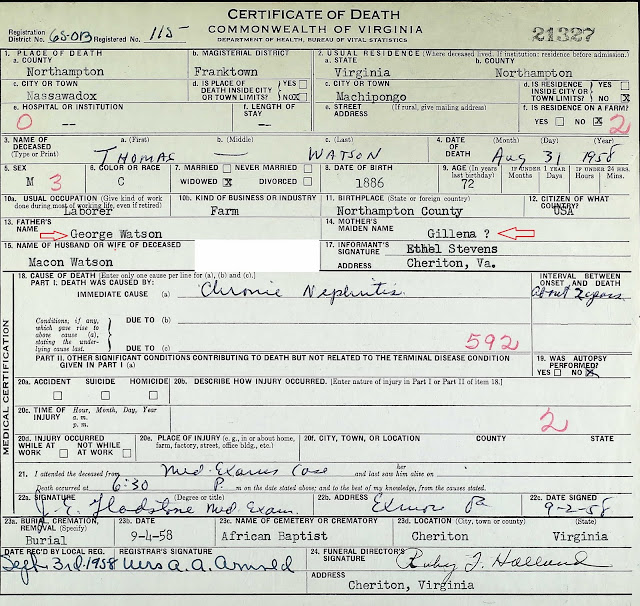 This is what I think may have happened. Thomas Watson's first wife was a Macon Goffigon Watson of Northhampton, VA. Macon died on January 13, 1922. Just two months later Thomas up and marries my great grand aunt Lovie. I believe that Thomas and Lovie were acquainted with each other before Macon died. 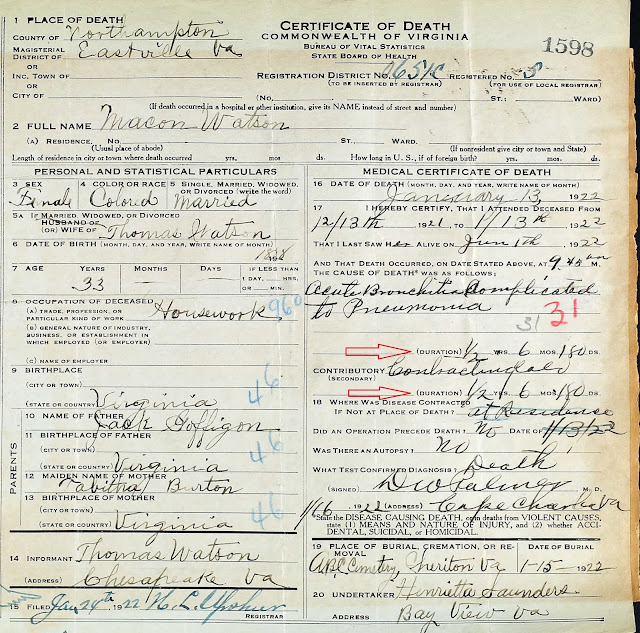 According to Macon Watson's death certificate, she was ill for 6 months prior to her death. Maybe Lovie was a nurse hired to assist with Macon's care?

Time to get back to Lovie and her daughter Madeline now. Madeline Teresa Harris was raised for the most part by her grandmother Rosa Mitchell Jones in Morehead City. In Rosa Jones's will, she even referred to Madeline as her "daughter" instead of granddaughter as further proof of this.

I find it especially sad that Lovie died from tetanus. Here she was a a registered nurse trained to help and heal others. A simple household accident of getting a splinter in her leg that went on to become infected would become the cause of her demise.

Lovie Annie Jones Harris Watson is buried at Bayview Cemetery in Morehead City, NC along with many other of my Jones ancestors.