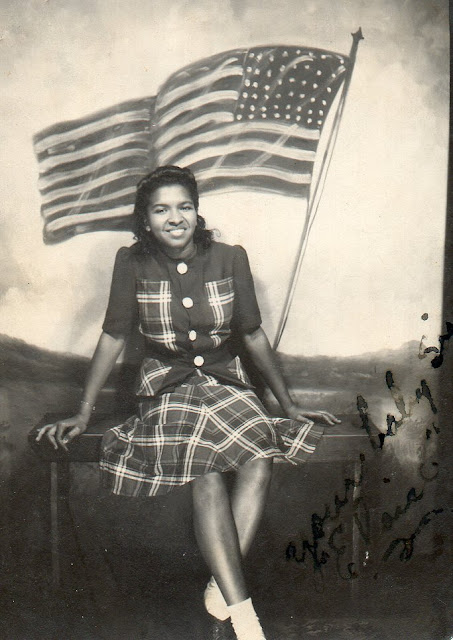 Week 27 (July 2-8) – Independent: This is the week for Independence Day! Which one fought for (or against) America’s independence? Or which of your ancestors was independent?

When I think of someone who had an independent spirit, I think of my grand aunt Eloise. Eloise Thompson Bryant Grigsby was my maternal grandmother's youngest sister. She was born on July 5, 1927 in Morehead City, NC.  She was the last child born to my great grandparents, Frank and Ophelia Bryant.

Since learning of her middle name, I have often wondered, Why Thompson? Was there a family friend who had that name? I have yet to find any other family members with that middle name. For now, it's significance remains a mystery.

Eloise was the most outspoken out of my maternal grandmother's sisters. She didn't mess around. If she had something to say about you, she would just come out and say it. She did not have a problem stating what was on her mind. You might, but that wasn't her problem. :)

I am very glad to have known my outspoken aunt.  I shared a couple of my memories of her on my post, The Book Of Me: Prompt 35 --Aunts and Uncles.


I believe Eloise's tough exterior came about as a defense mechanism she developed in her youth. Before she turned twelve, her mother/ my great grandmother Ophelia passed away from cancer. Eloise attended boarding school with her sister Rosa in Laurinburg, NC. This was all made possible through assistance from another sister, Loris, who was already married and living in Laurinburg. 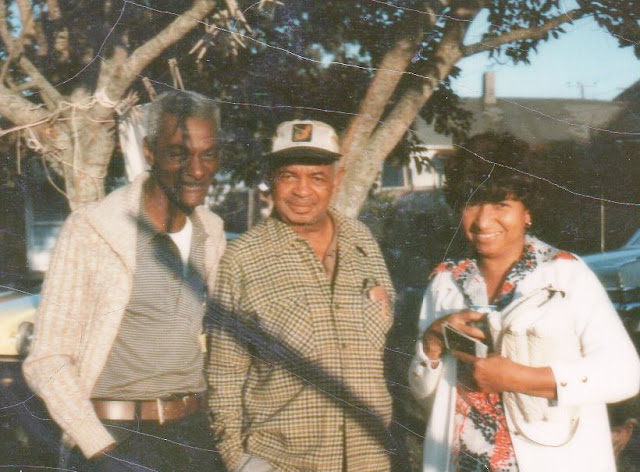 She married her childhood sweetheart Raymond Perry Grigsby and resided in Pittsburgh when my mother was a little girl. I believe they met while Eloise was at boarding school. They lived in New York when I was growing up but prior to that I think they had lived in a couple of other places. That's another one of those things I will have to check in with my mother about.

Anyway, Eloise and Ray never had children but they did babysit my brother and I from time to time. I liked her confidence and her sense of style.

Eloise and Ray moved to Morehead City, NC if I recall correctly, a year or two before Ray passed away. They lived in Eloise's childhood home, 1400 Fisher Street. I wonder what that must of felt like after all those years away from home. Raymond Perry Grigsby died on December 30, 1989.

After losing her husband, Eloise still maintained her independence. She never learned how to drive but she didn't let that stop her from getting around. She rode a bicycle to get to the places she wanted to go.

Eloise Thompson Bryant Grigsby died on May 9, 1999 from liver cancer. She was buried next to her husband at Bayview Cemetery, Morehead City, NC. 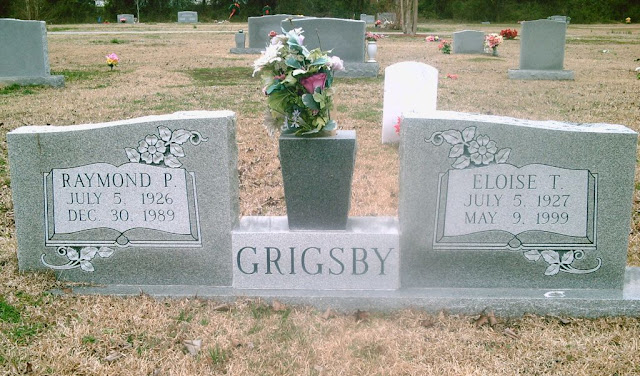 Yes, it's true that husband and wife were both born on July 5th. 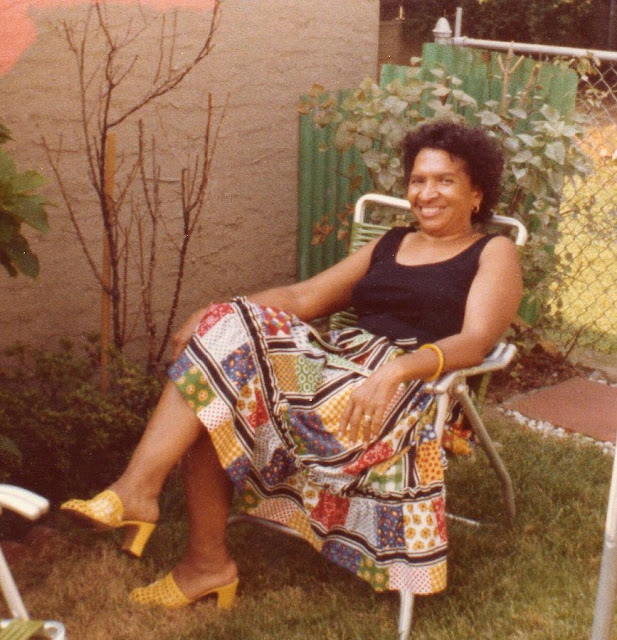 This is one of my favorite pictures of my aunt.
Love that devilish smile!