April 19, 2013
After I celebrated finding out Frank Bryant Jr.'s middle name was Mitchell on my post Amanuensis Monday: The Will of Rosa Mitchell Jones, I reviewed what other information was on the will.

a)Frank Mitchell Bryant received his grandmother's house and land that the home resided on. 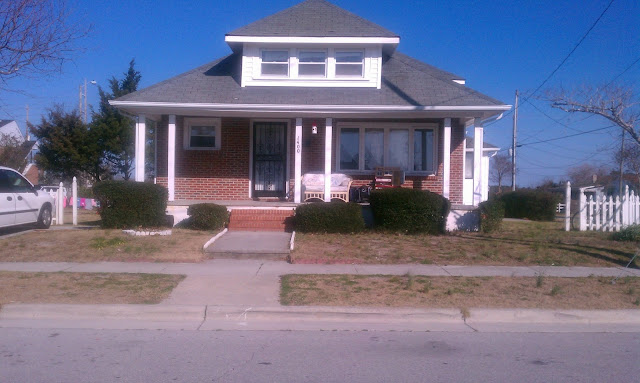 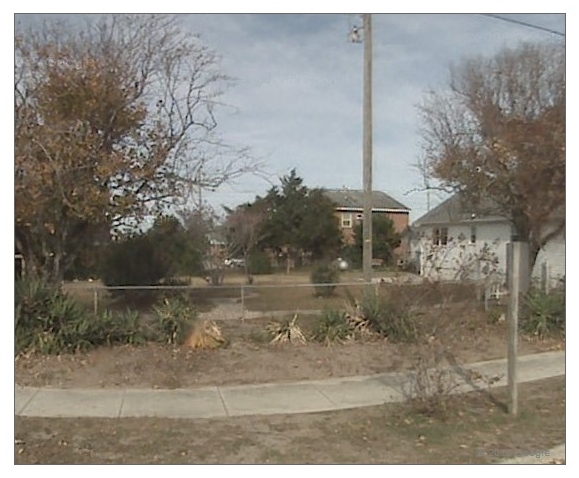 My 2nd great grandmother, Rosa Jones, lived at 1404 Fisher St in Morehead City, NC, next door to her daughter Ophelia Bryant.  Frank Jr. was the oldest of Ophelia's seven children, so perhaps it makes sense that he inherited his grandmother's home. According to my mother, Frank always lived with his grandmother and referred to her as "mother." Upon learning this, I questioned why?  Then I thought about the circumstances. Ophelia gave birth to Frank in 1912 when she was only 18 years old. Rosa probably stepped in to help her daughter who eventually went on to become a school teacher. Having her grandson to raise probably helped Rosa fill the void left by the death of her husband, Alexander Jones in 1915. I wonder if any of Frank's siblings were jealous of him inheriting his grandmother's home? Another thing I learned from my mother about Frank, was that he attended the funeral for his grandmother but he didn't attend the funeral for Ophelia, who passed away in 1939. Not attending your mother's funeral...now what was that all about?! Hmm.

b) In Rosa Jones's will it states, "I give and bequeath to my daughter, Madeline T Harris, my breast pin, set with rubies."

In actuality, Madeline Teresa Harris was Rosa's granddaughter. Madeline's mother was Rosa's daughter, Lovie Jones. I don't know a lot about Lovie. I know she was a professional nurse and was married twice. Her first marriage took place on March 24, 1902 in Morehead City to a John M Harris. The marriage was short lived because according to the 1910 census she is listed as being divorced and residing back home with her parents. Her second marriage was to a Thomas D. Watson

Was it a mistake that Madeline Harris was referred to as Rosa Jones's daughter in the will? Or was this some indication of the relationship they had? Perhaps Rosa assisted with raising her granddaughter too.

c)According to the will, the remainder of Rosa's real and personal property was to be divided equally between her three daughters Lovey Jones, Mary E. Wooten and Ophelia Bryant or their heirs.

It states "that then my Executor or his successor, shall sell all of this balance and residue of my property, both real and personal, and distribute the same equally between my three daughters or their heirs, after paying any of my debts that may be then unpaid."   The Executor of the will was a W. C. Gorham, an actual lawyer. I have discovered only a few wills for my ancestors but this is the first one that I have come across that someone had a lawyer handle their affairs.
Bryant family Jones family