David Sampson Made Quite An Impression On People 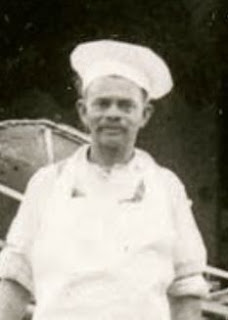 David Sampson
Close up of an image courtesy of the New Bern-Craven County Public library.

"Hey Andrea. Camp Bryan, isn't that where one of your ancestors was from or something? You have that picture, don't you? Or I've seen it somewhere on your blog or from your research?"  I peeked my head around the corner from the kitchen, pausing from making dinner. My husband was watching Antiques Roadshow and they were featuring items that were linked to Babe Ruth onscreen. One of the items happened to be a hunting picture. Babe Ruth posed leaning against a car with the animals he had killed resting on top of it. You'll can view the episode of Antiques Roadshow here.

If you are new to my blog then I should explain that I have a distant connection to Babe Ruth. That connection is through my 2nd great grand uncle David Sampson of Riverdale, NC.

You can read more about David in these posts:

My Speculation Regarding Dave Sampson's Parentage

Mappy Monday: Camp Bryan, NC and "The Savory Dishes Of An Aged Negro."

You can also check out this post by John B. Green III of The Kellenberger Room blog here.

David Sampson was married to my 2nd great grandmother Rosa Mitchell Jones's sister Mary. You can get a better understanding of our connection with this visual. 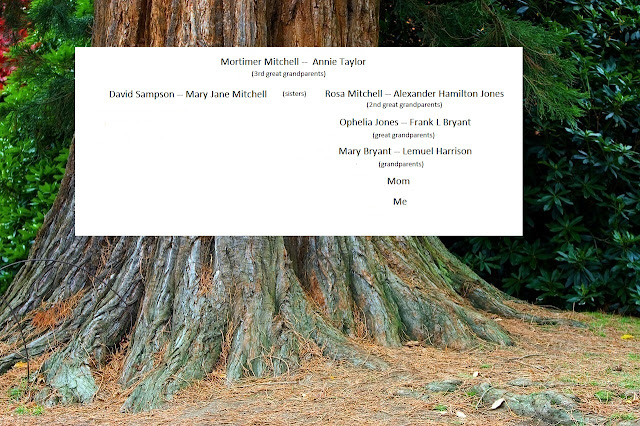 David Sampson worked as a cook for many years at Camp Bryan in Craven County, NC. While working there he befriended many famous people including Babe Ruth. Seeing this particular segment of Antiques Roadshow that mentioned Babe Ruth and my 2nd great grand uncle's prior place of employment made me wonder. Could I find anything new on Dave by doing some Googling?

Guess what? I did.

This time I changed things up a bit and did a very simple search.

With just those three words, I came across this article from 1913 that was featured in the Saturday Evening Post Volume 186, Issue 2. 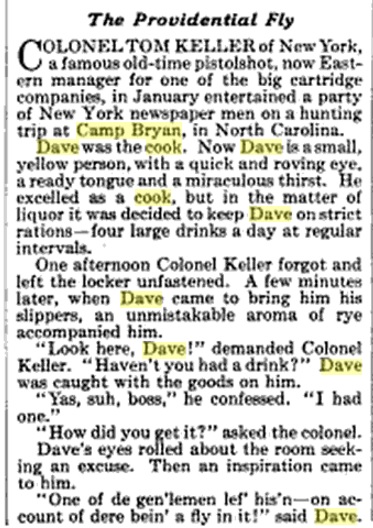 I wasn't exactly a fan of how Dave was described here, you know the whole "small yellow person thing" but none the less here was my Dave Sampson. It's good to know he could think fast on his feet.

I tried another simple search using "David Sampson" and "negro cook" as my search terms. 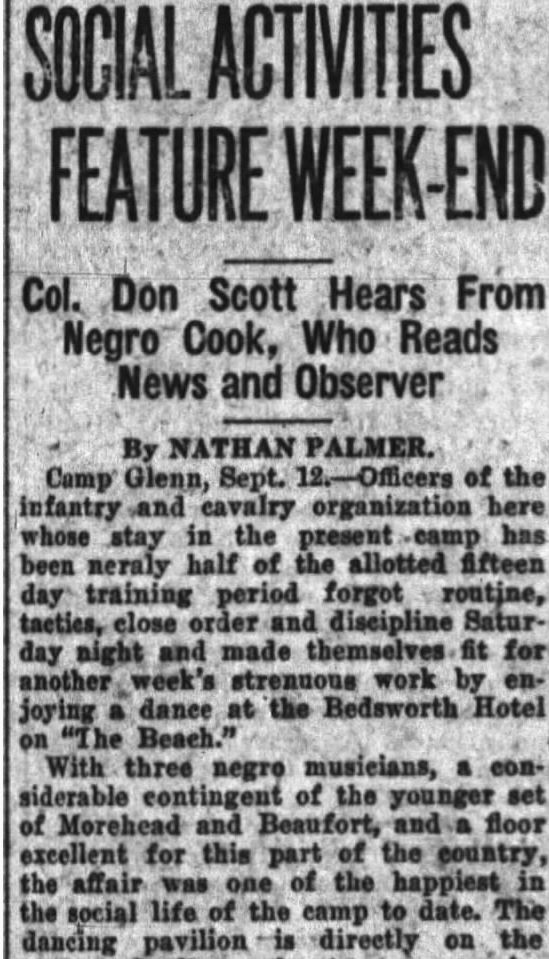 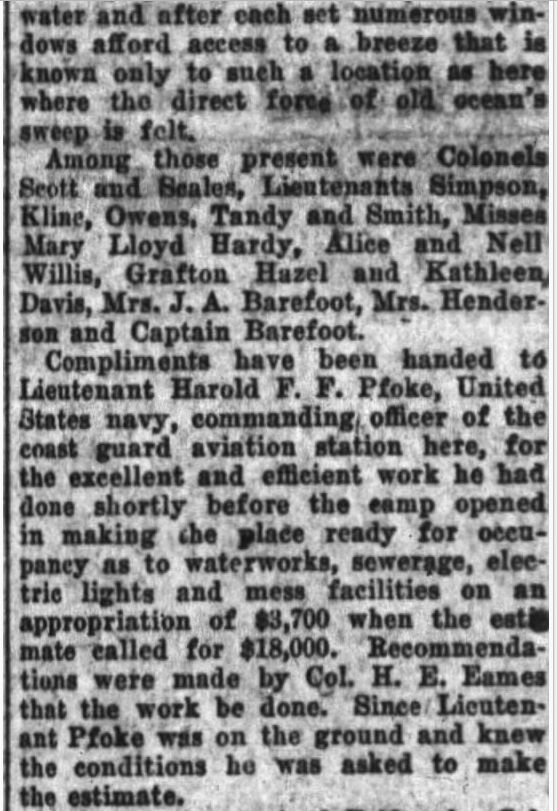 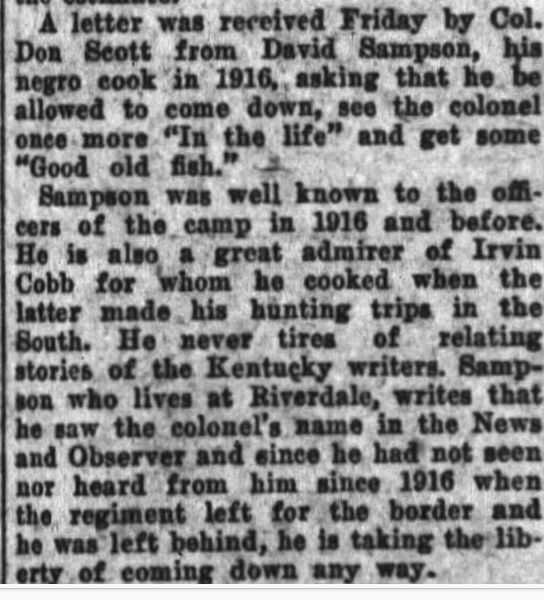 So now I know that for a period of time David Sampson worked as a cook at Camp Glenn. I bet there's other stories about him out there waiting to be found from this time period. I will have to keep digging.