My Speculation Regarding Dave Sampson's Parentage.

June 16, 2011
Okay, the disclaimer first. This is my speculation. I am in no way trying to say I know this for sure. I am working with circumstantial evidence but I thought I should put this out there. If you read my posts regarding Dave Sampson you were provided with two different stories regarding his parentage. The first version was provided by an excerpt of a book written by  Primrose Watson Fisher called "One Dozen Pre-Revolutionary War families of Eastern North Carolina" In the book we learn Dave's mother's name was Hannah and she was a slave of Michael Fisher Sr..  Apparently, the female slaves were warned that if they gave birth to a mulatto child, they then subsequently would be sold off. Here's an excerpt from the book:

Dave's mother claimed that a white man who came to the community as a school teacher and for a while had boarded at the Fisher home, was the father of her child.  As a result, she was sold.  However, the sale was to a planter well known to the Fishers and who provided well for his slaves.


Now when you read Dave's obituary from "The New Berninan" January 27, 1932,  you get a slightly different take on what happened.

Before the war between states, Dave was a Craven county slave.  When he was only 3 weeks old, both his father and mother were sold and sent to Mississippi, by their owner Michael Fisher.  Thereafter he was brought up in the house with white people and learned to wait on ladies of the household.  After the war he found that his mother had written to him but the letter had been destroyed.


Oh what I would give to be able to read that letter. Well, let's look at what we know. Dave Sampson was a mulatto. When he lived with the Fishers he did not live in the slave quarters but rather in quarters off the kitchen. The kitchen was a separate structure behind the main house. He had a very close relationship with the family. He was described  further in the obituary  as staying on as a "slave by choice for ten years after the war, learning how to cook and to wait on the table and help his white friends"  We know he lived near the Fisher family for his whole life.  Hmm...Maybe the Fishers were not just friends. I'm just saying.

Okay, I am going to put it out there. I think that Michael Fisher Sr. was Dave Sampson's father. The uniquely close relationship he held with the family seemed more of a familial quality.

Here's two pictures of Dave Sampson from another wonderful book from the Images of America series called "Craven County" by Lynn Salsi and Frances Eubanks. Somehow in the cosmic universe a couple of people from my tree managed to get themselves into books.  LOL. On page 81 and 84 there are images of Dave Sampson when he was the cook at Camp Bryan.  As I looked at the pictures again I noticed that the images were from the G.A. Nicoll Photo Album, from the New Bern Craven County Photographic Archive at New Bern Craven County Library. 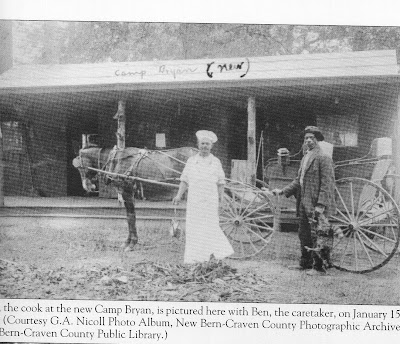 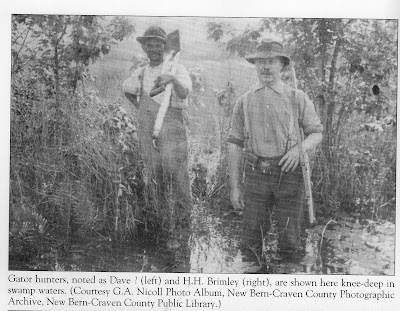 Now I am going to show you a picture of Michel Fisher Sr.'s youngest child Abram Dudley Fisher from the book "One Dozen Pre-Revolutionary War families of Eastern North Carolina" by Primrose Watson Fisher. 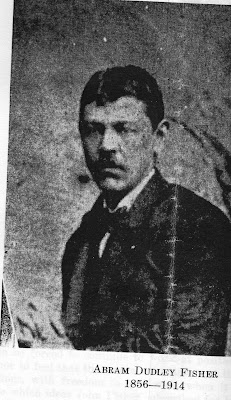 I don't know but call me crazy but there is something about those ears and the context of their faces that seems to me that there is a genetic connection.  What's your opinion?