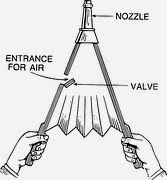 So how do I have a connection to Babe Ruth? No I am not kin to him but there is a connection that goes back to the husband of my 2nd great grand aunt on my Mitchell line. Rosa Mitchell Jones's sister Mary, married a David Sampson who resided in Riverdale, Craven, NC.  Well this David Sampson (Sept. 5, 1852--Jan 25, 1932) turned out to be quite a character. Thanks to the kind people at the Kellenberger Room of the New Bern Public Library, specifically Victor T. Jones jr.,  I was able to find out quite a lot about him from an excerpt of a book called "One Dozen Pre-Revolutionary War families of Eastern North Carolina" by Primrose Watson Fisher. The excerpt describes a trip that the then slave Dave Sampson took with his  owner's sons to Carteret County to visit with relatives.

Having decided to go to see their relatives in Carteret County, Michael, Jr. and John Fisher hitched one of the horses to a carriage and set out over the course mentioned, taking with them one Dave Sampson, mulatto lad belonging to their father.  Dave had been born to one of the negro slaves who had given him the name Sampson.  Any narrative about this period of the Fisher family would not be complete without some more than casual reference to Dave for , in addition to maintaining a home near the surviving members of the family and working for them whenever possible to do so long after his freedom began and even in his later life, Dave Sampson was a versatile character who became well known over a wide area.  Dave's mother, Hannah, was sold when he was a small child and he had been given unusual attention by the family because of that fact.  It was not the desire or practice of Michael N. Fisher to sell slaves that resulted in the separation of the members of a family, but he had told the negro women belonging to him that in the event one of them gave birth to a mulatto child, he would sell her.


Dave's mother claimed that a white man who came to the community as a school teacher and for a while had boarded at the Fisher home, was the father of her child.  As a result, she was sold.  However, the sale was to a planter well known to the Fishers and who provided well for his slaves.

To resume the trip to Carteret County, we find the two brothers and their seven year old negro companion going on a trip that because of the route and other conditions of travel, needed more than one day to reach their destination.  As a result, it was necessary to stop at the home of a farmer for food, lodging, and rest for the horse.  The identity of the farm at which this accommodation was secured and the name of its owner have not been kept but it was a fairly commodious place at which a number of slaves were owned, the quarters of those employed in the household being adjacent to the kitchen which was, after the custom, a building apart from the dwelling house.  Because of the war conditions, great care was taken by the owner to see that persons unfriendly to the Southern cause were not allowed to visit the slaves or otherwise molest the routine of the farm or the authority of its owner.  Accordingly, it was not only necessary for the Fisher boys to identify themselves but to satisfy their host of the allegiance of the mulatto boy for whom they also required a place.  It was this companion who did not feel the humility of his owners that stirred up a feeling of distrust in the mind of their host.  Any contact with Dave over his long life would convince one that he did not feel inferior and that he was intelligent and crafty.  It is not surprising that anyone at that time would have wondered about a negro lad who seemed to lack the docility expected in a slave of his or any age.  However, the over-night accommodation was secured.


Having been assured of the trustworthiness of Dave Sampson he was quartered for the night in the rooms adjacent to the kitchen in which the household servants lived, the brothers Michael, Jr. and John Fisher sharing with the owner and his family he main dwelling house for the night.  But, according to the testimony of Dave Sampson, the negro slaves whose quarters he shared were more distrustful of him than was the master of the main house.  Dave humorously told with much animation, in his later years, of how he, as a boy on this trip impressed the negroes  with his smartness and how he picked up a hand bellows which he mistook for an accordion and in his attempt to investigate its intricacies, blew ashes from the fireplace onto the floor of the room.  The fact that he displayed an ignorance of the use of the bellows did not embarrass him or lessen his aggressiveness.  In writing this incident we cannot but comment on the personal inward stability of Dave Sampson who seemed to be comfortable in any situation, to know no inferiority by way of comparative wealth, education, or station and to feel a companionship and equality with all his associates: a gift from his Creator!