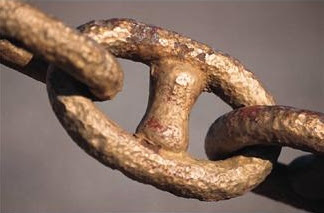 If you missed any portion of this series, here are the links:

Not So Wordless Wednesday On Thursday: More From the Civil War Pension File of Irvin Ellison--Part seven

When I first received my 3rd great grand uncle's file, I found that the paperwork was in a general reverse chronological order from the point he died, back to when the file was first created. The order in which things were in however, was not precise. I still haven't set things straight because I am enjoying a bit of the randomness of how I come across things.  When I was reviewing Irving Ellison's file recently, this page jumped out at me. 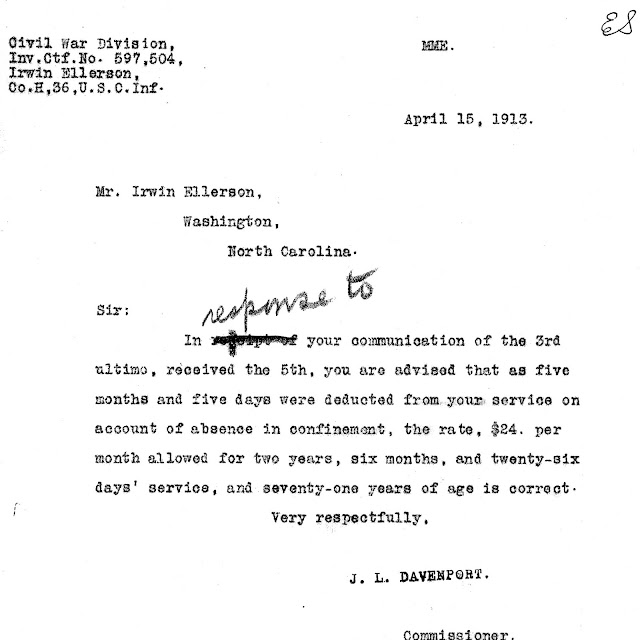 In response to your communication of the 3rd ultimo, received the 5th, you are advised that as five months and five days were deducted from your service on account of absence in confinement, the rate, $24. per month allowed for two years, six months, and twenty-six days' service, and seventy-one years of age is correct.


"What's this?" I thought. A little more digging in the file provided the next two pages. 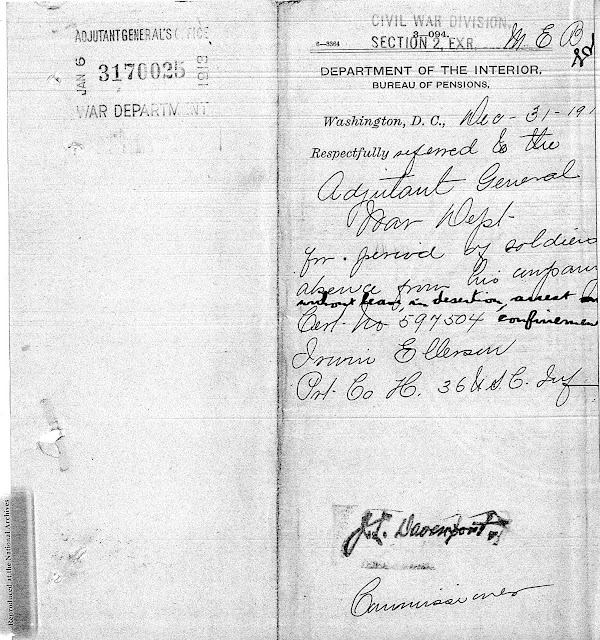 Department Of The Interior,
Bureau of Pensions 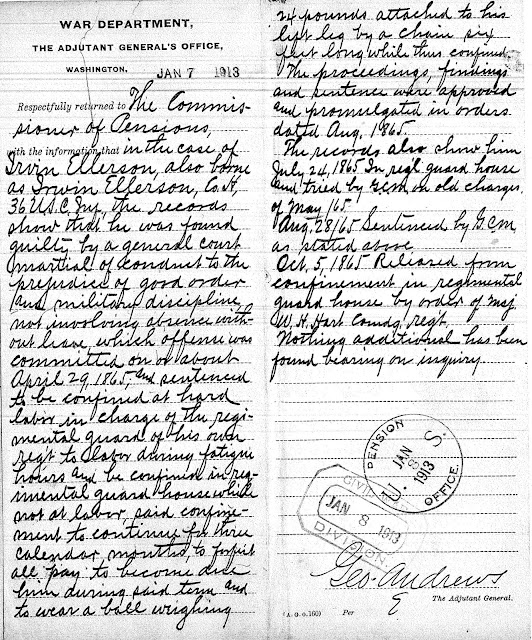 Respectfully returned to The Commissioner of Pensions, with the information that in the case of Irvin Ellerson, also borne as Irvin Ellerson, Co. H, 36 U.S.C. Inf., the records show that he was found guilty by a general court martial of conduct to the prejudice of good order and military discipline not involving absence without leave which offense was committed on or about April 29, 1865, and sentenced to be confined at hard labor in charge of the regimental guard of his own reg't to labor during fatigue hours and be confined in regimental guard house while not at labor, said confinement to continue for three calendar months, to forfeit all pay to become due him during said term and to wear a ball weighing 24 pounds attached to his left leg by a chain six feet long while thus confined.  The proceedings, findings and sentence were approved and promulgated in orders dated Aug.1865.
The records also show him July 24, 1865 in reg't guard house and tried by Gen on old charges of May 165.
Aug. 28/65 Sentenced by G.C.M. as stated above.
Oct. 5, 1865 Released from confinement in regimental guard house by order of maj. W. H. Hart comdg. reg't.
Nothing additional has been found bearing on inquiry. 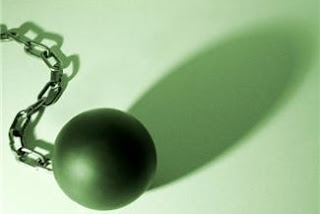