Thankful Thursday: So Thankful Again For The Help

February 21, 2013
I would like to send a huge thank you out to a couple of individuals I have connected with on Facebook recently, who have ties to the city of New Bern. These individuals have been able to provide me with additional information about my great grandfather John T. Harrison Sr. In case you missed it, you may want to check out this prior post about my great grandfather: Tombstone Tuesday: John Thomas Harrison Sr. Revisited.
Well, last evening I figured out something pretty interesting, due to the help I had recently received. I'll explain. These kind folks had access to old pictures of the city of New Bern and in particular of the place my great grandfather worked at Hills Clothiers. John Harrison worked as a tailor at what began as Hills Tailoring Co. The original location of the shop was at 79 Middle Street, but at some point later it moved to another spot a little further north on same street.  The following images are of that later location. 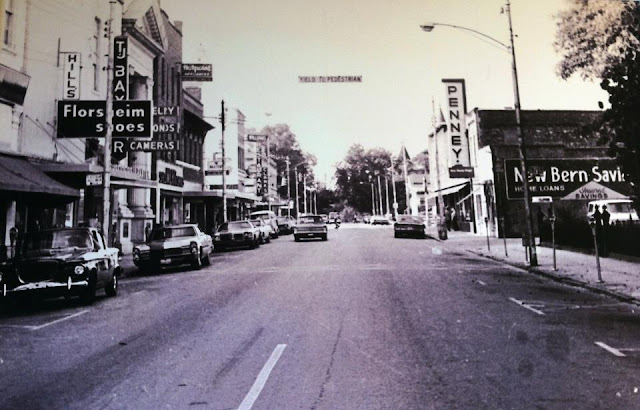 This image is of Middle Street looking North. The sign for Hills is on the left side
of the shot above Florsheim Shoes. The picture was dated 1971. 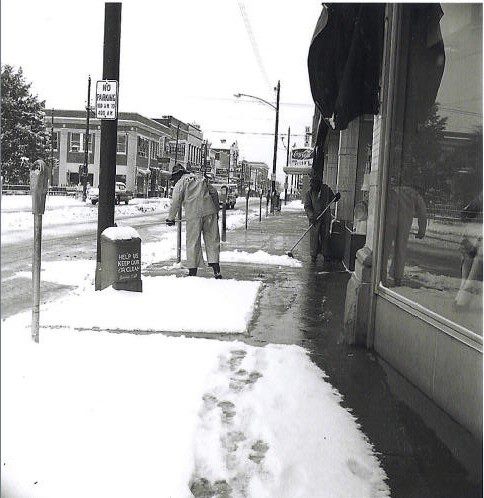 This is a view of Middle St looking south from the prospective of the right front of Hill's Clothiers.

When I saw this shot, it seemed familiar to me in some way, but I just couldn't place it. Then at some point later that night, I said to my self, "Wait a minute." I went into the entryway of my house and looked on the wall. I have hanging there different kinds of memorabilia such as post cards and black and white photos of the places that my ancestors had lived. I pulled this post card off the wall which I purchased about a year and a half ago and proceeded to take it out of it's frame. 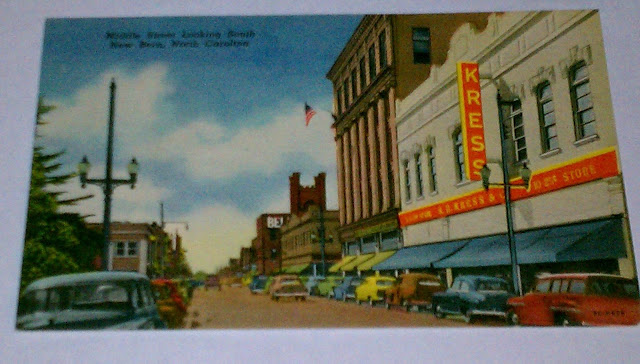 I looked at the first two pictures again. Then I pulled up Google Maps for an additional reference.