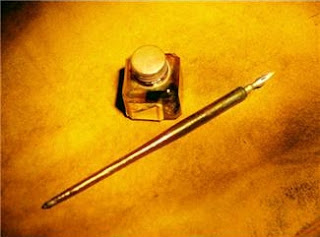 If you missed the other parts to this series, here are the links:


To review, Irvin Ellison was my 3rd great grand uncle on my maternal line. He was the brother of my 3rd great grandmother Caroline Ellison Bryant.  He served in Co. H of the 36th regiment of the U. S. Colored Troops during the Civil War. 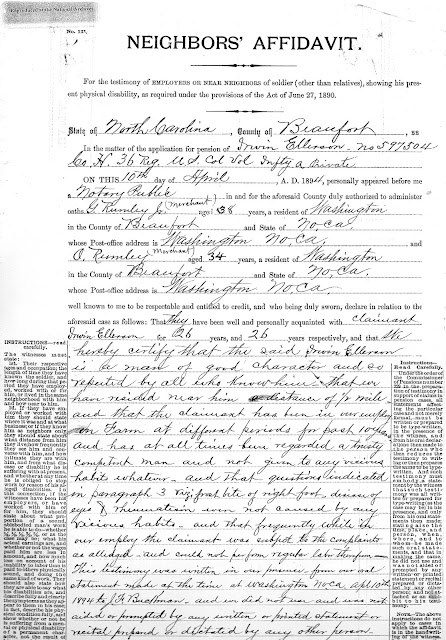 For the testimony of EMPLOYERS or NEAR NEIGHBORS of soldier (other than relatives), showing his present physical disability, as required under the provisions of the Act of June 27, 1890.

State of North Carolina  , County of Beaufort  , SS
In the matter of the application for pension of Irvin Ellison No. 597504 Co. H 36 Reg. U.S. Col Vol Infty a Private.
ON THIS 10th day of April , A.D. 1894, personally appeared before me a Notary Public in and for aforesaid County duly authorized to administer oaths G Rumley Jr.(merchant) aged 38 years, a resident of Washington in the County of Beaufort and State of No. Ca. whose Post-office address is Washington No. Ca.
well known to me to be respectable and entitled to credit, and who being duly sworn, declare in relation to the aforesaid case as follows:  That they have been well and personally acquainted with claimant Irvin Ellison for 26 years, and 26 years respectively, and that We hereby certify that the said Irvin Ellison is a man of good character and so respected by all who know him that we have resided near him a distance of 1/2 mile and that the claimant has been in our employ on farm at different periods for past 10 years and has at all times been regarded a trusty competant man and not given to any vicious habits whatever and that questions indicated in paragraph 3 viz:  frost bite of right foot, disease of eyes & rheumatism even not caused by any vicious habits and that frequently while in our employ the claimant was subject to the complaints as alleged and could not perform regular labor therefrom.  This testimony was written in our presence from our oral statement made at the time at Washington, No.Co. Apl 10th 1894 to J.F. Buckman and we did not use and was not aided or prompted by any written or printed statement or recital prepared or dictated by any other person and not attached as an exhibit to this testimony 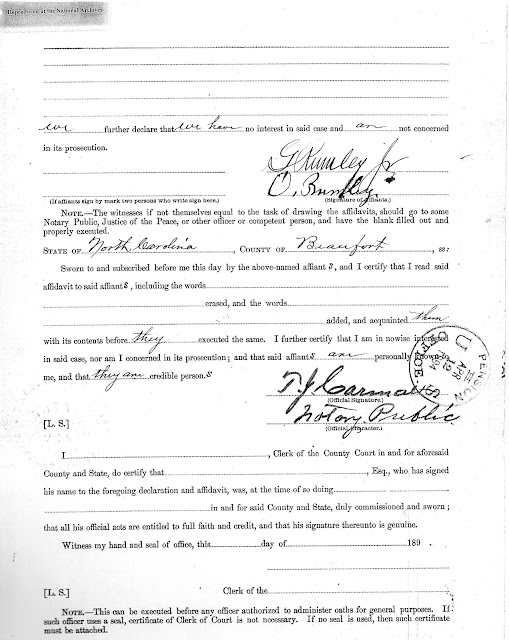 we further declare that we have no interest in said case and are not concerned in its prosecution.

G. Rumley Jr.
O. Rumley
Note--The witnesses if not themselves equal to the task of drawing the affidavits, should go to some Notary Public, Justice of the Peace, or other officer or competent person, and have the blank filled out and properly executed.

Note. --This can be executed before any officer authorized to administer oaths for general purposes.  If such officer uses a seal, certificate of Clerk of Court is not necessary.  If no seal is used, then such certificate must be attached.

You might be asking, why did I feel it was so important to highlight this affidavit? Well, the reason is this. It turns out that G. Rumley Jr. and O. Rumley were important people in the city of Washington, NC in 1894. We'll learn more about them in my next post.