Not So Wordless Wednesday On Thursday: More From the Civil War Pension File of Irvin Ellison--Part seven

February 14, 2013
In case you missed any part of this series, here are the links:

I had all good intentions of getting this post completed yesterday but my eyes were about to fall out of my head last night and my hubby needed some attention. So it is, what it is. :) On part six of this series, I left off with the question, Who were G. Rumley Jr. and O. Rumley? They both gave testimony in defense of my 3rd great grand uncle, Irvin Ellison's character. So who were they?

It turns out that the G in G. Rumley stood for Gilbert. Gilbert Rumley (Sept. 19, 1855--Jul. 15, 1930) was the son of William Rumley and Henrietta Blount Rumley of Washington, NC.
O. Rumley was Otway Rumley (Dec. 2, 1859--Nov. 16, 1924) and he was Gilbert's younger brother. I believe that Gilbert Rumley noted on the affidavit that he was a Jr. to distinguish himself from the other Gilbert Rumleys in the family. His grandfather went by the same name as well as an uncle. Since the Rumley brothers had their names and ages listed on the Neighbor's Affidavit, it was fairly easy to locate them in the census.

The family appeared to be owners of a farm as of 1880 and the household was headed up by Henrietta, Gilbert and Otway's mother.  Gilbert's occupation was listed as a farmer while Otway's was shown to be farm labor. According to the affidavit in Irvin Ellison's pension file, they had known him for a period of 26 years and that he had been employed on the farm during the 10 years prior to April 10,1894. So they had known of Irvin since about 1868. Amazing! Talk about a good character reference. Gilbert's grandfather had been a county clerk of Carteret County, NC.  I guess it must have been in the blood to serve the county, because by 1900, Gilbert Jr.'s occupation was listed as an official of Beaufort County. Otway Rumley was shown to be a provisions dealer

Gilbert Rumley later went on to become the register of deeds of Beaufort County. I love Google! We are so lucky these days to be able to type in a few key words and instantly gain access to images and information. One of the things that I came across when I did this for Gilbert was this. 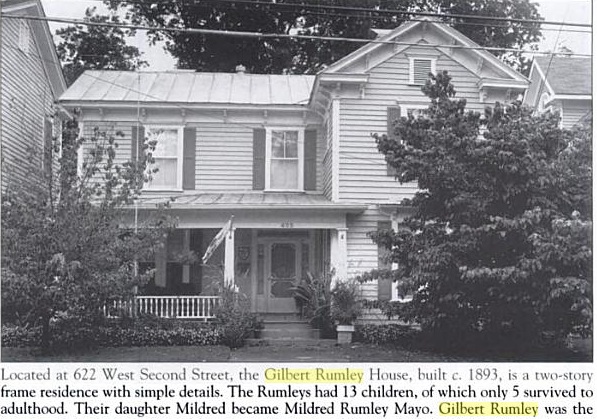 I don't know how you guys out there reading this feel, but I love seeing some of the places my ancestors may have seen.

Ottaway Rumley continued to run the family farm until his death in 1924. Gilbert Rumley served as register of deeds until he passed away in 1930. 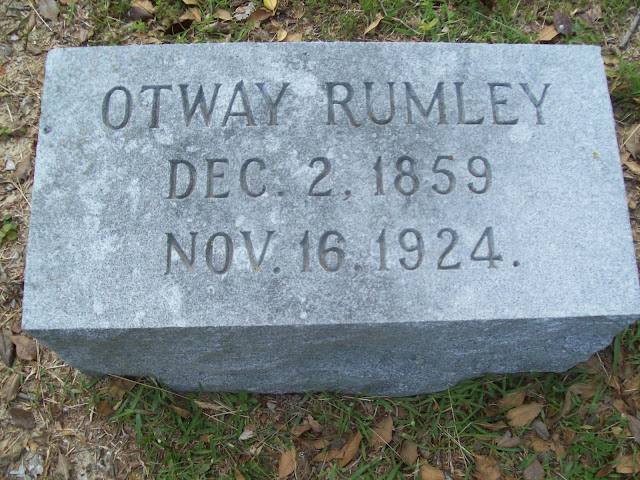 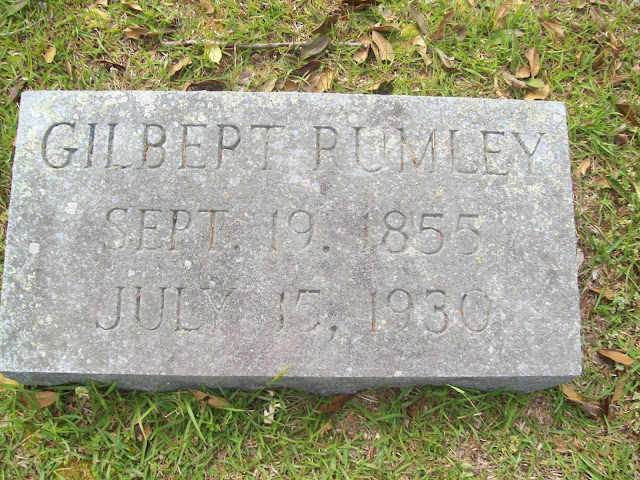 Why all the fuss over these two guys? Well there is something to be said for having good character witnesses. If you recall from part four of this series, I showed the Physicians Affidavit that was written by a J. H. Baker on Jan. 4, 1893, which subsequently led to Irvin Ellison's pension being revoked. It was later reinstated after another doctor, P. A. Nicholson, examined Irvin Ellison and wrote up another Physician's Affidavit contrasting the prior doctor's findings. I can't imagine the hardship that my ancestor went through during that period of time when he went without his pension. I bet after that occurred he tried to do whatever he could to ensure he would not lose it again. He knew he needed the backing of the right people.

One thing that my mind longs to see when researching my ancestors, is to find those folks who along the way were willing to show some compassion. I feel this was the case with the Rumley brothers. They came from a place of means. They didn't have to write an affidavit. That was of their choosing. While researching the Rumleys, I found a passage in a book called "Washington and the Pamlico" edited by Ursula Fogleman Loy and Pauline Marion Worthy. The passage reads as follows:

Gilbert Rumley, father of ex-sheriff William Rumley, was Register of Deeds and was also greatly beloved by everyone.

It would seem to me that these folks had a bit more compassion than others of the time.  For what it is worth, I would like to say thank you to Gilbert and Otway Rumley for submitting the affidavit for Irvin Ellison.