Looking For Clues On The Life Of Ula Goodrich Jones 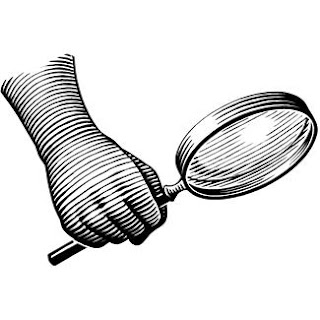 This post is dedicated to my cousin Jane. Jane I am keeping an eye out for any info I can find on your grandmother Ula.  This is what I know thus far.

For those of you new to my Jones family line and Ula's connection to it, here's a quick recap. Ula Goodrich was married to my 1st cousin 3x removed, Oscar Dunn Jones.

Some important information was gained from Monday's post, Amanuensis Monday on Tuesday: Probate Record Of Dr. Oscar Dunn Jones --Part two  I was able to confirm that Ula was suffering from mental illness.  The language used in the record was "Non compus mentus" which translates from latin to mean not of sound mind. In the probate record for Oscar, his brothers James E. Jones and Henry C. Jones were "appointed COMMITTEE with full power and authority to care for and manage the property of the said ULA V. JONES."

Now back when I was initially researching  her husband Oscar Jones, I recalled that I found Ula possibly in two separate entries on the 1940 census.  Here's the first.

Ula and her family are shown residing at their home at 1128 Lafayette Avenue in Baltimore, MD. Next is the other census entry.

And here's what the top of the census page read.

Hmmm. Was this the same Ula Jones? The answer turned out to be yes. Between the conversation I had with my cousin Jane and the information that I found in the probate record of her husband, I had confirmation now that this was indeed her. Neither Jane nor I know what sort of mental illness she was suffering from. Too often people were institutionalized back then for conditions that are now easily treatable via medicine and/or therapy.

Who was Ula Goodrich and where did she come from? As of now, this is what I have been able to find. Ula Goodrich's family resided in Washington, D.C. Her parents I believe were a Henry and Alice Goodrich and this is the family group as it appeared in the 1900 census.

On a preliminary search, I found some interesting things about Ula Goodrich Jones's older brother, William. That will be the subject of my next post because my children are tugging on me to go out and play. It's been awhile since I've done a cliffhanger so try not to be too annoyed with me. :) Happy researching everyone!
Goodrich Jones family