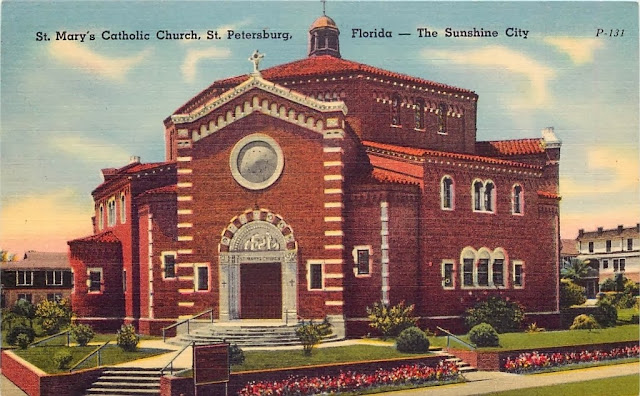 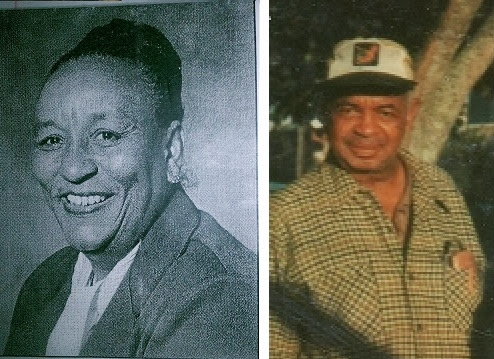 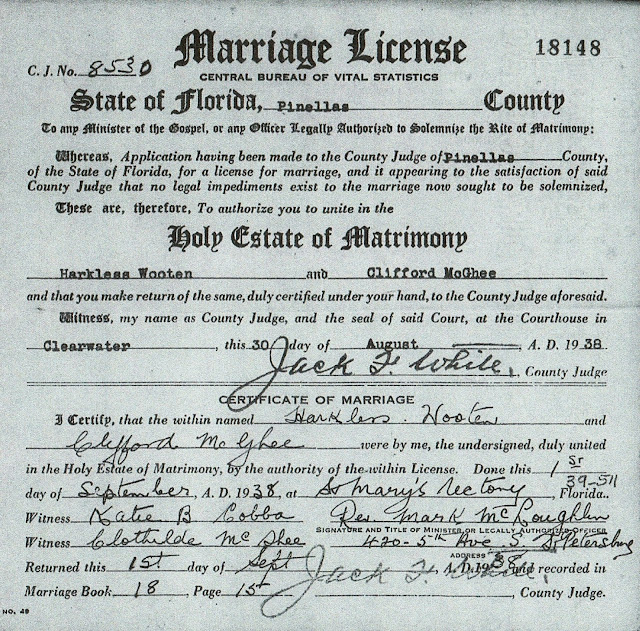 
It's been a busy week y'all so it's been hard to make time for genealogy. In between my running errands, I have been reviewing what collections are available state by state on FamilySearch.org and I have found some new goodies. Hooray! This is the marriage license of my 1st cousin 2x removed, Harkless Wooten and his bride Clifford McGhee.   Harkless was the son of maternal great grandmother's sister, Mary Jones Wooten Price. The following snippet is from his obituary:  "He was a master chef at the Dunes Club, the Coral Bay Club, the John Yancey Restarurant all on Bogue Banks, and the Atlantic Hotel, which once stood in Morehead City." For more on Harkless and Clifford McGhee Wooten check out the following posts:

So who was Sylvia Bryant? Harkless Wooten to the rescue.