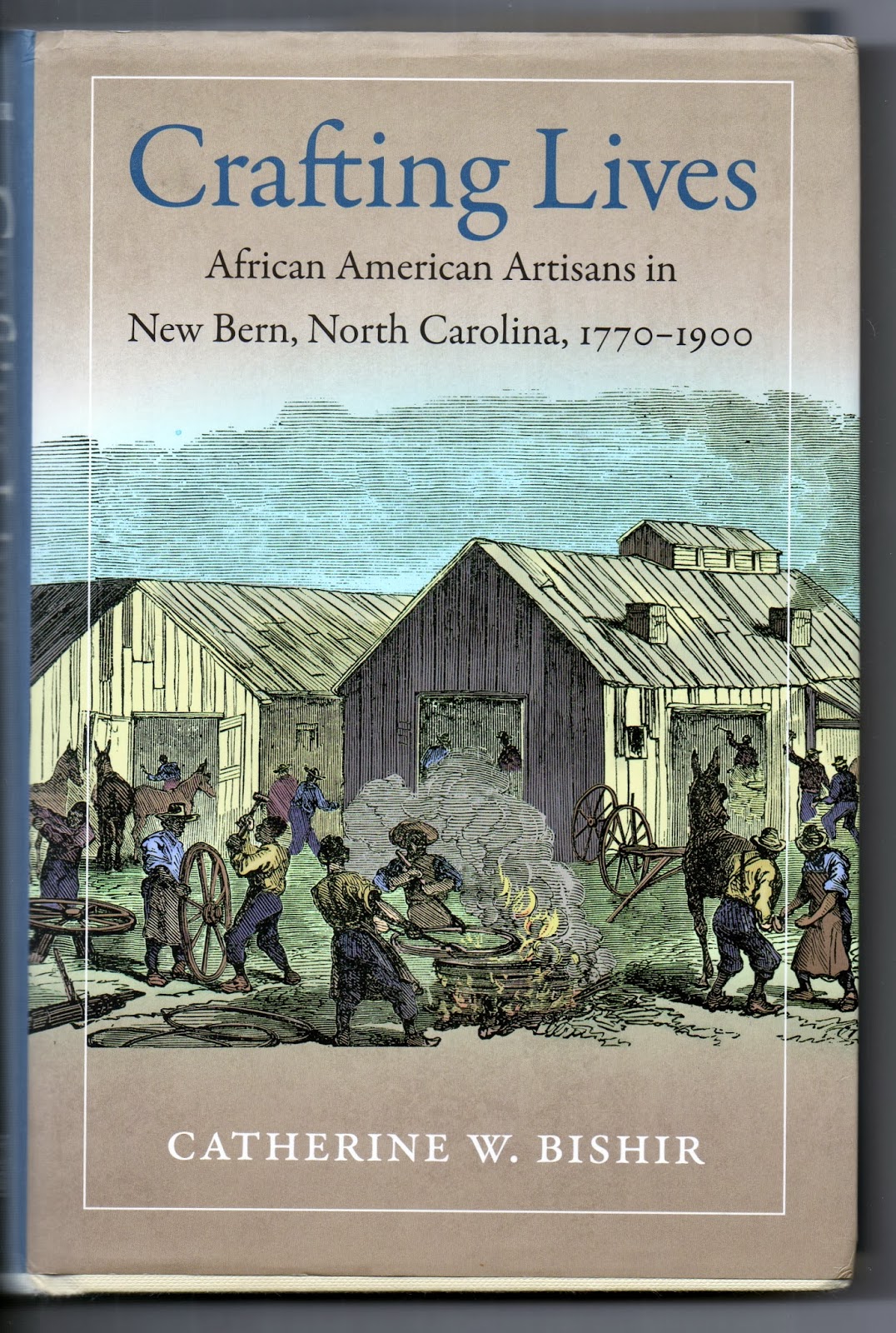 I've been reading in my spare time Catherine W. Bishir's, Crafting Lives:  African American Artisans in New Bern, North Carolina, 1770--1900.  This recently released book provides wonderful insight into what the lives of freed people of color and slave artisans were like from one of my ancestral places.

I only found out about this book due to a recent Google search I did. I was attempting to learn more about a fraternal order my 3rd great grandfather was associated with in New Bern, NC called the United Brotherhood Society. I used "United Brotherhood Society" and "New Bern" as my search terms and Bishir's book came up showing a mention of the group in the index of her book.

Here's a little background on my 3rd great grandfather Simon

A couple of years back, I learned that Simon Harrison was listed as president of a Charitable Society, according to an entry I found in the Freedman's Bank Records. 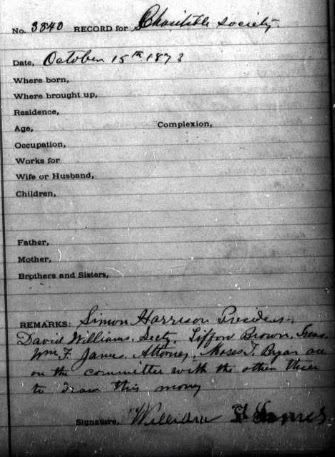 That "Charitable Society" turned out to be the United Brotherhood of New Bern, NC. Earlier this year I signed up for a subscription to Newspapers.com and ever since then I've been putting that subscription to good use.  I was able to find a couple newspaper postings mentioning Simon and this particular society. 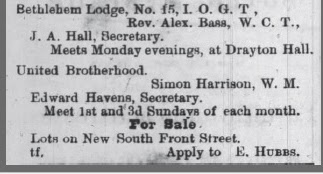 
The purpose of the society, I have yet to determine but I do know that many of those who were listed on the act incorporate it in 1874 were affiliated with the Methodist church and were also woodworkers by trade. When I purchased the book, Crafting Lives, I was really and truly hoping maybe there might be a mention of my Simon somewhere within it or perhaps maybe some more details about this specific organization. Well, that was not to be the case. No Simon and only one brief mention of the organization. The book has helped me get a better sense of what he was like through another way. There are a few individuals mentioned in Crafting Lives, who were in the same social circles as him.  By learning about their lives, I have gleamed a little bit more about what the life of my Simon Harrison must have been like.


To get a better understanding of what I am talking about, take a look first at the act to incorporate the "United Brotherhood." 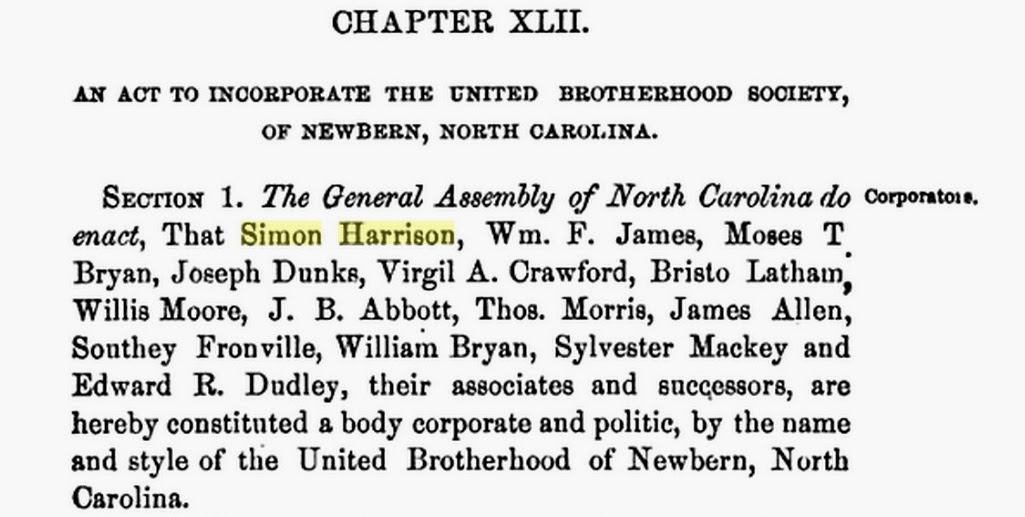 From The Laws and Resolutions of the State of North Carolina,
Passed by the General Assembly at Its Session 1873--1874

Virgil A Crawford and Edward R Dudley are mentioned quite a bit in the book. There are also brief mentions of some of the other individuals listed above.

Reading Crafting Lives, motivated me to look over what I already knew about Simon and to finally inquire about what became of him.

This is what I knew:

On his son Thomas Duke Harrison's death certificate, it listed Simon Harrison and Sophia Boyd as parents. The informant on this document was Thomas' wife Mary, so I feel fairly confident that this information is correct.

A marriage record in the "North Carolina, Marriages, 1759-1979," index for Simon Harrison and Rosanna Smith, Aug. 11, 1866. (Probably a second marriage after Sophia Boyd died, I am speculating.) I believe that Simon and his wife Rosanna are listed living at dwelling #49 and that the census taker took down his name incorrectly, listing him as Samuel.  His occupation was a watchman. Note, that I have highlighted the names of two other members of the United Brotherhood Society, Edward R. Dudley and Bristow Latham who were living nearby at the time.

For the year 1880, Simon's last name was written down as Harris, again what I believe to be another error on the part of the census taker. He is still with his wife Rosanna but his occupation changed to a sailor. The street he resided on was Jerkins Alley which goes along with what I found in the 1880 Chas. Emerson & Co.'s Newbern City directory.

What became of him? Why wasn't he in Crafting Lives when his contemporaries were?  Did something happened to him to cut his life short?

Well the answer is yes.

Simon Harrison aged 58, died of a rupture in New Bern on November 3, 1883 and was buried on November 4, 1883 at Greenwood Cemetery in New Bern. He is at rest at the same cemetery as his son and grandson, Thomas Duke Harrison and John Thomas Harrison Sr.

So thanks again to Victor for your help and thank you Catherine W. Bishir for inspiring me to dig a little deeper.