June 21, 2014
Victori Bass of The Griot Gram Family History Writing Group on Facebook put forth a challenge due the week of June 18th--24th to fellow bloggers to share stories or information about our ancestors who either fought in or lived through the Civil War in honor of Juneteenth. This challenge is being called Juneteenth Junction. If you have an ancestor you would like pay tribute to, take some time out to share what you know.  Thank you Victori for suggesting such a great idea.

I am paying tribute to my 2nd Great Grand Uncle, Augustus Whitney, for this post. August Whitney was the brother of my maternal 2nd great grandfather Samuel Whitney. He was born around 1840 in Hyde County, NC to a Thomas and Margaret Merritt Whitney. It is not entirely clear whether or not Augustus and his family were slaves or free prior to the start of the Civil War. On my post, 52 Ancestors: #17 Thomas Whitney--How Did You Get To Hyde County?, I wrote about Augustus's father and how my family's oral history about this family line is that it was of African and Portuguese decent. My theory is that Thomas Whitney may have been one of four free people of color listed on the 1830 Federal Census entry for a Samuel Whitney in neighboring New Bern, Craven, NC. Perhaps the family was free? In any event, the Whitneys resided in an area referred to as Lake Comfort, NC by 1870.


Starred area is the approximately where Lake Comfort is located.

A couple years ago I ordered Augustus Whitney's Civil War pension file which provided an affidavit from a Dr. M. M. Murray. Dr. Morgan Monroe Murray was Augustus Whitney's employer prior to the war. He described Augustus as being "sound" while he was in his employ and that he worked as an "office boy." You can read the entire affidavit on my post, Augustus Whitney--Slave or Free Person of Color?  It would seem to me that working for the town doctor would provide an opportunity to meet and know many members of the community. This probably bore some advantages to Augustus and his family.

Augustus Whitney enlisted in Co. D of the 1st regiment of the N.C. Colored Infantry in New Bern, NC on May 21, 1863. This regiment was redesignated the 35th USCT on February 8, 1864. I went on a website called The Civil War Archive to find out what sort of action this regiment saw in the war. Here's an excerpt:


Regiment lost during service 4 Officers and 49 Enlisted men killed and mortally wounded and 1 Officer and 151 Enlisted men by disease. Total 205.

I remembered when I reviewed Augustus Whitney's Military Service Record awhile back that there were a couple of months he was marked absent on the muster roll and I vaguely recalled that he was hospitalized at some point. The battle of Olustee took place on February 20, 1864. I checked his service record again to see if he was present the month of the battle and if his hospitalization was perhaps related to this.

It appears he was present for that battle. I reviewed through the next several pages after this to see when in fact he was taken ill.

He was noted absent since November 26, 1864. It appears that he like many other soldiers became ill due to unsanitary conditions, poor nutrition and exposure. Thankfully, he was able to recover. There was no mention of hospitalization on this service card, so back to the pension file I went. I knew he was hospitalized at some point. 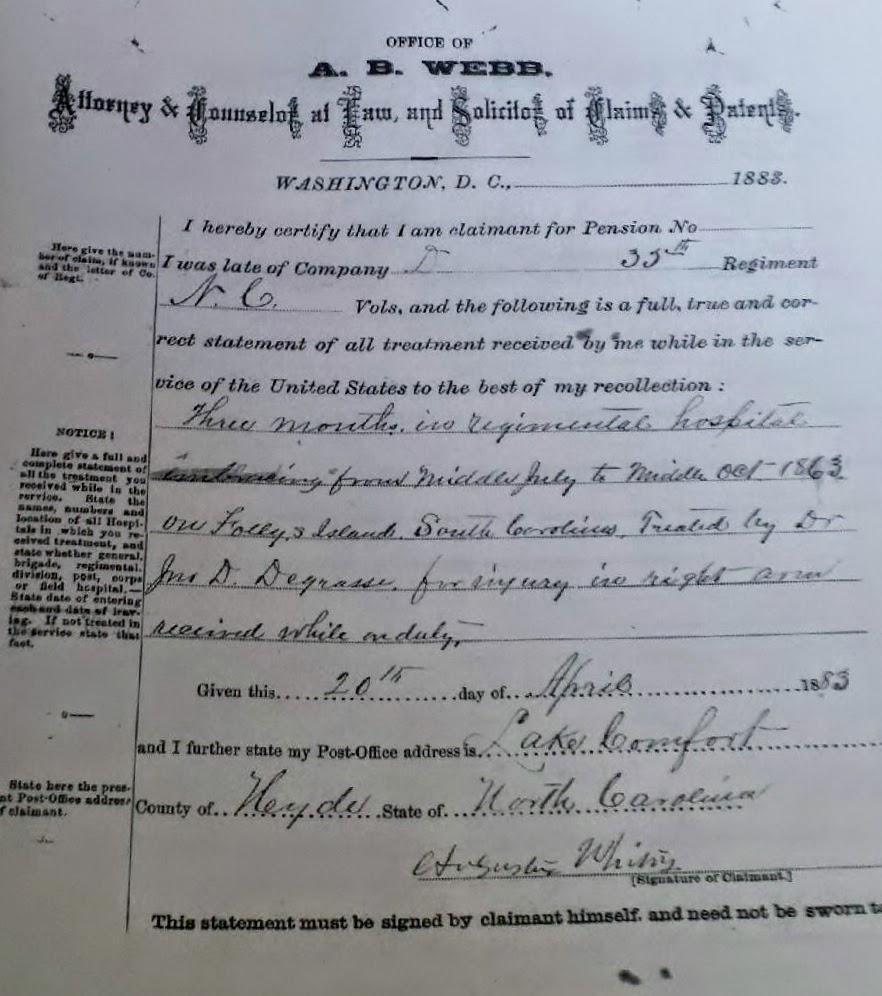 And of course this is when I realized that I had written about this before on a post I did back in October 2011 called, How Did Augustus Whitney Become Injured During The War?  He had injured his right arm in a fall and was in the regimental hospital for approximately three months recovering. For further details on circumstances regarding his fall, take a look at that post. Augustus had mustered in to the 35th USCT on June 30, 1863 and no more than 15 days later was injured. How frustrating that must have been for him.

I also found another site to be very helpful called, The Battle of Olustee.org. Along with providing me with additional information about the 35th USCT, this page provided references to other books or resources which of course has led me to making some purchases on Amazon.com. (Smile)

One thing in particular that I enjoyed reading about on The Battle of Olustee site, was the eagerness of the colored regiments to learn how to read and write in their spare time. With all the struggles those men endured during their lives, their spirits were not broken. They were going to better themselves and their position and they knew that started with education. I wonder if it was during the war when Augustus learned how to read and write?

Despite injury and illness, Augustus Whitney was promoted to the rank of corporal before he was mustered out. I am very proud of his service. Also, I am very proud of how he was able to persevere and create a life for himself. He married a Susan Ann Burns and they had eleven children together.  After the war, he struggled  with various ailments and fought continually for increases in his pension due to his deteriorating condition. The process of applying for an increase in pension was very time consuming. It involved Augustus getting affidavits from people who could vouch for his character and for him to be physically examined by a doctor who would then have to fill out the proper medical reports. His frustration regarding this process can be felt in this letter dated January 25, 1902. 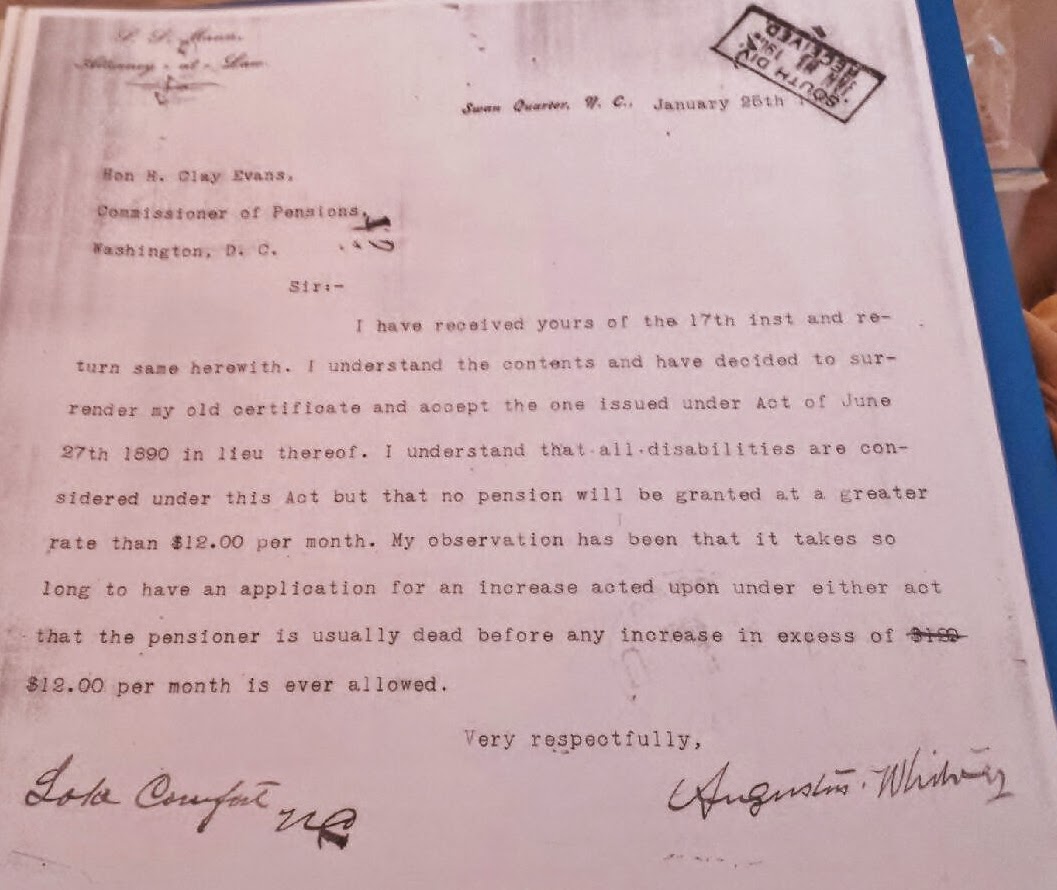 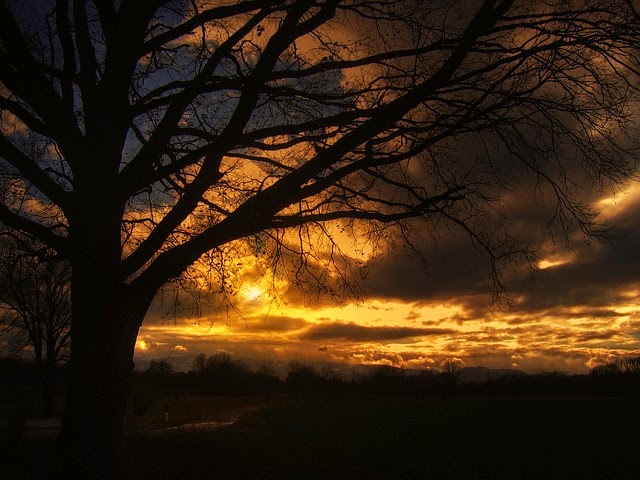 In memory of Augustus Whitney.