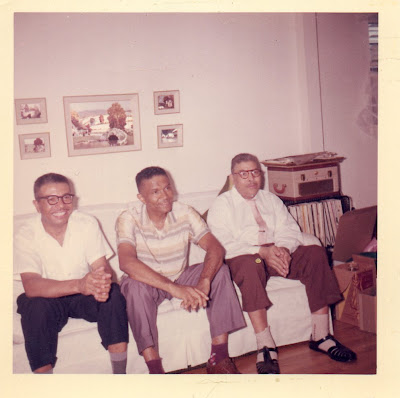 I didn't realize that my Grandmother had any brothers until I think was about 8 or 9 years old. All three died before I was born and I don't recall seeing any pictures of them when I was a child. According to my Mom, Frank grew up in the house next door with his Grandmother Rosa while the other children lived with their parents at 1400 Fisher St.  Frank was the oldest so perhaps when he came along with both parents  working, his grandmother stepped in to become his primary caretaker. I do know that he referred to his grandmother as "Momma".