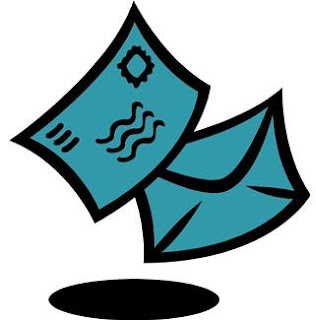 I love receiving things in the mail and what a treat it was last week to receive my great grandparents marriage license in the mail. Secretly I was hoping beyond hope to find the name of Frank Bryant's father listed on it, so I could finally break down this brick wall. No one in the family knows who he was and I have not been able to find any records which disclose this important piece of information. I knew it probably wouldn't be there, but one can always hope, right? 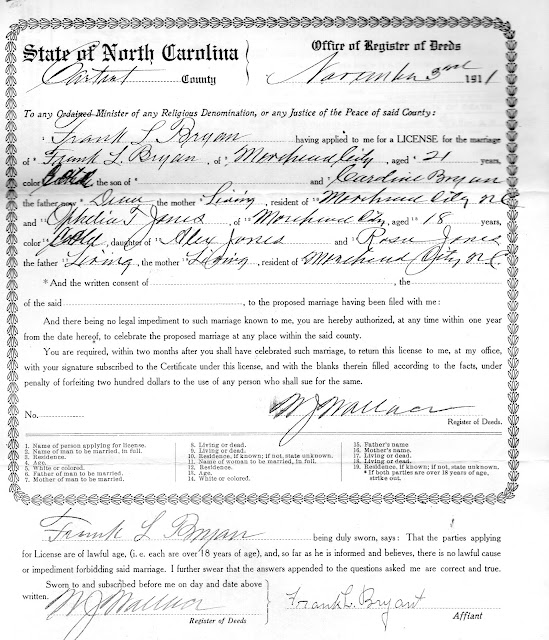 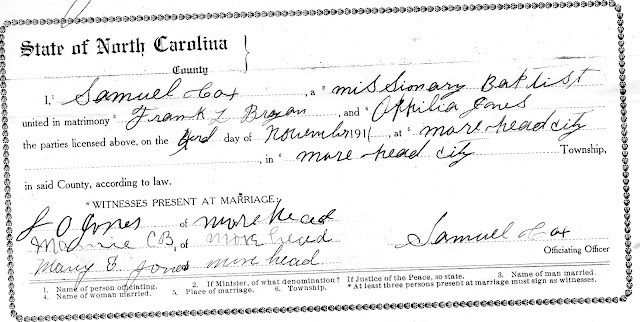 I, Samuel Cox, a missionary Baptist united in matrimony Frank L Bryan and Ophelia Jones the parties licensed above, on the 3rd day of November 1911 at Morehead City____________, in Morehead City Township, in said County, according to law,

Some interesting things to note. The registrar spelled the family surname without the "t" on the end. Also, Caroline Bryan is listed as his mother. In actuality, Frank Bryant's mother was a Jonas Bryant and Caroline was his grandmother. Perhaps this was an assumption made by the registrar or perhaps Frank felt closer to his grandmother than his own mother. Unfortunately, there is no father listed.