October 22, 2013
For details about The Book Of Me, Written By You project created by Julie Goucher, of the Anglers Rest blog, please refer to this link:  http://www.anglers-rest.net/book-of-me-written-by-you.html


The prompt for week 7 is Grandparents

Granddaddy was born on August 16, 1903 in St Philip Parish, Barbados in an area of the island called Marley Vale.  His parents were a George Murrell and Frederica Augusta Innis/Ennis. 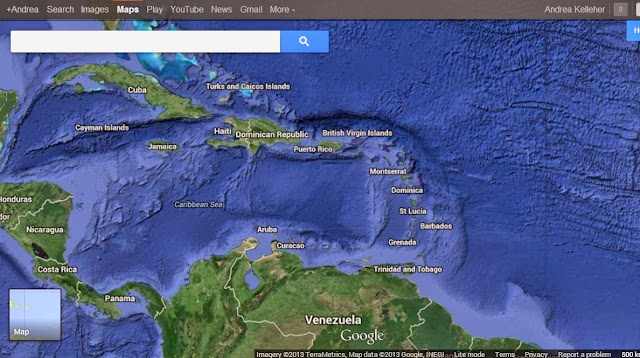 Image courtesy of Google Maps
View of the Caribbean

Image courtesy of Google Maps
Marley Vale, Barbados is located on the east coast of the island.

Harold was one of four children born to his parents, George and Frederica. His siblings names were Rupert, Edna and Lillian.  I believe Rupert was the oldest and cared for his two younger sisters who never married.  My grandfather left the island when he was in his early twenties in search of work. He spent a year in Venezuela, building oil derricks before he came to the U.S. You can read more about my grandfather in these posts:

Ethel Smith was born on January 6, 1911 in Wilmington, NC. According to her birth certificate, Ethel's father was a man by the name of John Edward Smith who's occupation was a carpenter. That is pretty much all I know about my great grandfather unfortunately. My grandmother's mother was an Ella Carr. Or was it Ella Hayes? Perhaps it was Ella Dixon? Confused yet? Well, you can learn more about her in The Mystery Surrounding My Great Grandmother Ella.

My grandfather arrived in New York on September 29, 1927. He met my grandmother while they were both working at the Morgan Laundry in Harlem. They were married in 1932 at Abyssinian Baptist Church in Harlem, New York by Adam Clayton Powell Sr. 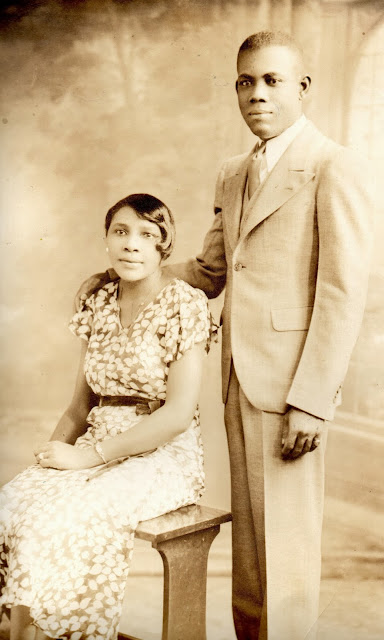 My grandparents were both retired by the time I came along. I believe my grandmother Ethel worked for a company that made yogurt cups for Dannon. Grandpa was with NY transit. When I was little, they were simply Mom Mom and Grandaddy to me.

I had a wonderful relationship with my grandparents because I truly got to know them. They babysat my brother and I when we attended Catholic school in St. Albans, New York. My grandfather would pick us up after school in his red Chevy Nova and bring us back to the house. I would often draw pictures or color at the kitchen table. I went on walks with my grandfather and his German Shepherd, "Shane." He was a quiet man with a gentle spirit. Many times we wouldn't even talk when we were on these walks together. I would just take in the quiet and be present with my surroundings. Those quiet moments with Granddaddy, I will always remember. Mom Mom would make us a snack and then my brother and I would watch cartoons or play outside until my mom finished working for the day and came to get us.

The one thing that sticks out in my memory the most about my grandmother is how much she enjoyed watching people eat her cooking. It was her way of doling out love to those who were closest to her. She enjoyed gardening and had beautiful flowers featured in beds all around the yard.  The largest bed was along the driveway of the house. There were all sorts of roses, gladiolas, irises and so many other types that I didn't know the names of. She would cut some and make an arrangement so I could share with my teacher the next day.

Seeing them daily, allowed for the development of a close relationship.  I will be eternally grateful for the time we shared together.

My recollections about my maternal grandparents I will feature in part two.

© 2014, copyright Andrea Kelleher. All rights reserved.
Barbados The Book Of Me