The Book Of Me: Prompt 7 --Grandparents --Part Two

October 28, 2013
For details about The Book Of Me, Written By You project created by Julie Goucher, of the Anglers Rest blog, please refer to this link: http://www.anglers-rest.net/book-of-me-written-by-you.html

The prompt for week 7 is Grandparents

I decided to divide this prompt into two parts with part one covering my paternal grandparents. If you missed part one, here's the link:  The Book Of Me: Prompt 7 --Grandparents --Part One

I have always found it kind of funny that my maternal grandparents met when they came to New York, when both of them were born in cities within 35 miles of each other.

My grandfather Lemuel was born February 20, 1921 in New Bern, NC. He was one of 13 children born to John Thomas Harrison Sr. and Carrie Ethel Whitney Harrison. He was the fourth oldest of the children. His mother passed away after complications arose after the birth of her last child in August of 1939. This left her husband John to care for the children who remained at home while maintaining his job as a tailor at Hill's Tailoring Co in New Bern. My great grandfather John was a strict man who had a lot on his plate to handle. I sense that his children were urged to hurry up and grow up so they could move out on their own.

According to my mother, her father chauffeured people to New York from North Carolina when he was about 19 yrs old. This is how he made his way up north. Eventually, he went to live with his sister Sarah Katherine "Kitty" on Atlantic Ave in Brooklyn, NY. In 1941, at the age of 20 he married my grandmother Mary Cole Bryant who was 19 at the time.

Mary Cole Bryant was born July 22, 1922 in Morehead City, NC to Frank Linmore Bryant and Ophelia Jones Bryant.  She grew up alongside six siblings. Like my grandfather, Mary's mother died in 1939.  What a tremendous loss suffered by both my grandparents! I bet they found some comfort in each other since they each knew what that kind of sorrow felt like.


Lemuel and Mary wed in 1941 and they had two children, first my mother and then later my uncle. Their union didn't last however, and they divorced when my mom was a teenager. Both went on to remarry. My grandfather Lemuel married my step grandmother Vadnie Randolph Sutton and they had three children together --two boys and a girl. My grandmother Mary married Cecil Henry Horton from Morehead City. They apparently were childhood sweethearts who initially married other people, but reconnected at some point after my grandparents divorce.  No children were born out of my grandmother's marriage to Cecil and they eventually divorced at some point in the early 1970's I believe. I have no recollections of Cecil from my childhood. However, I did meet him briefly at my grandmother's funeral in 2001. 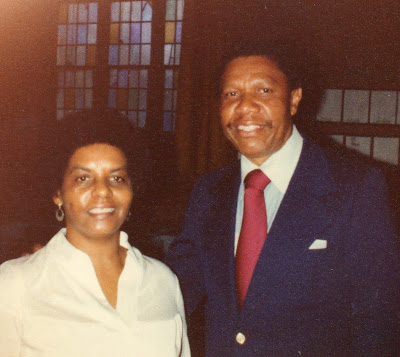 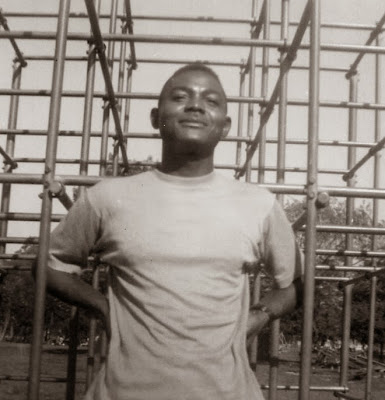 My grandfather was a motorman for NY transit and my grandmother worked various jobs throughout the years. I believe she worked at a bank at some point. In her later years, she was a Family Daycare Coordinator for the Bedford Ave Daycare. I think that was somewhere in Brooklyn, NY.  When I was eight years old, I remember spending the day with my grandmother at the day care center. I sat in with one of the classes of preschoolers for part of the day and had a blast. Recess was my favorite part because there was a playground on the roof of the building which I thought was really cool! I stayed with that class up through snack time and then my grandmother came to claim me. Just before she came, I distinctly remember putting a rude little four year old girl in her place.  All of us kids were sitting at the snack table and I think this one little girl was trying to talk over me or tell me to shut up or something. That's when I announced defiantly to her and the rest of the class that "I was eight years old for your information!" Ha! That makes me laugh now. I guess I thought I was Ms. Big Stuff,  me and my big eight year old self.

In regards to grandparents, I have to say that my older brother and I were extremely lucky. They all lived within fifteen minutes of our house in Cambria Heights. Even better yet, check this out.

Courtesy of Google Maps here's a couple of views of my childhood world.

My grandfather Lemuel's house was 109-56 197th St and is the star located at the top right of this picture. Guess who's house is noted with the other star? The house of my paternal grandparents.

This next image gives an even clearer understanding of how close everyone was to each other.

Needless to say, my brother and I saw all our grandparents quite often growing up.  My grandfather Lemuel loved his kids and grandchildren dearly. He was a sharp dresser. His smile would light up a room and he had the sweetest little laugh that I still remember til this day. It is the thing that takes me back to him. Although he's been gone nearly twenty-six years, if I just listen for the sound of his laugh in my head, an image of his happy face instantly comes to my mind.  He passed away sadly at the age of 66 on December 28, 1987 from cancer.

I have many fond memories of my grandmother Mary Horton (she kept the last name Horton after her divorce from Cecil.) My brother and I would spend the night over at her house sometimes. What a treat that was! I could stay up late and watch The Love Boat and Fantasy Island on TV. On some of these visits. she made a delicious shrimp dish over white rice for dinner. Yumm-O! Oooh I miss that dish. I haven't thought about it in a long time. I inherited my love of a comfortable house dress from Ms. Mary Horton. She would be beautifully dressed to go out to church or work but at home, the house dress was Queen! 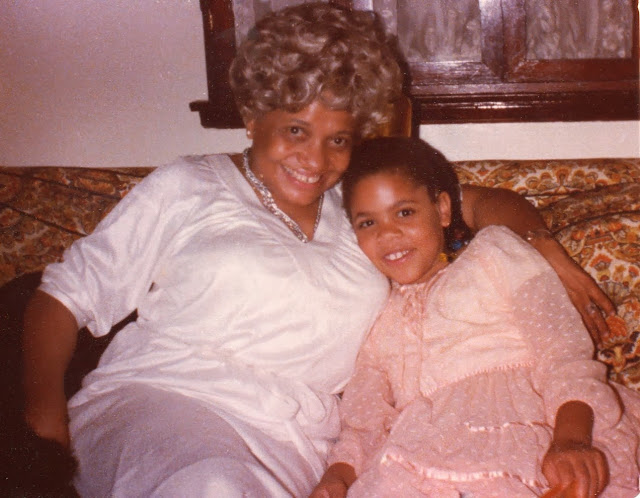 Oh and thank you grandma for this. 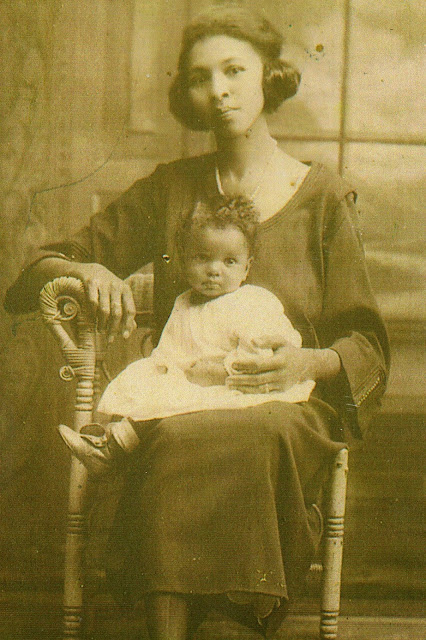 Thank you for displaying this portrait of your mother and you in your home. It sparked the flame of this ancestry journey that I am on. Thank you dear great grandma Ophelia for having those knowing eyes, that stared down at me when I was a little girl.
Bryant family Harrison family Horton my childhood The Book Of Me