52 Ancestors: #10 --Mortimer Mitchell --In Search Of Opportunity And Security 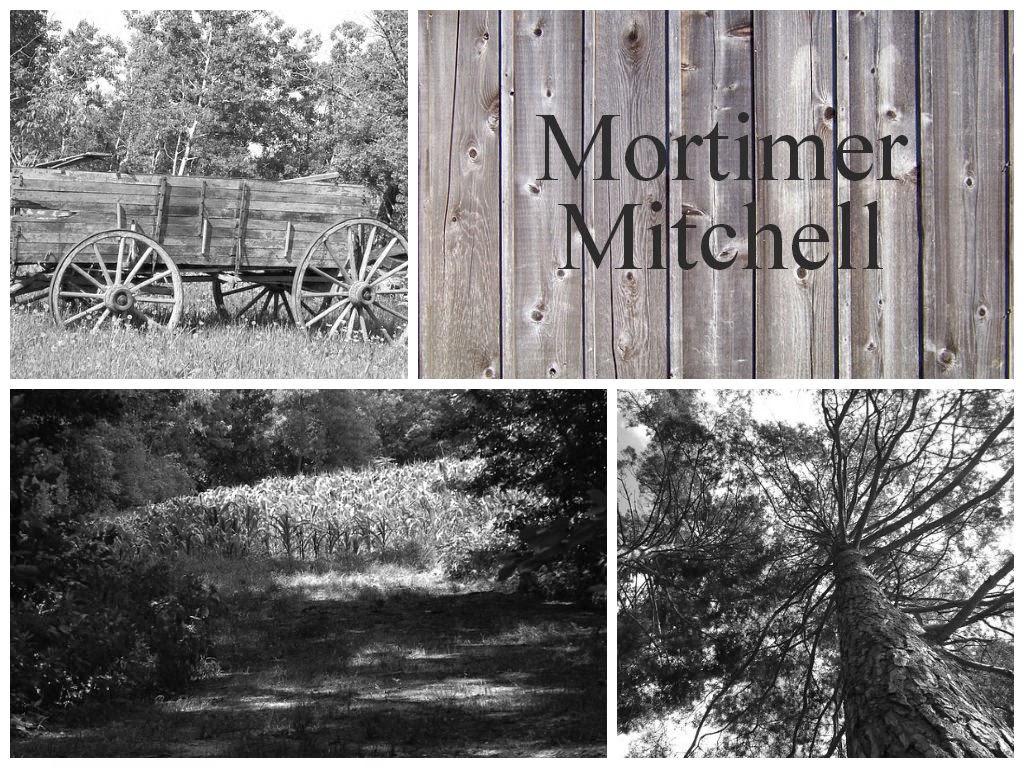 Something has been in the air this week. I think my Riverdale, NC ancestors have been working behind the scenes to provide me with information. It all started with me receiving a copy of a picture of my 1st cousins 3x removed, Annie and Effie Sampson.  That led me to corresponding with a few folks who grew up in the community. With all this Riverdale activity going on, I thought it would be the right time to highlight the life of my maternal 3rd great grandfather, Mortimer Mitchell.

Mortimer Mitchell was born sometime around 1835 in either Martin or Granville County based on information I found on the death certificates of two of his kids. The following marriage record that I found in the North Carolina, Marriage Index, 1741-2004 online database on Ancestry.com, I believe is for my ancestor.  I don't have 100% conclusive proof yet, just a hunch.

I should back up a minute and explain why I think this is him and my 3rd great grandmother, Annie Taylor Mitchell. Mortimer and Annie were together by 1855 because their oldest son was born around 1856. Notice the date that their cohabitation started, was September 7, 1956. That would kind of make sense then.  If this is indeed Mortimer and Annie, it's interesting also to note that Annie is going by the the name "Sarah Ann Hester." Was Hester perhaps a prior slave owners name? Also, could she have been kin to Mott Hester. I've featured Mott Hester here on this blog before but here's a little refresher.  Mott Hester was married to my 2nd great grand aunt Sidney Bryant Hester of Morehead City. Apparently the families knew each other because Mott was the informant on the death certificate of Mortimer and Annie's son Alfred Mitchell.

Another question would be why did Mortimer and Annie move from Beaufort County to Carteret County? Perhaps they had once lived in or around Washington, NC.  If that was the case then maybe this newspaper article excerpt shows the reason why they would have left.

The burning of Washington, N. C.

--The Presbyterian, Catholic, and Methodist Churches at Washington, N. C., were all burnt by the Yankees before they evacuated the town. A letter from a lady residing there says:

‘ The Yankees left on Saturday and took all of the negroes with them; they did not leave a half dozen negroes in the town. It was the greatest day I every witnessed, and God forbid I ever should witness such another scene; for while they were leading, the town was wrapped in one sheet of flames.--They had fired it in several places. About one half of the town is burnt up — all the upper part;

During the Civil War, Washington, NC came under Federal control at the end of April 1863. The Union army was forced to evacuate the city on April 28, 1864. With the city in ruin, any former slaves would be looking for a place that could provide security and opportunity.  The Union's presence since March 1862 in Morehead City and New Bern provided security and opportunities to many former slaves who came to live in those areas. This may be the reason why Mortimer and Annie Mitchell made it to Carteret County and registered their marriage there.

Mortimer and Annie had at least 5 children together.

I am so very proud of this self-made man named Mortimer Mitchell. He is the reason why my Mitchells and Sampson family lines were able to sustain themselves. He is the one who was able to purchase property in 1878 that would become the home to all of them. You can see a copy of the deed on my post The Audacity To Own Land.
On my post Now I Know Where To Go!, I show an aerial view of the property courtesy of Google Maps. 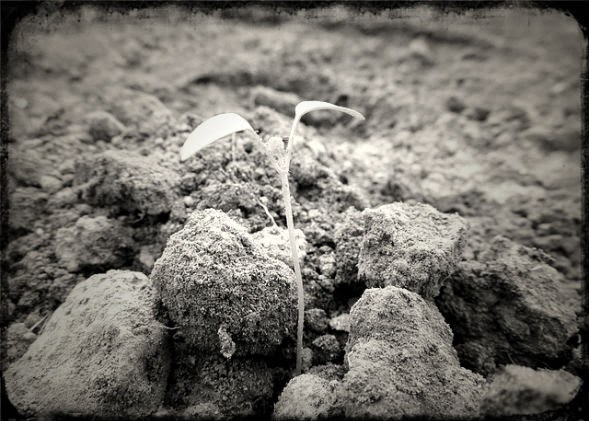 My 3rd great grandfather worked the land he purchased and become a successful farmer. He was able to raise his family and become a respected member of his community. Mortimer's family can be seen on 1870 and 1880 Federal Censuses living in the community they called home --Riverdale.


Here's Mortimer and Alfred Mitchell listed in the Chas. Emerson & Co.'s New Bern Directory 1880--1881 along with other Riverdale, NC farmers. 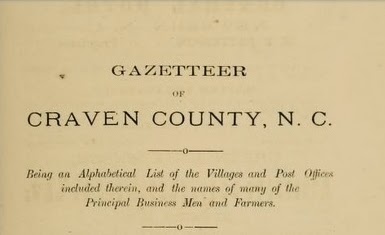 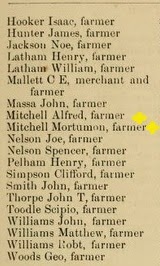 Since Mortimer lived in a rural community, I didn't think I would be able to find much on him when I researched New Bern, NC newspapers on Newspapers.com. I was pleasantly surprised to come across these two mentions. 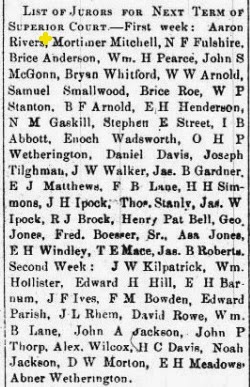 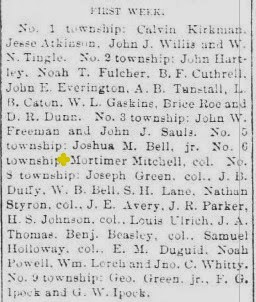 Yes, it's just jury duty. Nothing too exciting but helpful nonetheless. It's helpful because Mortimer died before the 1900 Federal Census. At least now I know his death was sometime between 1887 and 1900.

In January 2012, I visited the cemetery located behind Mt. Olive AME Zion Church in Riverdale, NC.  I was able to pay my respects to my Mitchell and Sampson ancestors. I could not find a stone for Mortimer Mitchell but I did find Annie Taylor Mitchell's stone and there is space next to her grave that may be where my 3rd great grandfather is at rest.
52 Ancestors in 52 Weeks Mitchell Family Riverdale Sampson