52 Ancestors: #13 --Chloe Ann Allen Mitchell --Did She Raise Her Grandchildren? 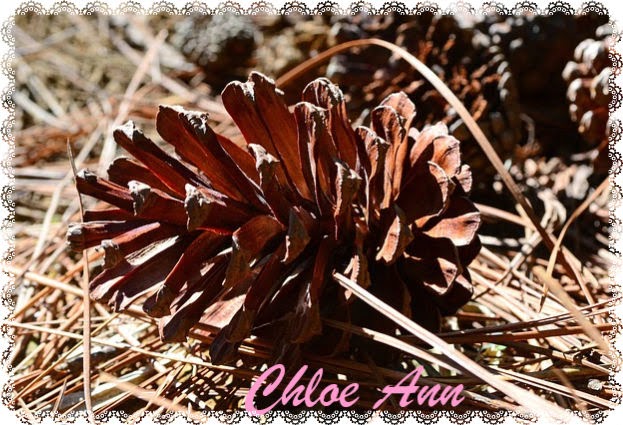 Chloe Ann Allen Mitchell was the wife of my 2nd great grand uncle Alfred Mitchell. She was a Riverdale native, born around 1862 based on information found on her marriage record to Alfred and and the 1870 Federal Census. One of the things she had in common with her husband is that she too had a father who owned property.

Chloe was the daughter of a Solomon Allen and a Daphney Starkey.
I found a record of her parent's union in the North Carolina Marriage Index. 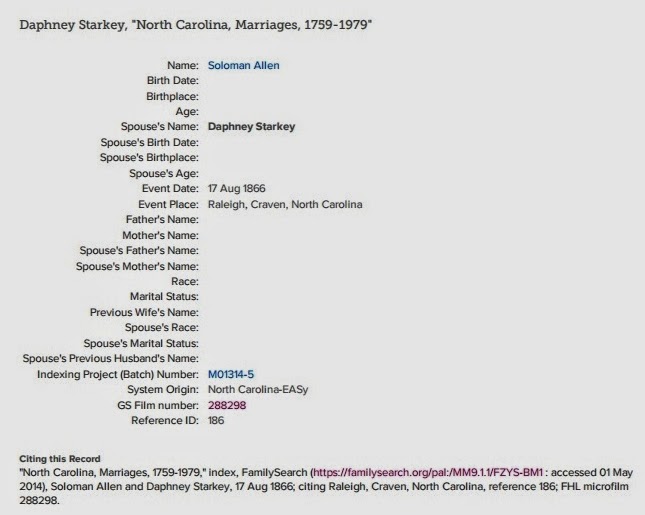 Here she is listed with her parents and her siblings, Thomas, William, and Sarah, on the 1870 Federal Census:


Chloe Allen and Alfred Mitchell were wed on January 29, 1880. The ceremony was presided over by a minister by the name of Edward Bull who was originally from Connecticut. How and why was he residing in Craven County, NC in 1880?  His story I will have to save for another blog post.


Chloe inherited property in her own right from her father Solomon Allen. In a future post I will share a deed showing this transfer of land.

Interesting to note that after 20 years of marriage Chloe and Alfred Mitchell had only one child, Sarah. This makes me wonder if she had difficulties bearing children.

On the 1910 census, it appears that the couple was caring for a grandson, Shem H. This child may in fact have been the child of their now married daughter Sarah Mitchell Ward who was residing nearby with her husband Joseph Ward and their one month old son, Willie.

It's funny how sometimes when you write a blog post, the story starts to come together in your mind of what happened to your ancestors. There was always a point of confusion in my head regarding a Shem H. Mitchell and a Napoleon Mitchell who were listed on the 1920 and 1930 censuses as children of Chloe and Alfred. They both were older in years and though it was possible that Shem and Napoleon could be Chloe and Alfred's biological children, it just didn't feel right to me.

I think that it's quite possible that Chloe and Alfred's daughter, Sarah, died in childbirth having a son, Napoleon in 1913. Although there is no death record, Sarah is no where to be found after 1920. On the census for that year, it showed that Sarah's husband, Joseph Ward, had moved back to his hometown of Vanceboro and was married to a woman by the name of Lizinia Ward. I believe that Chloe and Alfred Mitchell raised their grandbabies as their own.

If this is indeed what happened, I can't imagine the heartbreak of loosing your only child. Chloe Ann had to have been a strong woman to be able to survive this. Perhaps having her grandchildren around helped to soften the blow.

Chloe Ann Mitchell lived her entire life in Riverdale, NC. She died on January 7, 1935. According to her death certificate, the cause of death was apoplexy. I wasn't familiar with this medical term so I referred to the website oxforddictionaries.com for assistance.

Apoplexy:  Unconsciousness or incapacity resulting from a cerebral hemorrhage or stroke. 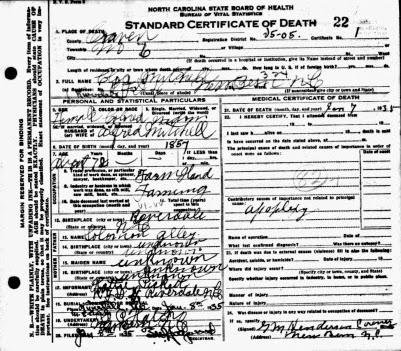 She was buried at Mt. Olive AME Zion Church Cemetery.  I did not find a headstone for her when I visited a couple years ago but I feel her grave is more than likely near the graves of my Sampson and Mitchell kin out there.
52 Ancestors in 52 Weeks Allen Mitchell Family