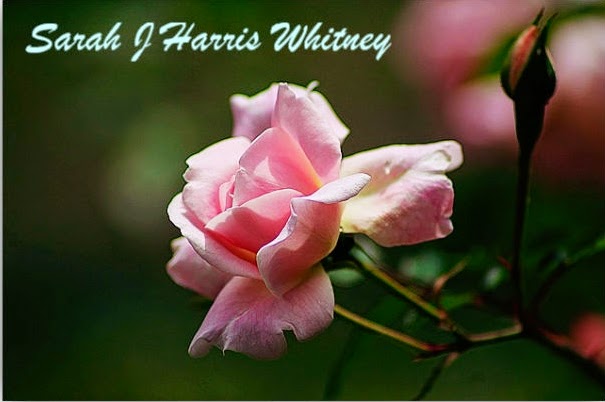 This is what I know of her life so far. According to her death certificate, she was born in Jones County, NC on October 11, 1866 however, an entry in the family bible which I featured here on this blog in 2012 shows her year of birth was 1859.

Image from the Whitney/Harrison family bible.

Sarah married Samuel Whitney on August 8, 1883 in New Bern, NC. From this union, a number 8 children were born. Early on in my research, I knew from the 1900 census that my 2nd great grandparents had lost 2 kids prior to 1900. I didn't find out until a couple of years ago when I had a chance to review through the family bible the names of those who had died.

She worked as a laundress and raised her family on the land that she, her husband and mother purchased in New Bern in July 1883. She remained on that same land even after her husband Samuel passed away in 1916. She was a loving mother and grandmother and assisted her daughter Carrie Whitney Harrison with the raising of her kids. My great grandmother Carrie would go on to eventually inherit the house at 10 Brown's Alley (now 709 Hatties Lane) from her mother.


To see more of the Whitney/Harrison family bible, take a look at these posts: